Former Bharatiya Janata Party (BJP) member Tarun Vijay created uproar after he made a controversial statement by asserting that racism did not exist in India. He backed his claim with the logic that “we have black people across south India”. Soon after he made the unjustifiable statement, Tarun Vijay found himself at the receiving end of hatred from all across the country, especially south India.

The former BJP leader came forward to extend an apology and justify his claim stating that all what he was trying to say was, “we worship Krishna, which literally means black, we were the first to oppose any racism and were in fact victims of racist British”. But the cat was out of the box.  However, while a number of politicians down south lashed out at Tarun Vijay for the remark, it must be noted that Vijay has made a number of efforts in promoting the Tamil language in the past. But the ‘racism’ remark has overpowered the years of work and effort that he put in to promote the Tamil culture.

On several occasions, he has portrayed his undying and vigorous liking towards the Tamil language. He has also time and again expressed his love for Tamil, Thirukkural, and Thiruvalluvar. In fact, Tarun Vijay was awarded the prestigious Thirukkural Thuthar (Ambassador of Tamil epic class Thirukkural by Thiruvalluvar) award for his immense contribution towards promoting the Tamil culture. 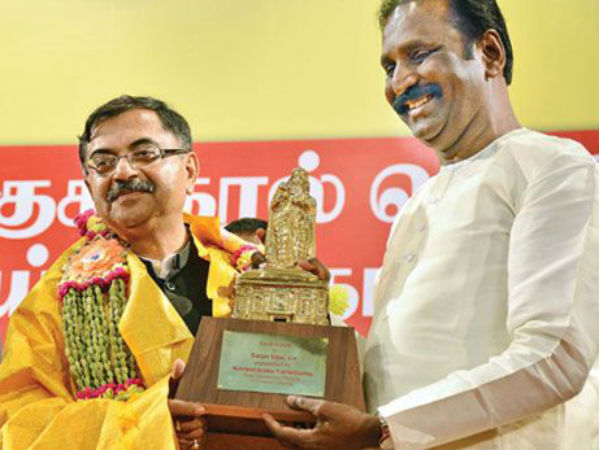 While speaking to a leading news daily, Tarun Vijay had once said: “I am the adopted son of Tamil Thaai (mother) and I feel like I am working for Mother India when I work for Mother Tamil. Everyone should read Thirukkural, since it introduced India and Indians to the world.”

He also rooted for the Tamil language to be named as the national language of the country and had even expressed this wish at the floor of the House. Last year, when he undertook the ‘kural yatra’ he demanded that Thirukural be made mandatory in schools across northern India. He had unabashedly affirmed that he believed that Tamil should get more attention.

Tarun Vijay had a major role in getting the statue of Tamil poet Thiruvalluvar installed on the banks of River Ganga at Haridwar in Uttarakhand. 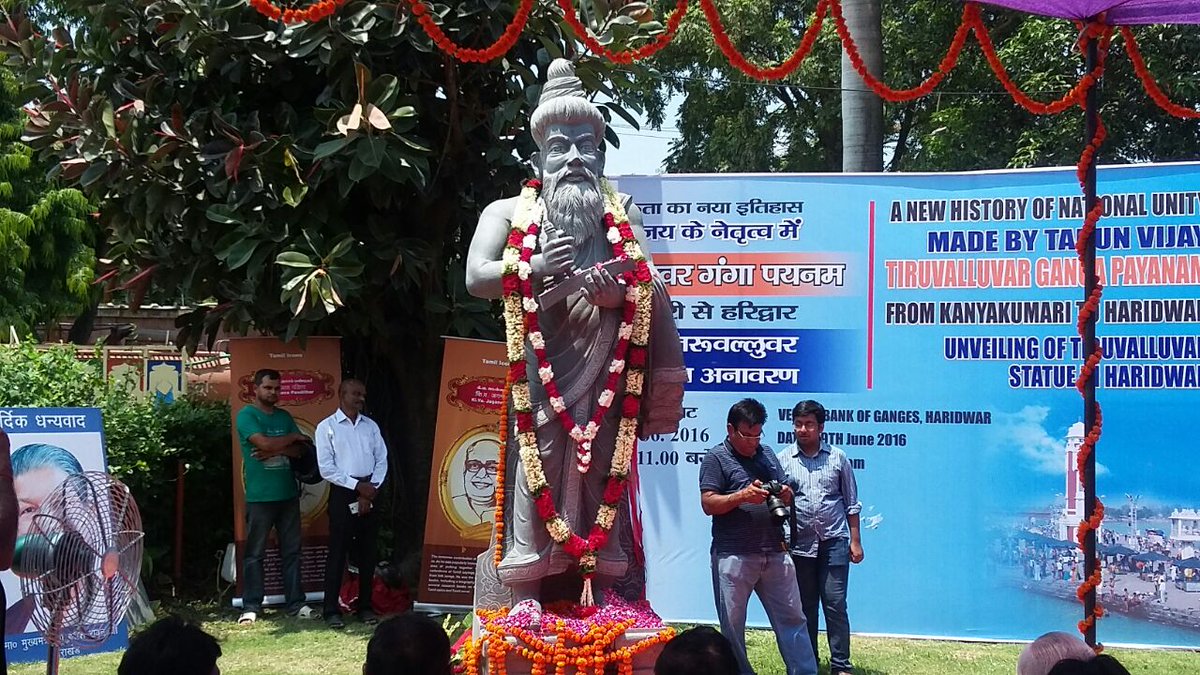 While it is needless to say that Tarun Vijay did make a senseless comment by stating that racism didn’t exist in India and what he said may not justify what he did in the past, the work that Tarun Vijay has done for the Tamil community cannot be ignored either. Cut him some slack, if you may.