On Thursday, hundreds of students gathered at Jantar Mantar to protest against CBSE’s move to re- conduct the examination of class 10 Mathematics and Class 12 Economics papers. The CBSE, on the other hand, said that the decision of re-examination was in “favour of the students”. Notedly, 1.7 million students of Class 10 and 5 lakh students of class 12 will have to re-appear of the test.

1) Why CBSE is conducting the re-examination? 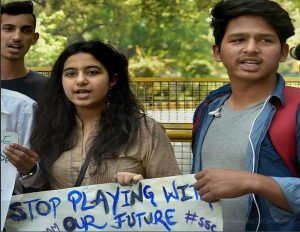 On March 23, CBSE officials received a complaint through fax on 23 March. It alleged that a tutor running a coaching institute in Rajindar Nagar is allegedly involved in the paper leak. It also named two schools in Rajinder Nagar for their involvement in the incident.

ON March 26, CBSE officials received an unaddressed envelope containing four sheets of handwritten answers of the Class 12 Economics paper. It was a clear indication that the question paper had been leaked in advance and circulated on WhatsApp groups.

The board admitted on Wednesday that the question papers had leaked before the exams and announced that the students will have to re-appear for these two papers.

2) What has been done so far to nab the culprits? 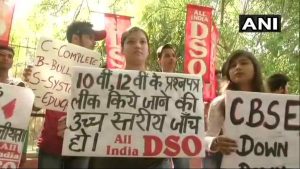 Delhi Police Crime Branch has conducted raids at various locations across Delhi on Wednesday. The SIT set by Delhi Police Crime Branch is tracking WhatsApp messages and have so far identified around 32 people who could have passed on the picture of the question paper to others. Subsequently, 25 of them including five tutors of a Delhi-based coaching centre and 18 students were quizzed in connection with the alleged leak. The police were also apprised of the method to prevent leaks.

3) How question papers are set? 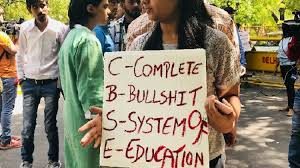 The process of setting question paper starts in July-August when CBSE identifies 4-5 experts in each subject, and ask them to set three versions each of a question paper. Twenty-seven sets are printed for each subject and paper-setters do not know which one will make it to the examination centre on the day of the exam. A high-powered committee, including university and school teachers, and principals, check if the question papers follow board’s standards and after finalise the sets which is then sent to CBSE in sealed copies.

4) Has there been paper leaks before? 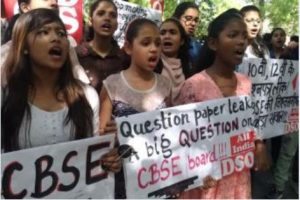 There have been retests in the past, but these have been limited to a few centres. It’s for the first time in board’s history, such a wholesale re-examination is taking place.

In 2014, the board had to re-conduct the exam in Manipur as the physics paper was leaked on a website.

In 2011, Four persons were sentenced to life after they were found guilty in the CBSE question paper leak case. The matter came to light on March 3, when a local daily reported that the physics paper, for which examination was held on March 1, had been leaked.

In 2006 too, the Business Studies paper was was found during searches related to the Varanasi bomb blasts. Since the papers were recovered before the exam, it was held as scheduled after the paper was replaced.

5) What do the students want? 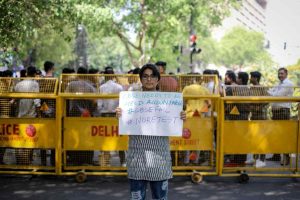 The students are asking why they are being made to suffer for other’s crime. While some of the protesting students and parents demanded cancellation of re-examination, others said if a re-examination is to be held, it should be held for all the subjects.

The CBSE paper leak has become another headache for the Modi govt which was already facing the ire of students affected by the SSC paper leaks.