As air quality continues to worsen in the northern parts of India, a recent study has found that air pollution is the ‘greatest global threat to human health’ and reduces life expectancy by more than 4 years. As per a report by the Energy Policy Institute at the University of Chicago, particulate pollution reduces average life expectancy by 1.8 years globally.

The report says that Indians would have lived 4.3 years longer if the 2016 air quality met the World Health Organisation’s (WHO) annual safe air quality guideline of 10 micrograms per cubic metre. It has increased from 2.2 years in 1998 after a 69 percent increase in particulate pollution.

Here’s a chart that explains better: 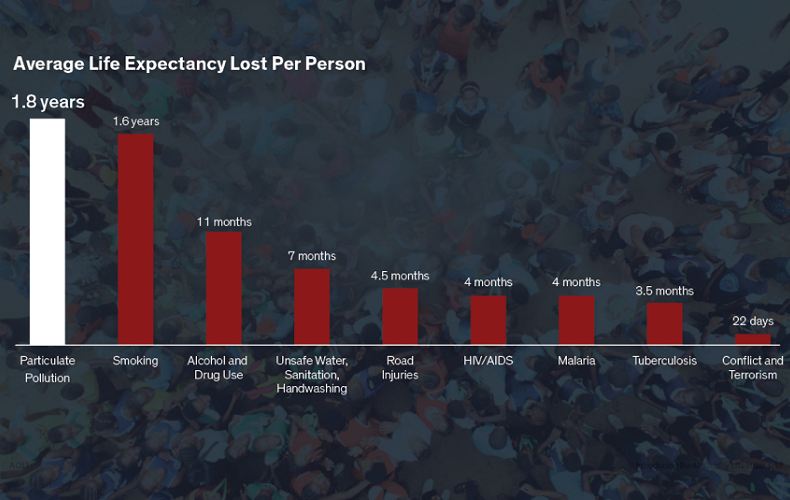 As per the report, particulate pollution reduces the life expectancy by 1.8 years making it deadlier than smoking and alcohol.

Here are some other findings of the report: 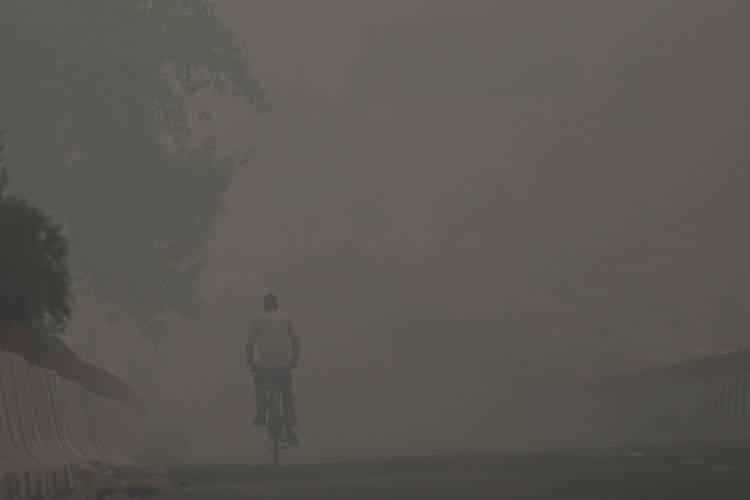 Heavy smog engulfed the capital adding to the high levels of pollution after a night of celebrations of Diwali on Sunday night. Express Photo by Tashi Tobgyal New Delhi

Delhi, on Tuesday, continued to remain under a thick blanket of smog. According to the data by Central Pollution Control Board, air quality index was recorded at 352, which falls in the ‘very poor’ category. Meanwhile, the authorities are mulling to introduce artificial rain that will wash away toxic pollutants.

“The Centre has decided that if the air quality will cross 500 mark then they will ask authorities to induce artificial rain or cloud seeding over the capital. Our scientists and authorities are working round the clock to curb this. All requisite preparation for artificial rains are underway,” Union Minister Mahesh Sharma told ANI.