As Delhi goes to Lok Sabha polls early this month, political campaigning by all major parties is in full swing. But in a city which is considered to be one of the world’s most polluted, candidates were seldom talk about issues related to environment and pollution. In a bid to draw their attention towards these issues, a group of residents in west Delhi’s Dwarka have made a ‘green manifesto’ for those who are seeking votes.

Green Circle, an NGO run by a group of environmental activists with an aim to protect environment from degradation has released the manifesto on social media platforms. The manifesto is a 15-pointer list of things that the candidate has to promise to the public. From ensuring stringent tree felling provisions to conduct proper waste management, the manifesto focuses entirely on sustainable development. 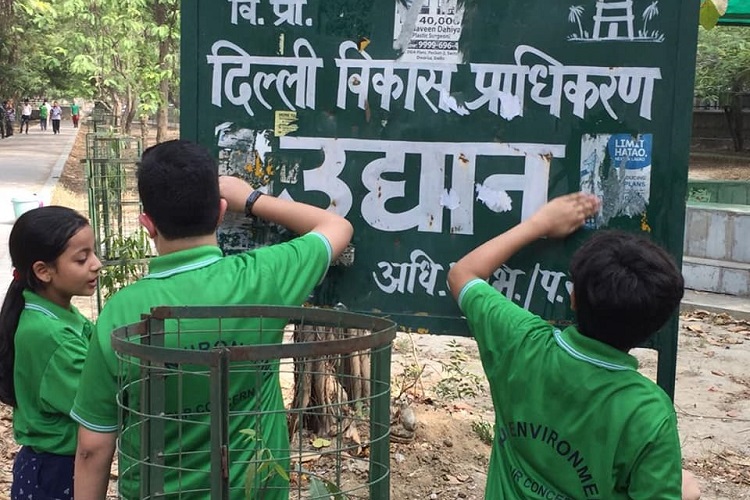 “None of the political parties have released a separate green manifesto. No importance has been given to environment issues,” V Selvarajan, Founder Secretary of the NGO told InUth in a telephonic conversation. He added that a green manifesto is ‘first of its kind’ in the country. The motive behind the initiative is to vote for candidates who are environment conscious.

The group consists of around 50 registered members, who are mostly retired, along with over 1600 volunteers. They routinely conduct campaigns on tree plantation, plastic and garbage removal as well as ban on plastic burning. “Dwarka is a developing ‘Smart City’. We have lots of problems here. One of the biggest problems is garbage burning,” he said.

Dwarka falls in the West Delhi constituency and is currently represented by Parvesh Sahib Singh Verma of the Bharatiya Janata Party (BJP). But the group has no plans to approach politicians with their manifesto. “If they come to us, we will tell them. We won’t approach them with our manifesto,” he said.

But Selvarajan also maintains that he has little hopes from the politicians. “Since no party is up to my expectation, my vote is for none of them (NOTA),” he said.