Sixty-year-old Pradip Dey loves animals, so much so that even jackals can’t resist his charm. The resident of North Kolkata’s Dum Dum area has been feeding leftover chicken from shops to four jackals for the past five years.

Dum Dum was once covered in marshlands but has now fallen prey to the concrete jungle that pushes the boundaries of the habitats of the local fauna. This forced the jackals to make a shrubbery near a playground their home, Bengali daily Ei Samay reported.

Ullas Nath, Ranger of the Bidhannagar Animal Rescue Centre told the newspaper: “It is really amazing to hear such an incident in an urban setup. Jackals can never be tamed. They usually attack humans. We can rehabilitate them to a forest if somebody asks.” 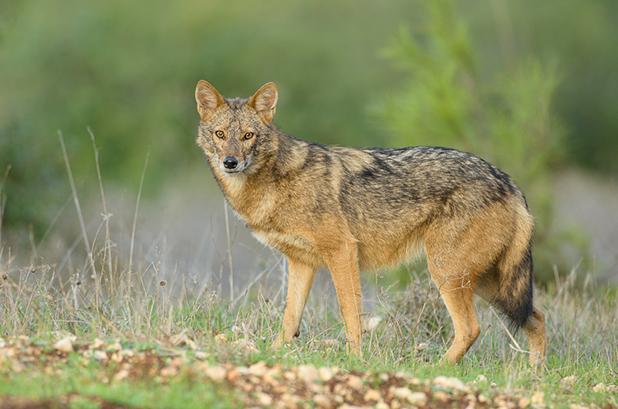 Dey’s family was fine with him feeding stray dogs and cats, however, they can’t tolerate his newfound obsession with feeding the jackals. The 60-year-old, who runs a bicycle repairing shop in the ground floor of his home, doesn’t pay heed to his family’s disapproval or the odd look his neighbours give him.

Years later, Dey has grown fond of the animals, who also seem to have realised that he would do them no harm. With a stick in hand to shoo away the dogs that may want a share of the jackals’ food, Dey advances towards their shelter twice every night, once at 12 am and then at 2.30 am.

However, the growing dependence of the jackals for food would make the animals less prone to fending for themselves, according to wildlife experts. Chief conservator of forest (Wildlife) of West Bengal Ravikant Sinha said, “The jackals will definitely forget hunting if they are fed regularly. It is better to transfer them to a jungle.”