Our jawans would be soon able to acquire indigenously-developed bullet proof jackets.

After years of delay and public criticism, Centre has finally awarded a contract to a defence firm for procurement of 1.86 lakh bullet proof jackets.

Over the past few years, many of the fatal Army injuries have been attributed to the lack of modern BPJs for the soldiers, The Hindu reported.

In a statement, the ministry said the contract was finalised after “successful” field evaluation trials. 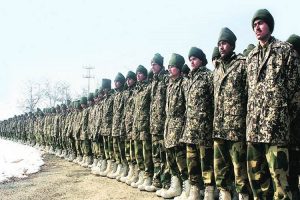 “A major contract through capital procurement route, for procurement of 1,86,138 Bullet Proof Jackets (BPJs) has been signed. The impending requirement of the Indian Army for effective BPJs, has been met after successful conduct of stringent field evaluation trials,” the army said.

Despite awarding the contract, the army would still be short of BPJs as its current requirement stands for 3.53 lakh jackets.

In March 2016, Army had procured 50,000 jackets on an urgent basis. However, this was hardly a solution since these jackets were designed based on older specifications and did not meet the standards that the army was looking for.

The contract has been bagged by defence manufacturer SMPP Pvt Ltd.

The company has set a target of three years for completing the delivery of all 1.86 BPJs, NDTV reported

These bulletproof jackets have ‘Boron Carbide Ceramic’ which is the lightest material for ballistic protection,” the company said.