Monday was a proud day for India and then it wasn’t. Early morning, it was announced that India-born economist Gita Gopinath was appointed the new chief economist of the International Monetary Fund (IMF). With her appointment, not only did Gopinath become the only second Indian to take up the position after former Reserve Bank of India governor Raghuram Rajan, but she also became the first female ever to do so.

The pride, however, was short-lived. Mere hours after the news of Gopinath’s appointment made news, people started searching for her caste on Google.

‘Gita Gopinath caste’ was one of the autocomplete predictions, which are determined by tracking real-time trending searches on Google. 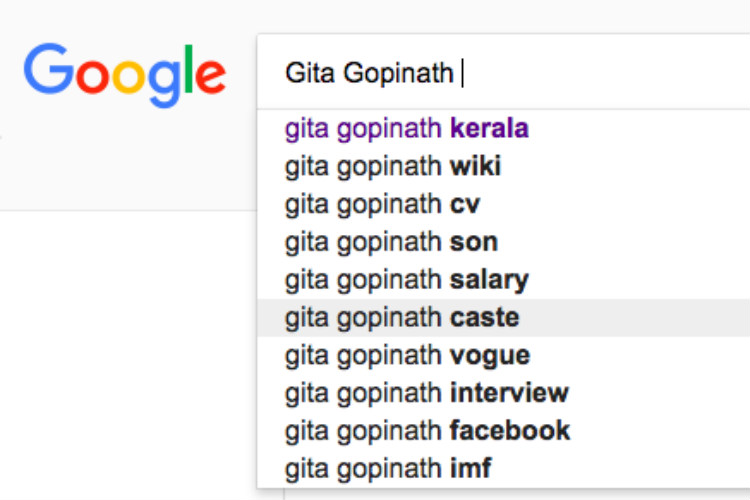 One would think moving to the US would help ditch the archaic caste system down here in India. Apparently, not. Way to rain on her parade before she even takes office.

Earlier in July, athlete Hima Das had fallen victim to the same caste-obsessed Indians. Shortly after Das had clinched gold in the 400 metre final in Finland, at Tampere’s World U20 Championships, people frantically searched for her caste. So much so, that it was the top autocomplete prediction. 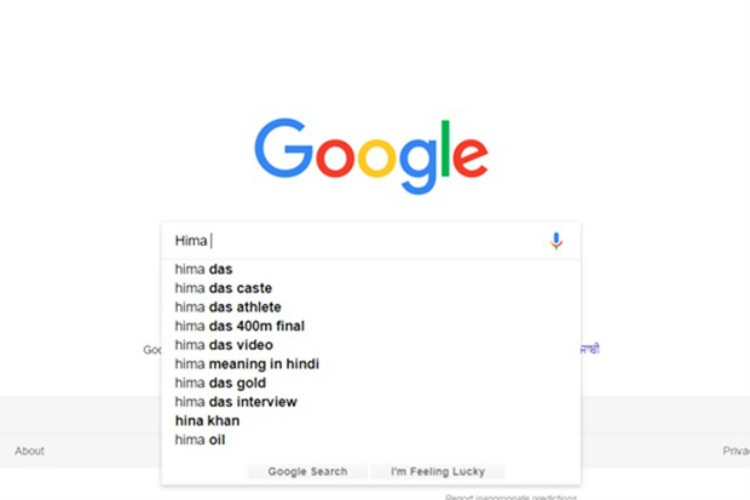 It’s quite ridiculous how even while the whole world cheered her on, the one thing that popped into some of our minds was to check with caste category Gopinath belonged to.