Amid all the bigshot politicians contesting in the 2019 Lok Sabha elections, is Swiggy delivery executive Jenifar J Russel, standing from Karnataka’s Bengaluru Central Lok Sabha constituency. Jenifar is an engineering graduate who hails from Thiruvananthapuram and has worked in the corporate sector for a number of years.

Jenifar has tried his hand at quite a few jobs, including working as a traffic warden. “I took a break in my career and worked low-profile jobs with less salary. This included working as a traffic police warden in Kerala Police for a few months in 2015,” he told The News Minute. 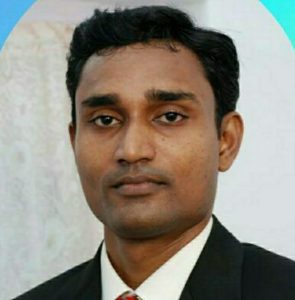 He began his campaign in November 2018, and gave out his list of promises to every voter he met, including the customers he would drive around or those he would deliver food to. “When I meet people one to one, in each area the requirements were different. So I used to answer to the public based on the questions they ask and I used to explain my solutions,” he told the news portal.

Before he started working for Swiggy, Jenifar worked in telecom firms for 15 years, which may be the reason he chose the dish antenna as his election symbol, Economic Times reported. Prominent names that are contesting election from the same constituency are Prakash Raj who is also running as an independent, incumbent MP PC Mohan of BJP and Rizwan Arshad from the Congress-JD(S) alliance.

Among other such candidates is 65-year-old mechanic D Jayaram, contesting from Bangalore North as the candidate of Gareeb Aadmi Party – a faction that separated from the Aam Aadmi Party (AAP) in 2014. Jayaram has contested 19 times in the elections, including in the Lok Sabha, Assembly elections, and the civic polls. “I first contested in 1990, when the deposit for candidates was Rs 125 for MLA candidates and Rs 250 for MP candidates, which has increased to Rs 25,000 now,” he told The Economic Times. He, therefore, laments that his party denied him funds for campaigning so he resorts to distributing pamphlets among voters.

In Bangalore South, Venkatesh Bhovi, a journalist, decided to run in order to curb corruption.