Congress Vice-President Rahul Gandhi has been the easy target of trolls, who have time and again mocked and made fun of him on social media for the ridiculous gaffes in his speeches. Earlier today, Gandhi was trolled by a few on Twitter for the speech he delivered at University of California at Berkeley. While a few lashed out at Gandhi for “ruining” India’s image abroad, others equated to a “calamity” that struck the US after Hurricane Irma.

Trust Rahul Gandhi to give us major facepalm moments on several occasions by making statements that make no sense to us mere mortals. However, believe it or not, internet’s “baba” did manage to make statements on real issues that actually made sense.

Be it being vocal on the issue women safety in the country or promoting women empowerment, Rahul Gandhi has addressed certain important issues by making comments that, unfortunately, went unnoticed. There have also been times when the Congress scion took a philosophical route while mouthing smart direct jibes against the members of the ruling government.

While speaking on the problem of corruption, Gandhi had affirmed that it cannot be washed away just by a mere desire but in reality required a “firm political will” to root it out. While publicly slamming Prime Minister Narendra Modi’s move to demonetise higher denomination currency notes, Gandhi also mocked the government’s move with a pretty relatable tweet.

Without further ado, here are 7 statements made by Rahul Gandhi that proves he is not as dumb as he is made out to be.

At the AICC General Meeting: 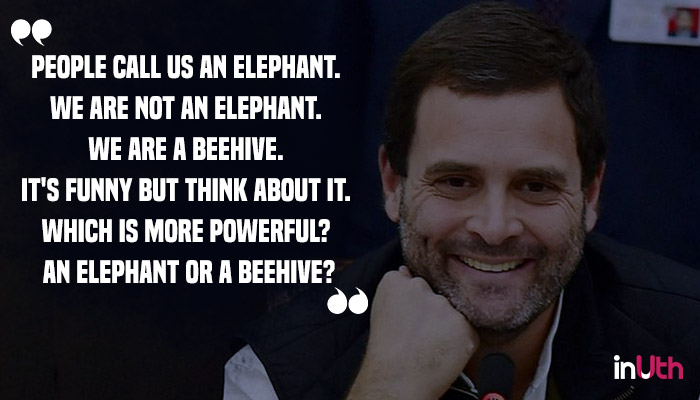 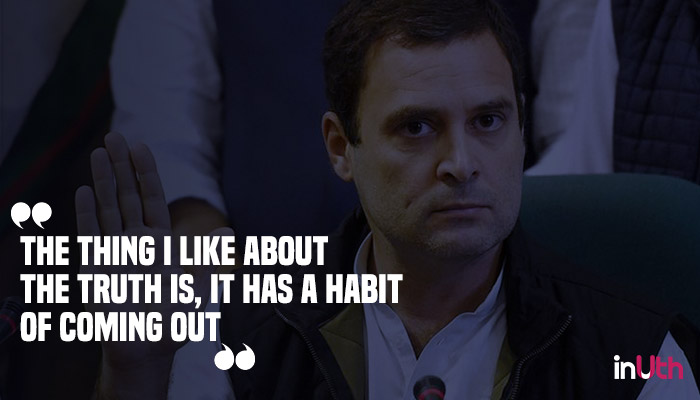 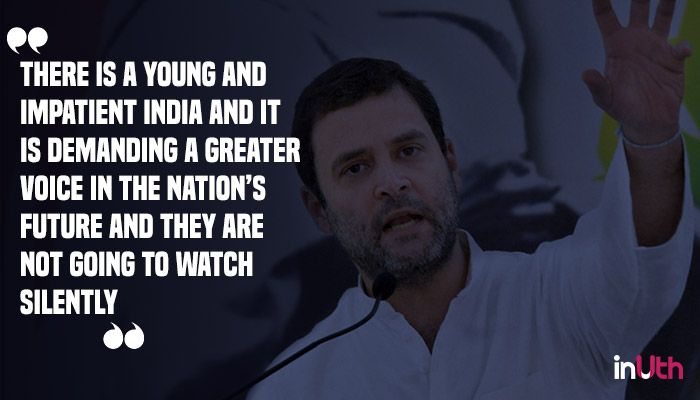 At a rally in Aurangabad, Maharashtra: 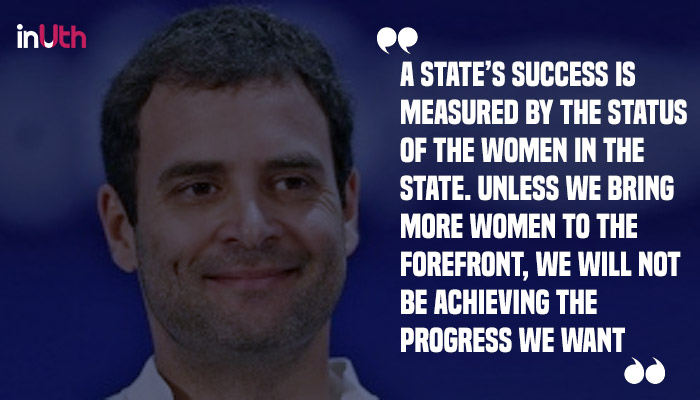 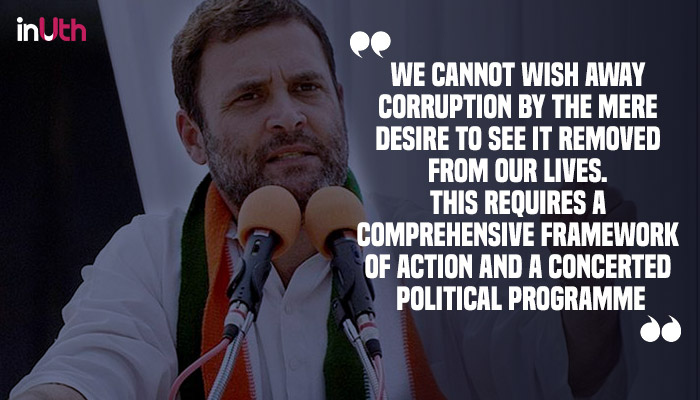 At an engineering college in Shirpur: 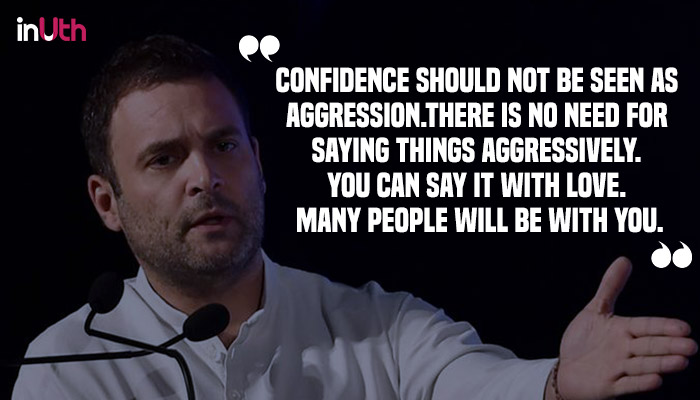 At the annual general meeting of industry body Confederation of Indian Industry (CII): 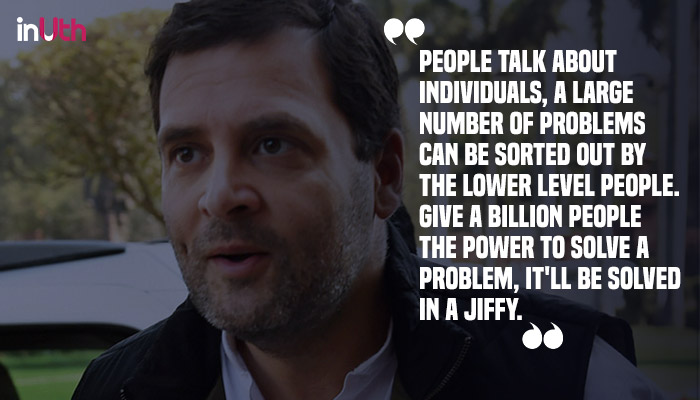 Cut him some slack, you guys!