Every time a family looks for a potential bride or a groom, elders are often heard saying ‘get all the background details of the groom/bride’. However, looks like this advice is being not kept in mind whilst searching for a groom online! In India, marriage is grand and pretty important affair. Parents, nosy neighbours, relatives, friends and friends of friends are always in a hurry to get someone they know married for reasons best known to them. In a bid to just give in to their pressure or even by their own choice youngsters resort to online matrimonial sites. Most of the people are successful in finding ‘the right one’, but, there’s a catch- i.e. it is not always risk-free.

In the recent past, there have been incidents when people, especially women were cheated via matrimonial website. These days, cyber cons are targeting people through matrimonial websites. Several people have fallen prey to these frauds and have lost a lot of money.

The crooks get in touch with their targets through matrimonial websites seeking alliances. A few take money in the name of buying properties for their future while others use different techniques.

On June 7, 2017, the Cyber Crime sleuths of Hyderabad arrested a Delhi-based businessman for cheating a city woman to the tune of Rs 14 lakh. The woman had met the accused online on a matrimonial website. On February 7 this year, she received a message from one Dr Sumanth Bharath, who claimed to be a UK-born doctor of Indian origin. After he expressed his willingness to marry her, they began communicating over WhatsApp and even exchanged family photos.

In April, Sumanth told the victim that he was going to visit India along with his sister and her son and asked the woman to pay for their Indian visas. After the woman was unable to gather enough money, the accused told her that he would send 1 million UK pounds through an agent. After two days, she got a call from the ‘agent’ saying that a container of foreign currency had arrived but was stuck with the customs department.

To release the container, the women paid a lot of money under the name of charges, such as – customs clearance tax at Delhi airport, handling charges, air fare from Delhi to Hyderabad, anti-drug/terrorism clearance, customs clearance yellow tag and money laundering clearance charges. To make the victim believe him, the fraudsters even sent photographs of British currency bundles. Believing the ruse, she sent the money.

After Sumanth didn’t pick her calls, the victim informed the police and later the accused was arrested.

A 24-year-old man was arrested from south Delhi’s Neb Sarai on May 20, 2017 for sexually assaulting women, whom he had contacted on a matrimonial website, and cheating them of their money.

The accused, Rahul Bhardwaj, posed as Ranjit Singh on the matrimonial website. He would start chatting with whichever woman showed an interest in him and lure them with marriage and promise of a lucrative job. The police came to know of the fraud after a woman from Ratlam in Uttar Pradesh who was cheated by Bhardwaj lodged a complaint against him. 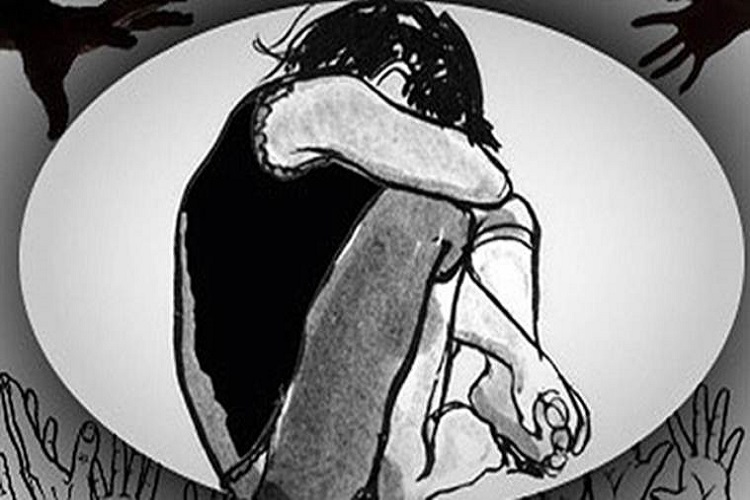 The woman told the cops that she started chatting to the man on the website hoping to get married to him. He had posed as a divorcee there. After chatting for a while, they exchanged numbers. Though she was not comfortable in shifting to another city, Bhardwaj convinced her to come to Delhi and live with him for a few days so that he could show her around the city and also make her meet his family members.

Bhardwaj then asked for her original documents and Rs 10 lakh in cash to get her a job in Indian Railways. The woman told him that all she has saved Rs 6 lakh. Bhardwaj told her that he would pay the remaining sum as they would soon be getting married. The woman also alleged that Bhardwaj sexually assaulted her during her stay in Delhi.

Frauds committed through matrimonial websites have even gone to the extent of rape! In Pune, a 44-year-old woman was allegedly cheated by a man, who had been in touch with her through a Marathi matrimonial website. The accused laundered Rs 4 lakh from the woman on the pretext of going abroad and even raped her.

On February 11, 2016, a shocking incident of matrimonial scam came to light after 45-year-old Dombivli woman approached the Thane cyber police cell alleging that she was duped of Rs 1.2 crore by a US resident whom she had befriended on a matrimonial website, and by as many as 36 of his associates, over a span of 15 months.

The main accused introduced himself as a Los Angeles-based businessman who lived in a 4BHK flat—an obvious draw in space-starved Mumbai. The accused, Robert (name changed on police request), approached the woman on the website on May 19, 2014, saying he was looking for an Indian bride as he found the country’s women to be “good-natured”.

In her police complaint, the victim said after declaring his intent to marry her “very soon” and winning her trust, the accused began exploiting her, however, she realised it much later, but by that time a whopping Rs 1.2 crore had gone.

Three African nationals along with an Indian woman were arrested by Special Cell of Delhi Police for allegedly cheating prospective brides through popular matrimonial websites.

While claiming to have busted two such gangs, police arrested Joseph Irabor Bhahemen, 26, and Bawo Hilary Omagbemi, 35, who are permanent residents of Nigeria, and Nagaland native Leniya Magh, 26. They all were residing in Gurgaon.

It said the gang had cheated a Hyderabad-based woman to the tune of Rs 48.75 lakh over the past few months after befriending her through a matrimonial website.