R Mithun Raj, a 27-year-old software engineer from Madurai, committed suicide on Sunday as he was facing the issue of hair fall. Raj worked for a software company in Bengaluru and had been feeling depressed in the last few weeks about a skin problem on his scalp, which caused his hair to fall.

Raj, who lived with his widowed mother Vasanthi, had tried out several medicinal treatments, but he failed to remedy the problem. Reportedly, because of his falling hair, he couldn’t even find a suitable match for marriage.

On Sunday, he was found hanging from the ceiling when his mother returned from the temple. He was rushed to the Government Rajaji Hospital but was declared brought dead.

ALSO READ: This is how Facebook will use AI to prevent suicides

However, as sad as Raj’s story is, some found it hilarious that somebody would be so “weak” as to decide on killing themselves over hair fall. A Facebook post by a popular news portal had received over 700 ‘haha’ reactions at the time of writing this article. Which makes us wonder, is humanity dead? Have we been so desensitised that we find it perfectly acceptable to mock someone’s suicide? 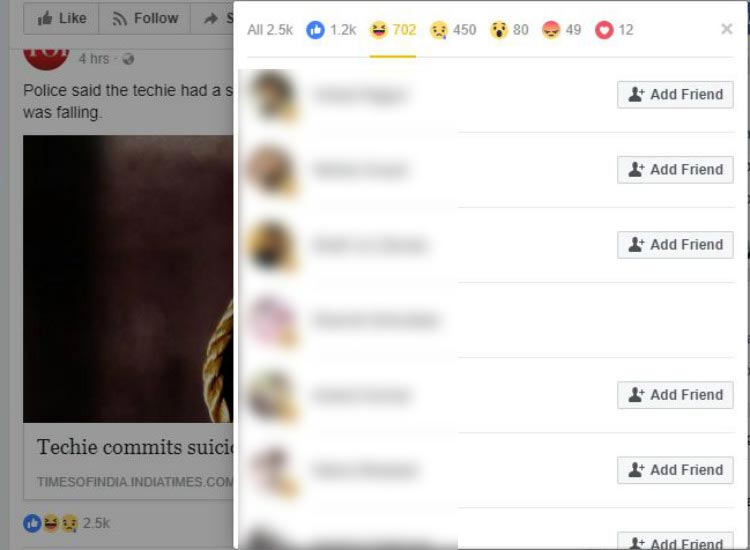 Some Facebook users even went as far as cracking jokes and called him names for making such a “pathetic decision” as if it is their duty to police other people’s emotional imbalances. 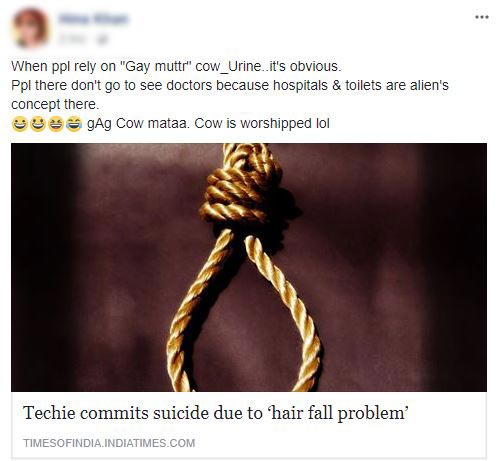 ALSO READ: This is how Twitter reacted to KRK’s suicide threat

Even in death, Raj is being persecuted for not conforming to society’s norms, as if it is them who get to decide how and under what circumstances is it alright for a person to feel depressed or commit suicide. Fortunately, there were some sane voices out there, who approached the news compassionately and argued that the mockery of a dead man is not tolerable behaviour.

However, the fact that there are people out there who see Raj’s tragic story as anything but upsetting is horrifying. Suicide is not funny and neither is depression, and there shouldn’t be conditions attached to that statement.