Prime Minister Narendra possesses some brilliant oratory skills. Period. When he talks the world listens. You may or may not like him as a leader but there is no denying that in the present times, not many leaders can match his extraordinary wit and humour. However, it is not just his fierce oratory skills which make him stand out but his sharp and crisp dressing sense makes him grab the eyeballs too. It would be safe to say that PM Modi is one of the most stylish politicians in India today.

In 2014, during an interview with a news channel, a curious lady in the audience clearly smitten by PM Modi’s fashion sense asked him who his designer was. The Prime Minister, flattered by the question, responded by saying that his sense of style was god-gifted and that he liked to dress up well and stay clean.

“I left my house when I was very young. I could fit all my belongings in a small bundle. I kept wandering for 40–45 years and spent over 40 years begging for food. I had to wash my own clothes. I thought my shirt occupied too much effort in washing and took more space too. So I cut the sleeves myself and my shirt became half sleeved. I have been wearing such clothes for over 25 years,” PM Modi said.

Be it his love for half-sleeved Kurta and tight fitted Churidar or his customised suits, PM Modi’s dapper dressing never fails to make heads turn. On that note, here are the 10 times when PM Modi proved that he has an impeccable dressing sense. 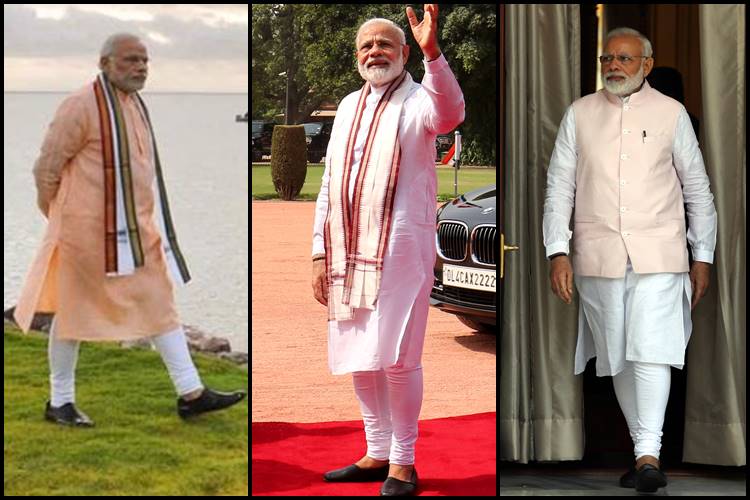 PM Modi’s trademark half-sleeved Kurta and tightly fitted churidar pajama have drawn a lot of attention. PM Modi had asserted that he had no fashion designer and he chooses his own clothes. Be it the silk kurtas or the neatly ironed Khadi ones, PM Modi has managed to take the Indian political fashion game to another level.

PM Modi has a unique and bold fashion sense. He can carry the smart coloured vests similar to Nehru jackets teamed up with  Kurta and Churidars with a panache. 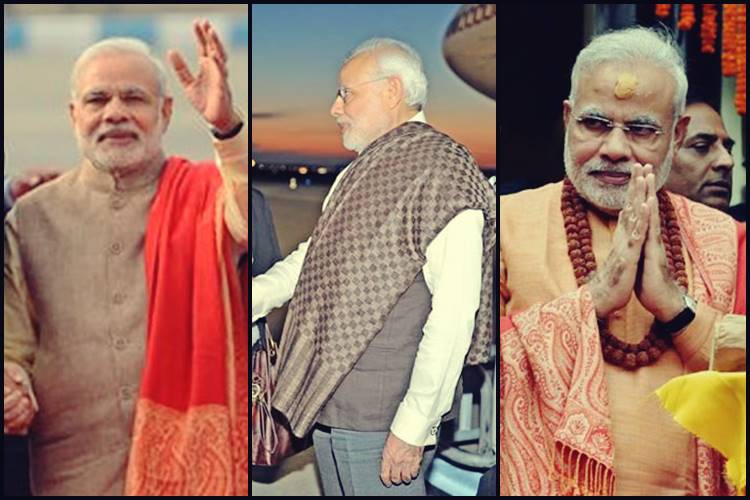 The Prime Minister also loves to accessorise his clothes. The traditional shawls that he was seen carrying during winters in India as well as during his foreign visits were highly talked about. He had, on one occasion, made headlines for wearing a customised shawl with his initials “NM” printed on it. 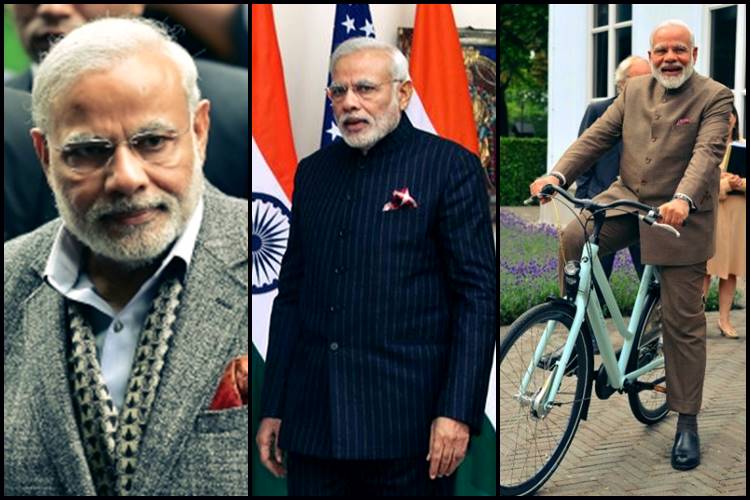 Moving away from his comfortable traditional attire, Narendra Modi also likes to don classy suits on every chance that he gets. Be it the standard black Bandgala or a classic shirt paired with blazer and trousers, the Prime Minister manages to look stylish and sophisticated. 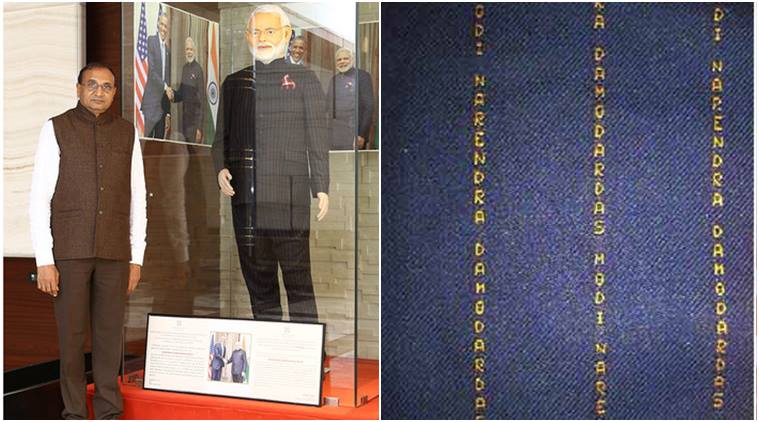 Some call him self-obsessed, some say he is trying to make an impact. Either way, PM Narendra Modi’s love for customised attire is pretty evident. Did you know that PM Modi’s monogrammed suit that he wore when former United States president Barack Obama and his wife Michelle Obama visited India was sold in an auction for a whopping Rs 4.31 crore.  Need we say more? 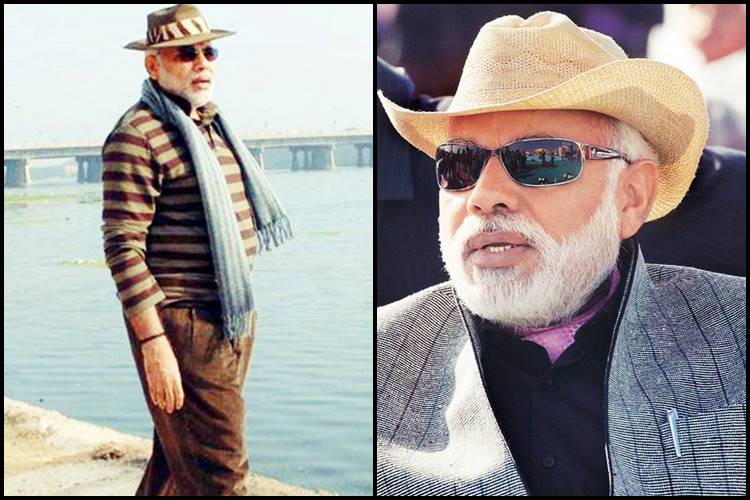 Narendra Modi likes to dress according to the occasion. While he is often seen wearing traditional head gears gifted by the locals of the state he visits, he also rocks western hats with elan. We have seen him sporting Texan hats much before he became the Prime Minister of the country. 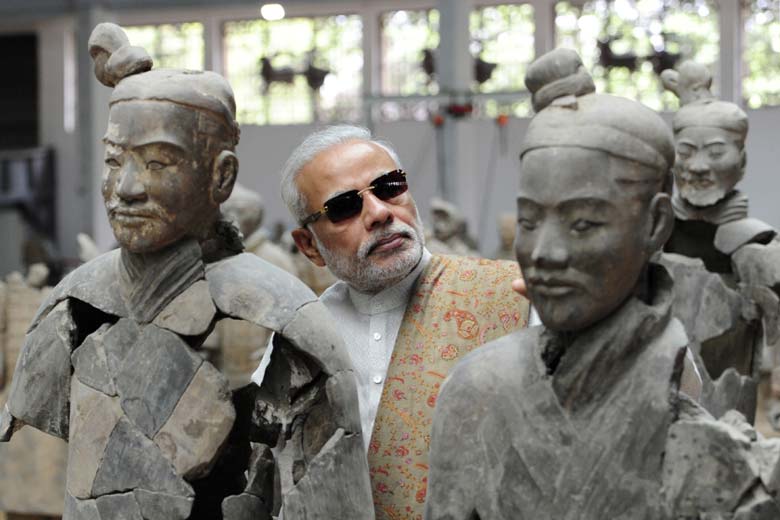 It’s not just his love for clothes that make him a style icon. Modi loves Bvlgari sunglasses, Movado watches, and Mont Blanc pens, say reports. He undoubtedly looked smart and spruce in the turtle neck T-shirt and a blazer teamed with cowboy hat and sunglasses. 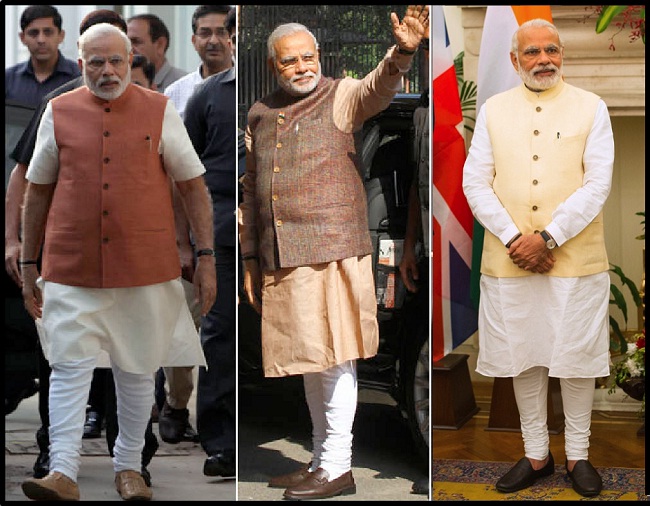 When you have a good choice in clothes and accessories it is highly unlikely that you would turn up in shabby looking shoes. Trust Modi to wear elegant and sassy looking shoes with every stylish attire he wears. His popular black and brown loafers just go perfectly with the elegant Kurta vest and the churidars. 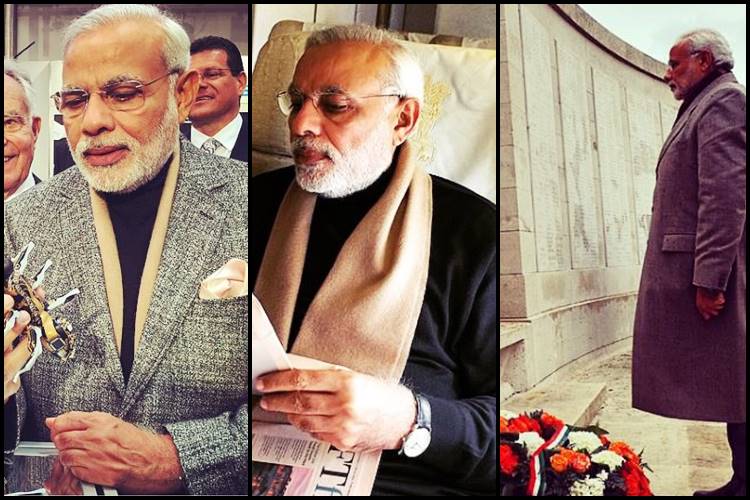 In all his trips abroad, can you ignore the polo necks and the trench coats that the Prime Minister wears? The stylish attire would want to you crave for one of those turtle neck pullovers too. 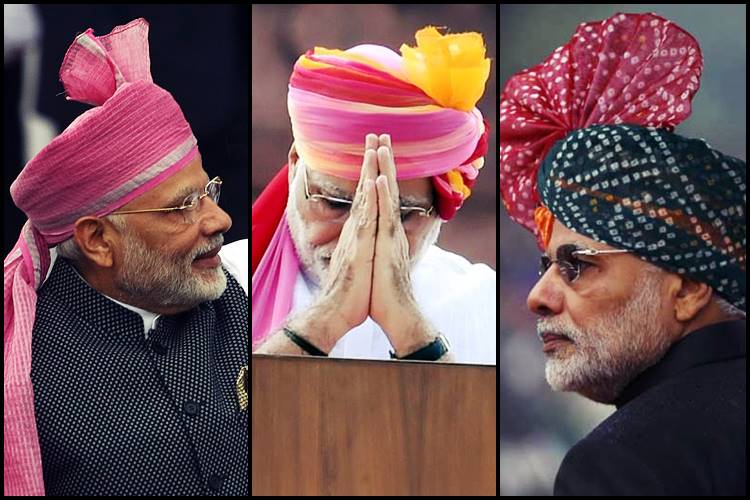 We have already established PM Modi’s love for head gears. From a pink turban to a multi-coloured one, Modi has always stood out with his sartorial choices. His distinctive choice of pagdis on Independence Day and Republic Day have never failed to make an impression.