India’s cultural landscape is so diverse that it is hard to believe that with the multitude religion and sects and their innumerable rituals we are still one country. These cultural practises reflects the value held by members of a community for periods often spanning generations. However, Not all of them have been made for universal good or they may have phased out with time. While some rituals are significant, there are also a few which are extremely prejudiced and at times cruel against a specific group, such as women or LGBT or lower caste people.

Feet washing is a very common tradition among different cultures in India. Under this regressive custom, the father of the bride washes the feet of the groom and in some cases the bride has to perform this ritual. It may have been possible that in ancient times, the groom have walked barefoot but in modern days, most grooms prefer car or horses so their is no question of their feet getting dirty. Also this establishes the notion that the groom is doing a great favour to the bride’s parents by marrying their daughter and simultaneously deteriorates the position of the woman even before her marriage. 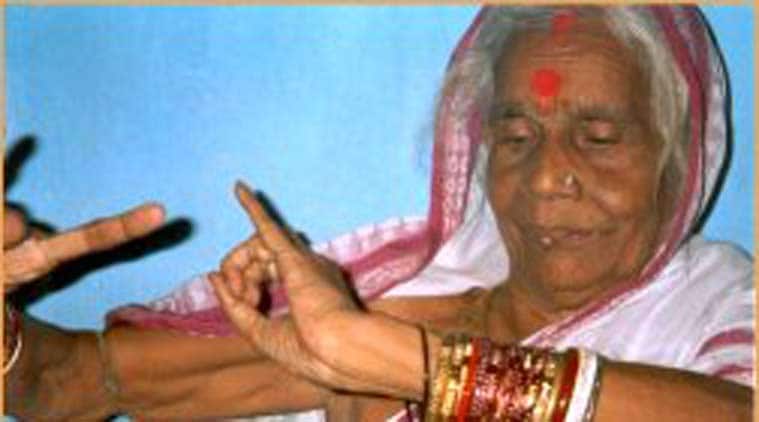 It’s an ancient religious practice in parts of southern India, including Andhra Pradesh, whereby parents dedicate their daughters in local temples for the service of the deity. The girls are married to the deity before they reach puberty and are later forced into prostitution. They are forbidden to enter into a real marriage. Despite a ban, the practice continues in some southern states. Describing the practice as an “evil” done to women, the Supreme Court last year directed Centre to strictly enforce the ban on the “undesired and unhealthy” practice of forcing young girls to serve as Devadasis. 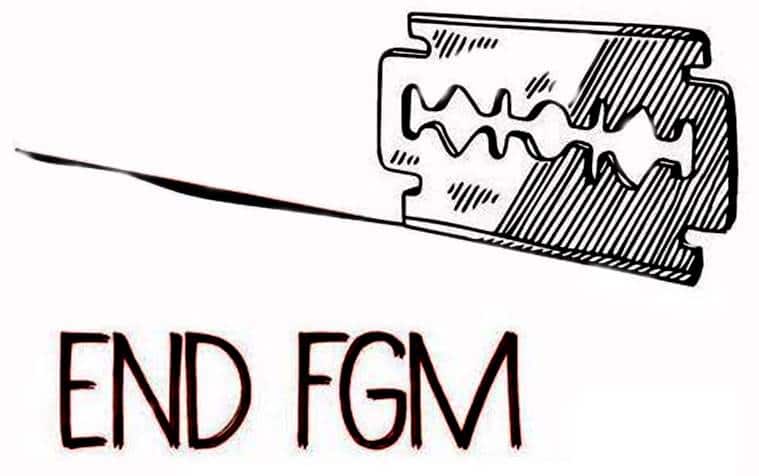 It’s one of the most brutal ritual that is still being practiced in nearly 27 countries in the sub-Saharan and North-east Africa and a few Asian countries including India among the Bohra community (a Shia sub sect). This shocking ritual is performed in for taming woman’s sexuality. Under this custom, the external female genitalia (clitoris, labia minora, labia majora) is partially or totally removed using a razor of a blade with or without anesthesia. Commonly called khatna, the custom is inflicted on young girls, when they are six or seven-year old. Carried out mostly by untrained midwives. It is done to refrain the girls from engaging in pre-marital sex and masturbation. It is also believed to ensure marital fidelity. Union Minister Maneka Gandhi has warned the Bohra community to voluntarily stop this custom failing which the government will bring in a law to ban the practice. Triple Talaq or the instant divorce allows men to divorce their wives by simply uttering the word “talaq,” or divorce in Urdu, three times — and not necessarily consecutively, but at any time, and by any medium including telephone, text message or social media post. It is an archaic and patriarchal rule that too often leaves Muslim women destitute. What is more surprising is that as many as 22 Muslim majority countries have abolished Triple Talaq but the practice continues in India. An Allahabad High Court judge last year described the practice as “monstrosity,” and added that triple talaq “is a cruel and most demeaning form of divorce.” Prime Minister Narendra Modi has also expressed his opposition to Triple Talaq. Referring to the issue, the PM had said,” What is the crime of my Muslim sisters that someone says talaq over phone and her life is destroyed.”

It’s another cruel practice that is followed by many religions including Islam, Christianity and Judaism. This ritual that a religious significance as it is performed in the name of atonement of one’s sins. It involved flogging oneself with whip or whips of chains with attached blades.This practice still goes on among the Christian communities in the Phillipines and Mexico on Good Friday and among the Shia sect of Islam in countries like India, Pakistan to commemorate the martyrdom of prophet Muhammed’s grandson Hussein and as an act of penance.

How could any body in his senses can allow this practise to continue that involves tossing the babies from the top of a temple roof to a group of men standing below with a cloth meant to catch the babies. It’s an ancient custom practised in sections of Hindu communities in South India, specifically in the state of Karnataka. It is said this custom brings good luck for the community and married couples who wish to have more children. 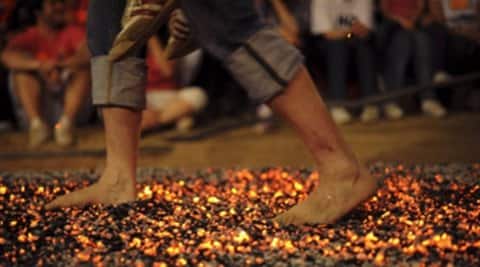 It’s one of the most dangerous ritual practiced in the name of religion across the world. This custom requires participant to walk barefoot on a bed of embers or stone that are set on fire. The practice continues among a few Hindu communities residing in South Asia, orthodox communities in Greece and Bulgaria, Japanese Taoists and Buddhists, places in Bali, Spain and a few parts of Pakistan. It is believed to be a gesture of paying their respects to God, repelling evil forces. Thimithi is a Hindu festival that requires firewalking . It has its origin in Tamil Nadu, South India and celebrated during the month of Aipasi (or Aippasi) of the Tamil calendar.

This ritual, practised in India and other south Asian countries, involves piercing oneself with sharp dangerous objects like needles, swords, iron rods, spears, guns, etc. Those who perform it believe that God enters the body of the participant and protects him from the evil spirits. Some also believe that this would bring good luck to them.

We may have made great strides in empowering women but facts remain that if a woman loses her husband, she ceases to lead a dignified life. From being forced to wear white Sari for the rest of her life to being confined to their homes, the customs directly or indirectly keeps reminding the widow of her loneliness. A Widow is considered a bad omen and denied the right to decorate herself. She is forced to remove sindoor (vermillion on the forehead), mangalsutra (beaded necklace), bichia (toe ring), chooda (bangles), and so on. In exterme cases, women are made to shave their heads also. While widow remarriage is gradually finding its place in society, still we have a long way to go.

It’s a controversial ritual practised in Karnatka that requires devotees rolling over “prasadam” offered to the diety. It’s a a modified version of the highly criticised “Made Snana”, the ritual in which devotees roll over leftovers left by Brahmins. Such inhuman practises needs to be stopped as they reinforce caste discrimination and varna system by suppressing the lower caste. Last year, 108 devotees performed the yede snana at Sri Subrahmanya Temple in Karnataka’s Kuku. After the mahapuja, food offerings made to God were laid on about 432 plantain leaves spread at the outer precincts of the temple. Temple cows were allowed to consume the food initially, after which the devotees performed the yede snana.