1. What is this little kid from Gujarat dressed as Narendra Modi doing outside BJP headquarters in Delhi on a Monday?  This is not November 14 and isn’t he supposed to be in school? #padhegaIndiaTabhiBadhegaIndia. 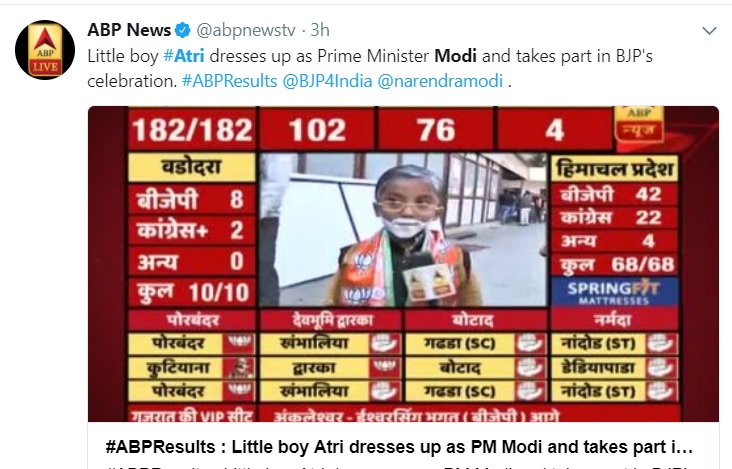 2. Why are Rahul Gandhi and Narendra Modi performing dandiya on Aaj Tak. Isn’t it a couple dance?  Does Aaj Tak think Modi and Gandhi are lovers? Is there a secret message they want to give us? Should I stop watching this channel? Oh! Isn’t Modi’s cartoon version cute? No, Lalu dolls were way cuter. Am I an anti-national now?

3. Why does Arnab Goswami think he is sitting in the Election Headquarters. Isn’t the Election Commission’s office doing all the work? 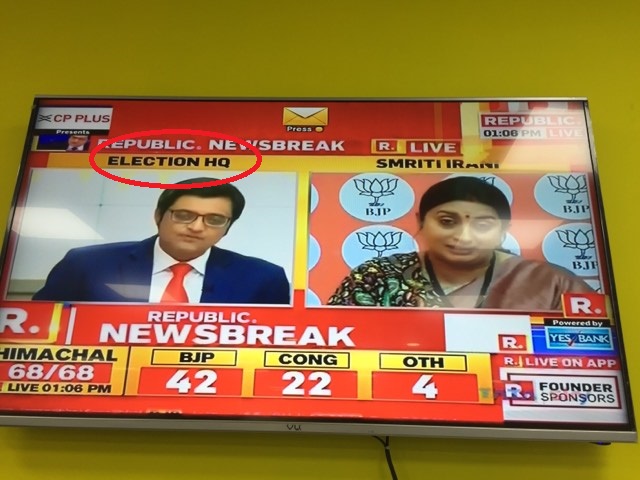 Many congratulations to @narendramodi @BJP4Gujarat . Well fought @OfficeOfRG . Think the #GujaratVerdict carries wins & warnings for all politicians. Sorry to sound like @RaviShastriOfc but in the end our great democracy won

5. If Sudhir Chaudhury were a Game of Thrones character, who would he be? Option A: Lord Varys, Option B: Little Finger, Option C: Jaime Lannister. 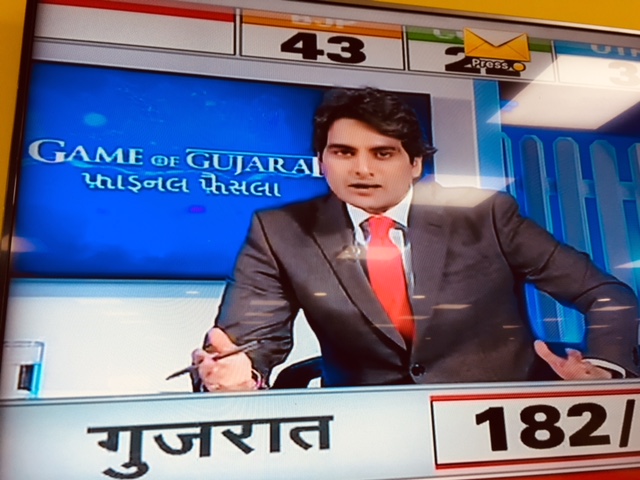 6. News X, what does Moditva mean? Does it even mean anything? Or, were they just trying to upstage Times Now’s hashtag – #ModiUnstoppable? and Zee News’ #SuperHeroModi 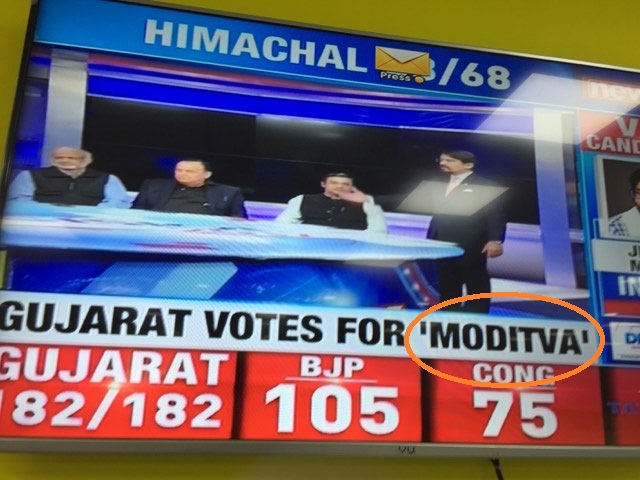 7. Why is News18 running this strange disclaimer, “we don’t fudge numbers”? 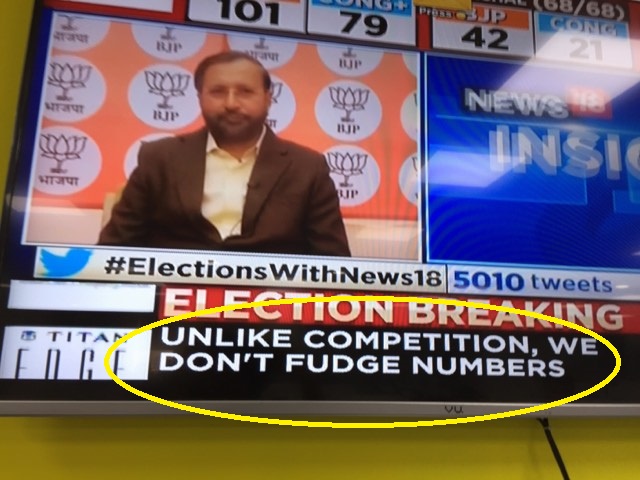 8. And why do they think they did something as heroic as rescuing the markets from tumbling? 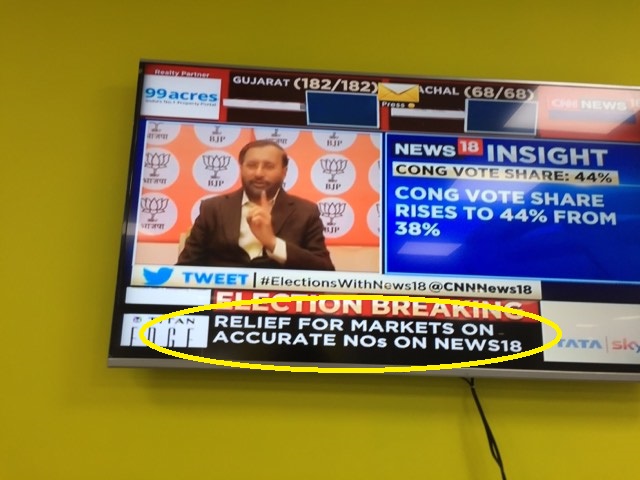 9. Oh wait, there are parachutes, ships and seaplanes? Why do they keep asking “Vikas kaha hai”? 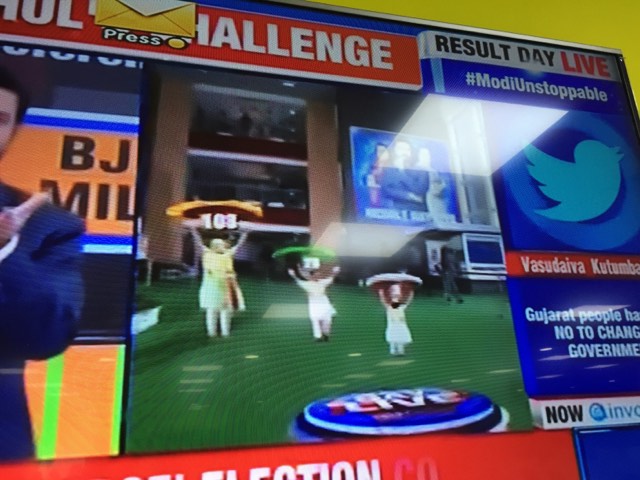 10. Do you feel sick and nauseated after watching this?