“It had become a weapon for the harassment for LGBT and subjected them to discrimination,” Chief Justice Deepak Misra said as the five-judge bench of Supreme Court decriminalised gay sex in four separate but concurring judgments.

Now that the top court has partially scrapped this archaic law, the bigger challenge is to deal with the deep-rooted prejudice about homosexuality among people.

Although various activists from the community and NGOs have been working tirelessly to raise awareness about the rights of the LGBTQIA+ community, what’s more concerning is the skewed understanding of same-sex relationships among public figures in India.

Here are some of the controversial comments made by politicians:

In December 2013, when the incumbent UP chief minister was a Bharatiya Janata Party (BJP) MP, he had said:

“Homosexuality is dangerous to social morality. If social norms and boundaries are done away with, then there is not much difference between man and animal…I feel that to associate this kind of cheap sophistry with religious texts is gross immorality… There should be no social sanction if someone wants to do at a traffic junction what one does at home. It shouldn’t receive any constitutional status either.”

2) Will treat homosexuals at my Ashram: Baba Ramdev

When the Supreme Court recriminalised homosexuality in 2013, Ramdev went from pillar to post saying that homosexuality was a disease, a mental health problem. He further went on to claim that he could ‘cure’ homosexuality at his Ashram.

“I invite the gay community to my yoga ashram and I guarantee to cure them of homosexuality,” he had said. 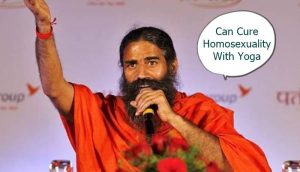 3) Men having sex with men, not good for India: Ghulam Nabi Azad

“Unfortunately, this disease has come to the world and to our country where a man has sex with another man. This is completely unnatural and should not happen, but it’s happening….”

“The disease of men having sex with men (MSM) is unnatural and not good for India. We are not able to identify where it is happening as it is less reported… ” the then health and family minister had said during a convention on HIV/AIDS in 2011.

Infamous for his homophobic views, BJP leader Subramanian Swamy never shies away from giving his two cents on homosexuality. The lawyer-cum-politician never fails to come up with his bizarre theories to make his point against repealing of Sec 377.

Ofcourse what happens in someone’s private life should not be of anyone’s concern,neither they should be punished. It is basically a genetic disorder, like someone having six fingers.Medical research must be done to rectify it: Subramanian Swamy,BJP MP on #Section377 pic.twitter.com/OzkUN4vShz

Take this gem for example.

Legitimizing homosexuality leads to commercial profit since Gay Bars will be opened in all cities on FDI. It is a genetic flaw celebrated

In January, he had said:

As long as they don’t celebrate it, don’t flaunt it, don’t create gay bars to select partners it’s not a problem. In their privacy what they do, nobody can invade but if you flaunt it, it has to be punished & therefore there has to be #Section377 of the IPC: Subramanian Swamy pic.twitter.com/hgWtw54U3P

5) Don’t want to talk about such rubbish things: Lalu Prasad

When Delhi High Court partially scrapped Sec 377, RJD leader Lalu Prasad denounced the judgement, saying, “I am dead against legalisation of gay sex and will strongly raise the issue in Parliament. Section 377 of the IPC should not be amended,”

“Yes, it is a crime. Such obscene acts should not be allowed in our country. Society is adversely affected. Government has a greater responsibility towards the society. I don’t want to talk about such rubbish things….” he had said. 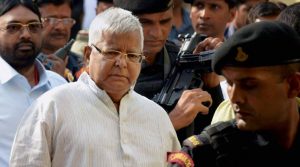 Dismissing the 2013 SC verdict, Khan had said, “These activities are unhealthy and spread chronic diseases like HIV… We should not imitate the culture of foreign countries where these practices are acceptable.”

“We will state (at an all-party meeting if it is called) that we support Section 377 because we believe that homosexuality is an unnatural act and cannot be supported,” Singh had said during an interview to The Telegraph.

Maharashtra health minister and Shiv Sena leader Deepak Sawant had sparked a row over his controversial comment on LGBT community. “There is a need for psychological treatment and counselling of the community. We would work with NGOs working in the sector,” the minister had said in the state Legislative Assembly in March 2015.

9) It is not genetic: Zakir Naik,Generally, naturally, no human being loves the same sex… it is not genetic, Islamic preacher and tele-evangelist Zakir Naik had said while explaining why homosexuality is forbidden in Islam. 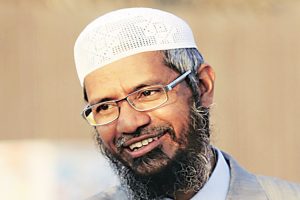 “What Rajnath Singh has said is the official stand. We have a culture and tradition and this goes against it. One cannot allow a new culture of this kind,” BJP Vice President Mukhtar Abbas Naqvi  had said adding that it is against the established norm.