Singer Adnan Sami was at the receiving end of hours of stinging online hatred after he congratulated Indian Prime Minister Narendra Modi for the successful surgical strikes on Pakistani terror launch pads.

Clearly, the tweet by Sami, a former Pakistani national, didn’t go down well with the troll army on the other side of LoC.

@AdnanSamiLive @PMOIndia https://t.co/3FeoCAlNYT
proof of successful surgical strike 🔪🔪 n next haramkhors like u r the target 🔫

A host of hate messages later, Sami bounced back with the perfect answer.

Pakistanis r outraged by my earlier tweet. Their outburst clearly means they see Terrorist & Pakistan as the same! #selfgoal #stopterrorism

Sami’s comeback tweet not only shut the trolls but also calls out the hypocrisy of the Paksitani establishment.

When it comes to terrorism, Pakistan has always claimed to be a victim, while unabashedly exporting cross-border terrorism in the name of supporting Kahsmir’s “freedom movement”.

Either you are a victim or a perpetrator? But Pakistan somehow has managed to forge a formula to successfully portray itself as both the victim and the perpetrator.

The hypocrisy of the Pakistani establishment was on full display once again, after the Indian DGMO held a press conference revealing how Indian soldiers conducted a meticulously planned surgical strikes on terror launch pads in PoK.

The first response from prime minister Nawaz Sharif was condemnation of “unprovoked firing” from the Indian side while rejecting Indian claims of surgical strike as a “lie”. It was followed by combative statements like “Pakistan was fully prepared to defend it’s country”.

Never shy of displaying it’s rogue character, it followed its haphazard reaction with a threat of nuclear attack on India. 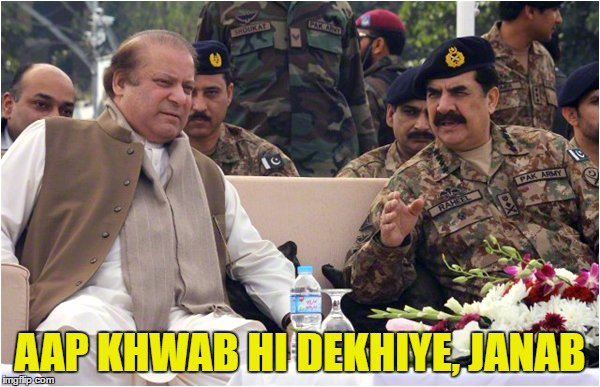 Keeping aside the rhetoric and the nationalistic fervour that has enveloped the whole issue, thanks to overzealous social media users on both sides, here are some hard facts —

On 18 September, 18 Indian soldiers were killed by terrorists in Uri, Kashmir.

The DGMO in a press conference on Thursday categorically stated that there is ample evidence to prove Pakistani hand in the Uri attack. He also said that India is ready to give consular access to the evidence.

Earlier, during Pakistan’s Joint Investigation Team (JIT)  five-day trip to India, the National Investigation Agency (NIA) had given  critical evidence on Pakistani handlers of the terrorists who carried out the January 2 attack on the Pathankot airbase.

According to a PTI report, following this Pakistan backtracked from its promise to allow a team of Indian investigators to visit there to probe the Pathankot terror attack case.

Dossiers on Mumbai terror attack and Dawood Abraham, the mastermind of the 1993 serial bomb blasts in the commercial of India have yielded no result.

Clearly, Pakistan’s track record on cooperating with the investigations in terror is extremely poor. At the same time it never tires of saying how Pakistan is the worst victim of terrorism.

So, when Indian  Army busts terror launchpads in Pakistan, why would it threaten India with a nuclear attack? As rightly, pointed out by Sami, does Pakistan equate an attack on terrorism with attack on itself?

While always being in top form in playing the victim’s card, prominent Pakistanis like cricketer Shahid Afridi never fail to remind us how they are the most peaceful country in the world.

Pakistan is a peace loving nation,y talk abt extreme measures when things can be resolved through dialogues. Pakistan wants cordial 1/2

Who are they trying to fool? Where in the world did the Americans track down Al Qaeda founder Osama Bin Laden and kill him?  Or have they forgotten their’s was one of only three countries, along with Saudi Arabia and the United Arab Emirates (UAE), to recognise the Taliban when they were in power in Afghanistan from the mid-1990s until 2001. Or they need to reminded how every time India’s friendly gestures towards Pakistan yields more hostility. 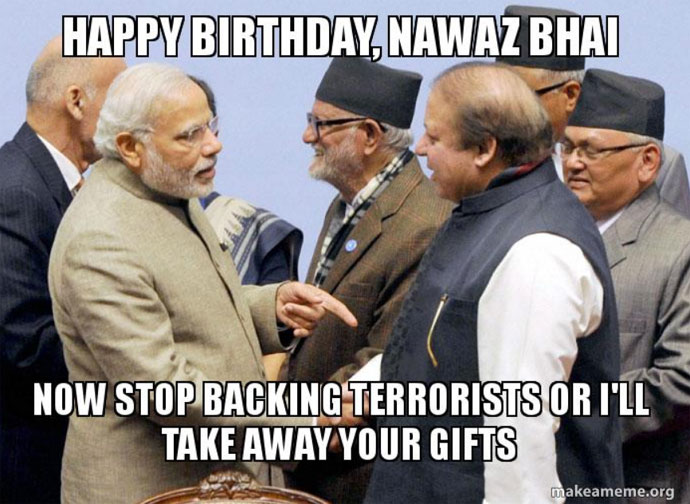 Sami, who was granted Indian citizenship by the Narendra Modi government after his Pakistani passport wasn’t renewed, in just one tweet, has exposed his former country’s  double speak.