Anubhav Sinha’s Article 15 got one thing right about life in rural India, how so much of it depends on santulan (balance). In the 2019 film, Ayushmann Khurrana is a city-bred cop finding his way to an Uttar Pradesh village, where he’s constantly reminded by his veteran subordinate (Manoj Pahwa) to not disturb the intricate balance of hinterland India. In Chandan Kumar’s Panchayat, all it takes for someone to disrupt this carefully mounted hierarchy in another UP village, is a revolving chair. Or like the residents of Phulera like to call it, chakke waali kursi (a chair with wheels). As the show’s third episode shows, competent writing can turn even something humble as a revolving chair into something that disrupts the peace of a village Panchayat, and resolves an almost… prenuptial disaster. 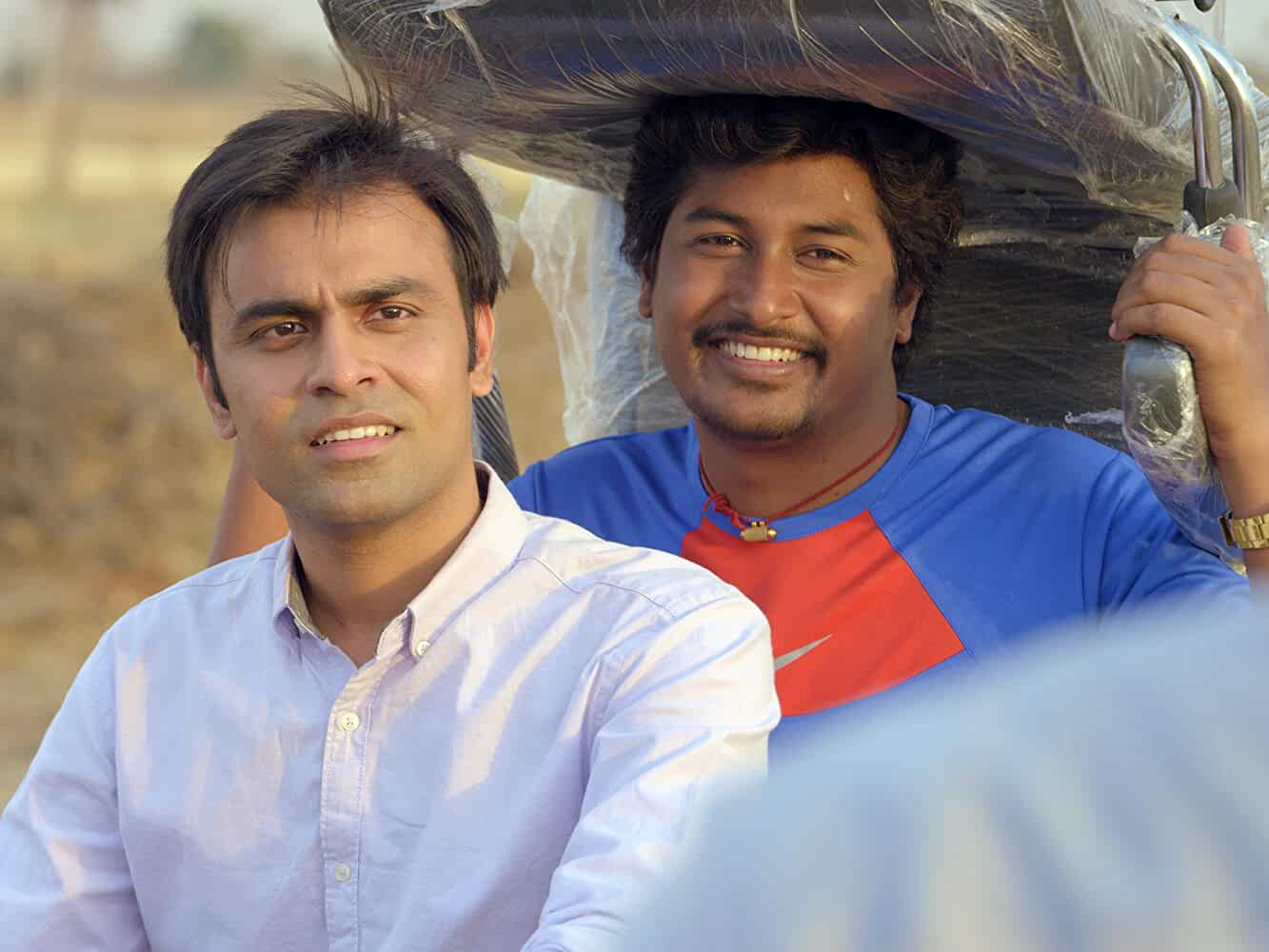 Abhishek Tripathi (Jitendra Kumar) doesn’t desire much from his life in Phulera gaon, Baliya district, Uttar Pradesh. All he wants, after a hard day’s work (and chores that include peeling a bottle gourd), is to sit comfortably on a chair while preparing for his MBA entrance exams. So it’s not surprising that he along with assistant Vikas (Chandan Roy) go on an outing just to procure a chair that not only has better cushioning… but also wheels. It is this feature that stands out for the locals. Even the Pradhan’s (Raghuvir Yadav) chair doesn’t have wheels. “You’re beginning to lose your grip on the Panchayat, and it’s all because of that chair with wheels on it”, a Phulera resident tells the Pradhan after the secretary refuses to put up with a ‘request’. It may sound like a simple enough incident, but for the ramifications it has for the owner of the said chair-with-wheels.

Written by Chandan Kumar and directed by Deepak Kumar Mishra, Panchayat is impressive in how it manages to capture the essence of life in the hinterland, with a controlled setting of five to six primary characters. And the writing is the sharpest in the show’s third episode, where the connection between cinema and a gazetted kursi find newer meanings. A simple chair in a government establishment is already a symbol of power, based on the designation it is representing. So what happens when someone gets a fancier chair than their senior in a govt office? Raghuvir Yadav who plays the village head (or at least the husband of one) wants to mask the discomfort on his face, but he cannot. To the show’s credit, Pradhanji is not a caricature, who will bully his way out of the situation… instead he’ll use his skills as a politician to resolve it. Which brings us to the second part of the show – a wedding in rural India. 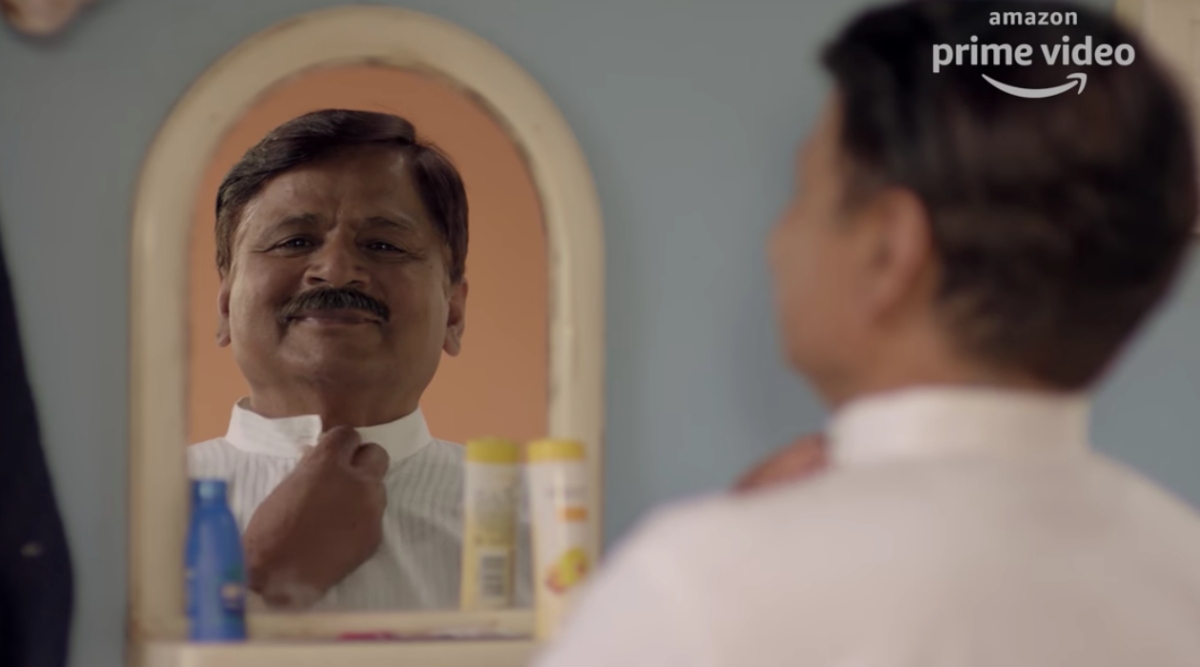 Abhishek has little to no interest in a wedding taking place in Phulera. Marinating in his city-bred apathy, Abhishek can’t seem to understand why Pradhan is going out of his way to accommodate the requests of the man, whose daughter is getting married. “Here in the village, whenever there is an occasion, everyone tries and helps out in their own way. It’s almost like tradition,” Vikas (Chandan Roy) tells a visibly bewildered Abhishek. So when the girl’s father hands him a few responsibilities, Abhishek doesn’t really have a choice but to take it up. And that’s how the second problem in the episode begins to brew.

Abhishek is given the task to tend to the groom and his friends. A tourist in the scheme of things, Abhishek knows that he doesn’t have enough skin in the game. He wants to do the bare minimum to save face amongst the Phulera folk, but he also would rather be doing absolutely ANYTHING else than tending to a groom, who won’t even speak directly to someone serving refreshments. Instead, he would rather tell a friend, who will then loudly instruct the room in a This-Is-What-The-Groom-Wants tone. On one side is Abhishek, who couldn’t care any less, while on the other side is an Indian man being paid (read: dowry) to marry. Already floating in an inflated sense of self, he takes the most inconsequential of Abhishek’s shirks as ‘humiliation’. As the episode crescendos with the resolution finally emerging out of the humble chakke waali kursi, one can’t help but force a smile in the way the status quo is upheld in the end. 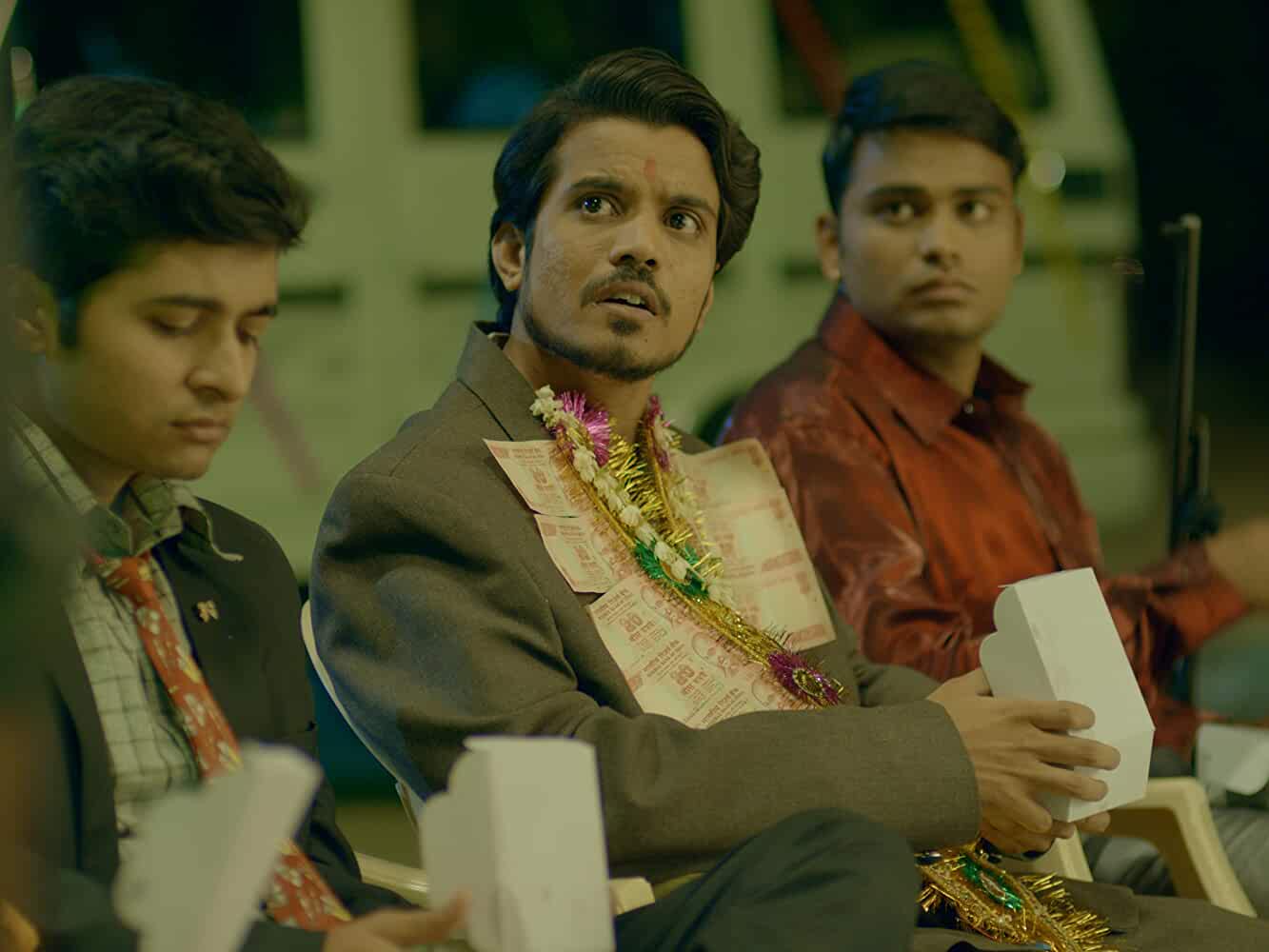 Even though it is Abhishek’s episode through and through (like the rest of the show), the best performances in the episode come from the two people Abhishek has unwittingly ‘wronged’. Raghuvir Yadav as Pradhanji is not the stereotypical upper-caste villain that we’ve been subjected to in a host of Prakash Jha films. He knows that Abhishek probably doesn’t even realise how he’s *disrespecting* the Pradhan ki kursi. On the other hand, Aasif Khan as Ganesh (the groom) is brilliant as the face of the average Indian man’s fragile masculinity. Someone who tears up after being called an ‘asshole’ on his wedding day, so he goes running to Papa.

TVF’s latest offering, Panchayat, is brilliant for how it handles the many ‘issues’, but it does so with a near-invisible touch. A strong supporting cast comprising the likes of Chandan Roy, as the office assistant, Neena Gupta as the ‘real’ Pradhan, ensure that even the most stinging message is accompanied with a laugh. And in all this, it’s the third episode, which is the most stunning achievement. Like the others, even the third episode manages to address India’s many problems with minimum fuss. After all, the santulan of Indian society is really that precarious.