There’s an old phenomenon with a new moniker in town, called mom-shaming. Where the trolls outraging over Priyanka Chopra’s legs redirect their anger towards Aishwarya Rai Bachchan’s parenting skills. Or the apparent lack of it thereof. These are the same people who think Taimur Ali Khan is an ‘improper’ name for an Indian baby. Attacking women on social media just graduated from what she *should wear* to how she *should behave* as a responsible mother. 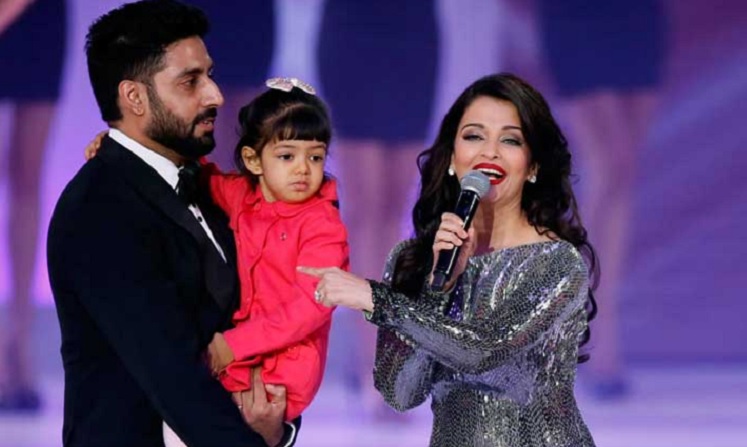 A mother obviously doesn’t understand the gravitas of raising a child, after having carried it for nine months and then pushed it out of her own vagina. She needs to be told how to care.

I’ve gotten loads of posts asking about life after having my son… esp to do with weight and fitness. Seeing as it’s World Breastfeeding Week- time to give some credit where credit is due. Breastfeeding has played such a big part in getting back into shape after giving birth to my baby. Breastfeeding has been challenging+time consuming (literally hours spent everyday trying to stimulate milk supply) but it’s such a beautiful way to bond and connect with your child plus all the nutritional benefits that your child gets from your milk. Look out for my blog post on mycityforkids.com on breastfeeding. Happy #worldbreastfeedingweek

Gauri Khan needs to be told not to wear a see-through top, cos an ‘Indian mother’ should not dress like her teenaged daughter. Lisa Haydon ought not to share pictures of herself breastfeeding her child, cos raising awareness in India is not a woman’s job. They should just stop creating such a nuisance, right? Wrong. 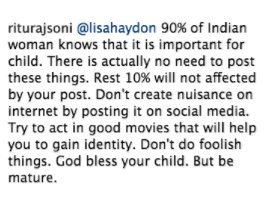 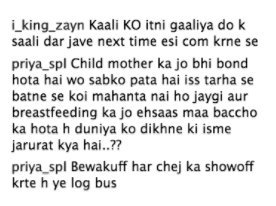 From the many instances mentioned above, we’re witnessing the next stage of social media trolling where someone on the internet cannot just hold it in their pants without playing moral police. For them it’s just not enough to tell the women in their life how to behave – they even have to go after the famous women.

Kareena Kapoor Khan has time and again been given free, unwarranted advice on how to bring up her son. She’s been made fun of during her post-pregnancy days for how she has looked, and also for how she was trying to lose the pregnancy weight. She has been under the scanner each time she has gone out with or without Taimur.

ALSO READ: Lilly Singh powerfully shuts down slut shaming trolls like the bawse she is

Malaika Arora Khan was bullied for her choice of attire, considering she’s a woman of a ‘certain age’.  Moral police just doesn’t take a day off – as it went after the former model/VJ for not adhering to Indian sensibilities.

American model Chrissy Teigen has time and again owned the game of being as transparent as possible about the struggles of being a celebrity mother. Trolls went after her for exposing her baby to the limelight ‘too early’ by going out for dinner with husband John Legend. She has also been told that she didn’t know how to hold her baby. 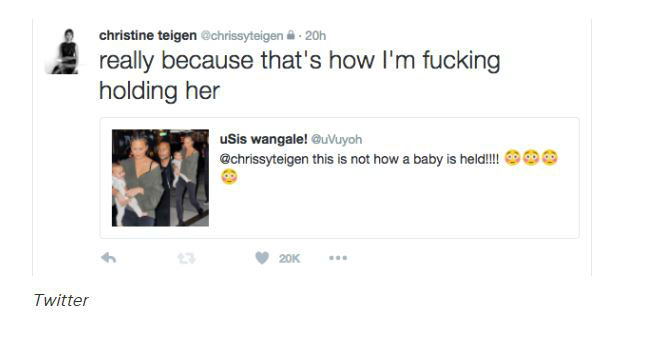 Teigen was even criticised for speaking out about her postpartum depression, which presumably required a lot of courage to talk about. And the super mommy was one step ahead in the game as she gave it to the trolls, even before she could be criticised for this picture of hers.

Another product of our patriarchal culture which assumes that women STILL need to be told the way to lead their lives. Even in 2017.

And the only way to resolve this, is for the famous women to not let it slide, and stand up to these hatemongers – to set the tone for the way they are spoken to on their public social media accounts. The only time these trolls feel secure, is within their anonymity on social media – shine the spotlight on them and they’ll run away. Confronting this culture of bullying head on, is the only way forward.