If you think that the new year is going to be the harbinger of new beginnings, the recent Koffee with Karan (KWK) episode should be enough to burst that bubble. Last year’s countless #MeToo conversations and all the ‘times up’ sloganeering can wait because the KWK episode with cricketers Hardik Pandya and KL Rahul should jolt us back to the reality that mysoginistic statements still make for great jokes.

We sincerely hoped that the episode, featuring two young players from the Indian cricket team for the first time, was going to make the show more interesting. Unfortunately, all it ended up being was a show that encouraged Pandya’s cringe-worthy ‘locker room’ talk. 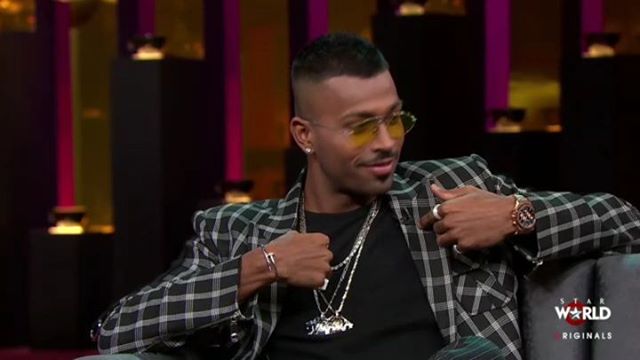 Host Karan Johar, who has recently tried his best to make all the right noises, couldn’t hold back his giggles when Pandya tried to ‘justify’ why he doesn’t remember the names of the women he talks to in bars. “There is so much to talk man, so how can I remember the name,” the 25-year-old explains to Johar.

2. When he says he likes to ‘observe’ women

3. When he attributed objectifying women to the black culture

The 25-year-old dropped racist statements and attributed the objectification of women to black culture. “I do get influenced by West Indies people and all. The black culture…I like that part you know, like playing…. The way of living their life and all so, yeah,” Pandya said on the show.

4. When Pandya shows off his ‘cool’ family

Pandya attempts to show off how cool his family is, and the “open” relationship he shares with his parents and siblings. He recalls how, once at a party, he had pointed at all the women he’s had affairs with as his family proudly exclaims, “waah beta”.

After the episode, it was clear that Pandya’s partner-in-crime, KL Rahul, played the role of the ‘bro’, mostly as a bystander. Pandya has admitted to sending the same message to multiple women. These women have apparently approached Rahul with screenshots and asked him to tell Pandya to at least send new messages. Rahul admits to being used as a means to learn the names of the women Pandya speaks to (since he is busy “observing”).

People have come to the 25-year-old’s defence, claiming that his behaviour should be excused because he’s a school dropout, but let’s make one thing clear that education has very little to do with this. If it did, then sexual predators would not have been identified in academia. Sadly, misogynists like Pandya exist because people like Johar and Rahul overlook his ‘locker room’ behaviour as they did throughout the episode. It’s only after constant calling out and checking of behaviour like this, among our peers, that we can hope for an actual change.