The #MeToo movement is steadily making inroads into Bollywood. First, Anurag Kashyap’s co-owned production house, Phantom Films, was dissolved after one of the co-founders, Vikas Bahl, faced sexual assault allegations. Then, Hrithik Roshan took a stand and refused to work with Bahl in their upcoming movie, Super 30. Now, Aamir Khan has decided to disassociate from a project directed by someone accused of molestation.

Aamir and his wife, Kiran Rao, issued a joint statement on Thursday night. “Two weeks ago, when traumatic #MeToo stories began emerging, it was brought to our attention that someone we were about to begin work with has been accused of sexual misconduct. Upon enquiry we found that this particular case is subjudice, and that the legal process is in motion. We are not an investigating agency, nor are we in any position to pass judgement on anyone – that is for the police and judiciary to do. So, without casting any aspersions on anyone involved in this case, and without coming to any conclusions about these specific allegations, we have decided to step away from this film,” the statement said.

Aamir’s production house was supposed to produce the Gulshan Kumar biopic, along with Bhushan Kumar. The film, titled ‘Mogul’, is slated to be directed by Subhash Kapoor, who had been accused of alleged molestation in 2014 by actress Geetika Tyagi, News18 reported.

It is not known whether Aamir and Kiran were forced to cut-off ties after Tyagi also brought it to their attention in a tweet on October 9 that they were working with Kapoor, “who’s being prosecuted for sexual assault & molestation”.

The complaint filed against Kapoor alleged that he had attempted to rape Tyagi two years ago. The latter had also uploaded a video that shows her slapping Kapoor. Following Aamir’s pull-out from the project, Kumar also claimed that the company will not work with Kapoor. 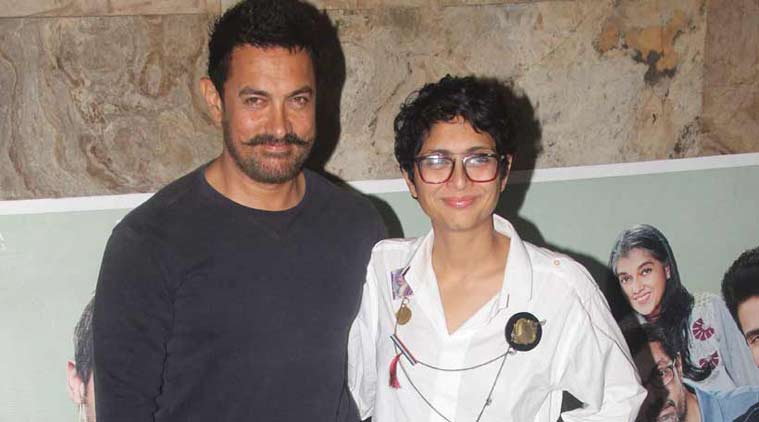 Kapoor told indianexpress.com that he respected Aamir and Kiran’s decision and that he would prove his innocence, but he also tried to get a word in edgewise. “I understand and respect Aamir Khan’s and Kiran Rao’s decision. Since matter is subjudice, I intend to prove my innocence in the court of law. But I do want to raise a question – is secretly filming a crying woman without her consent and knowledge and uploading it on social media not harassment or abuse? Or is it fine if she is related to someone who is “accused” of a misconduct. If your answer is latter then for me it’s nothing less than a khaap panchayat mentality,” he told the news portal.

It seems Bollywood is finally taking baby steps when it comes to addressing sexual misconduct. On Wednesday, members of the Producers Guild of India met in order to discuss the requisite measures that need to be adopted to make the industry a safer place for women.