Stalwart leader J Jayalalithaa, who passed away on Monday after suffering cardiac arrest, was an accomplished film actor who appeared in more than 140 films in various languages. But do you know that she also appeared in a Hindi film in a major role?

Surprised? Jayalalithaa was paired opposite Bollywood icon Dharmendra in the 1968 film Izzat. The stalwart leader played a tribal girl named Jhumki who falls in love with Shekhar (Dharmendra) who happens to be above her in social ladder.

Jhumki was bold and badass who did not have qualms about expressing her love for Shekhar, whose father (Balraj Sahni) hated tribals. The film was directed by T Prakash Rao and also featured Tanuja. 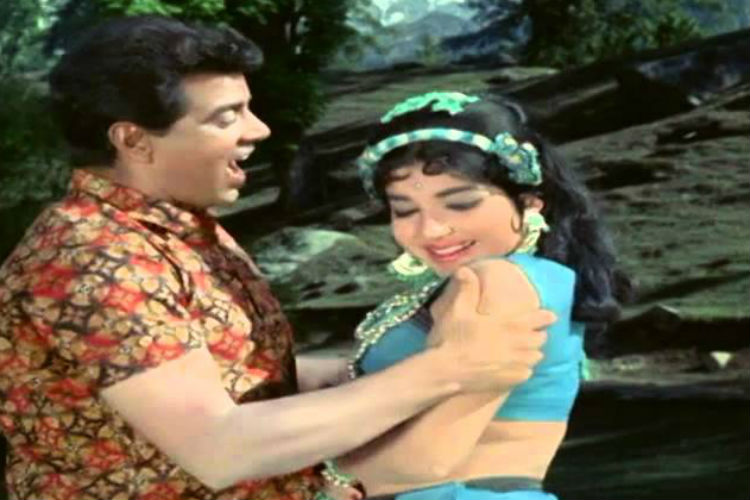 Dharmendra and Jayalalithaa in a still from Izzat. (Photo: YouTube/Goldmine Telefilms)

After coming to know about Jayalalithaa’s death, Dharmendra expressed shock.

“I am deeply shocked. She was my co-star. We worked together in Izzat in 1968,” he told a TV channel. At that time, we stayed for nearly one-and-a-half months in Kulu-Manali (Himachal Pradesh) for the shooting. She was there with her mother who prepared food for us.

Jayalalithaa also appeared in 1962 film Man Maujli, wherein she essayed the role of Lord Krishna in a song sequence. The film featured Kishore Kumar, Saadhna and Pran in major roles.

J Jayalalithaa was buried with full state honours at the state capital’s Marina Beach next to her political mentor M G Ramachandran.

Known for her versatility, Jayalalithaa was a popular film actor in the ’60s and ’70s. Out of 92 films in which she played the female lead, 85 of them turned out to be silver jubilee hits.

After a successful film career, she joined the All India Anna Dravida Munnetra Kazhagam in 1982. Following a bitter succession row in 1987 following MGR’s death, Jayalalithaa took over reigns of the party. Later she served as chief minister of the state for five terms.