Aamir Khan is known to be a team-player, but sound engineer Shajith Koyeri was about to be pleasantly surprised by the actions of his superstar colleague. According to reports in Mumbai Mirror, after Koyeri had a sudden stroke, he was admitted into Lilavati Hospital.

Being met with a callous attitude by both the hospital and the doctor, Koyeri’s family reached out to Aamir for help. The actor reacted promptly, as he paid a visit to Koyeri around midnight on the same day. He apparently blasted the hospital administration and arranged for Koyeri to be moved to Kokilaben Hospital. The sound engineer had previously worked with Khan on Dangal (Aamir’s biggest hit ever).

The fans couldn’t stop gushing about the prompt actions of Aamir Khan, which practically saved Koyeri’s life and sped up his recovery. 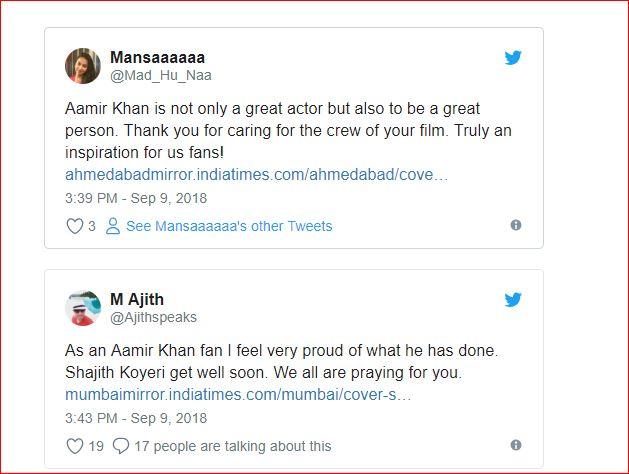 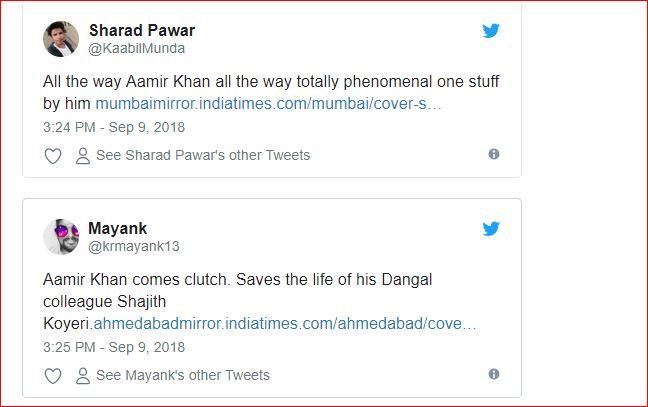 Maybe the cliche is true after all – not all heroes wear capes. Some silently twirl their moustache from the wings of the stage.