When Ram Kapoor and Sakshi Tanwar starred in the serial Bade Ache Lagte Hain, which belonged to Balaji Telefilms’ repertoire, they easily became the most loved pair on television. Now, the stars have signed up for a web series called  Karrle Tu Bhi Mohabbat and they all set to bring back their romance. All those who loved Mr Kapoor’s and Priya’s ‘nok-jhok‘ in Bade Ache Lagte Hain will definitely love what they have to offer.

The trailer of Karrle Tu Bhi Mohabbat unveiled a short while ago. The web series is a part of ALT Balaji’s YouTube channel and this is Balaji’s foray into digital content. A few days ago the trailer of Test Case featuring Nimrat Kaur was released and it garnered lauds.

Now, with Ram and Sakshi’s serial, seems ALT Balaji has hit another sixer. The trailer starts with a sneak peek into the life of Karan Khanna, the actor, who is addicted to alcohol. Sakshi takes on the case of ridding him of his addiction. The way their lives pan out after they run into each other forms the crux of the story. 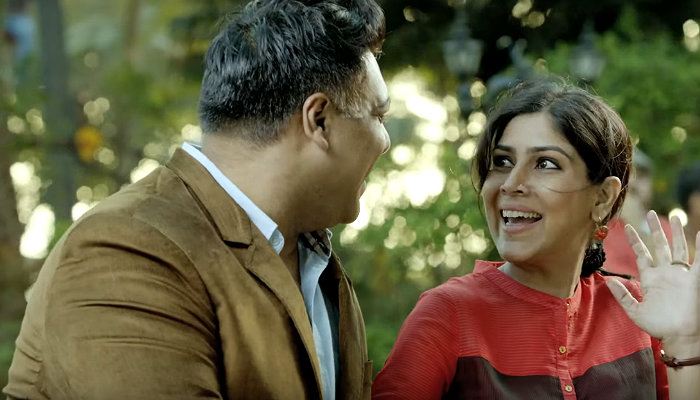 What is unmissable in the trailer is how the two constantly keep fighting and leave no chance to take a dig at each other. Their petty fights and disagreements will teleport you to the Bade Ache Lagte Hai days. Ram and Sakshi do look like a pair made in heaven and two people who enjoy each other’s company.

Also read: Teaser of Ekta Kapoor’s ALT Balaji is here and we are glad she broke from saas-bahu drama

Speaking about this new show, Sakshi Tanwar said in an interview:

People gave us so much love for our previous show. They loved the pairing and Ekta wanted to repeat it because she had loads and loads of requests from fans that they wanted us together. This was a story which suited both of us. So we are on board.