It’s only been a few hours since Bhushan Kumar found out that T-Series had taken over Pewdiepie, to become the most subscribed to YouTube channel on the planet. With a reported subscriber base of 92.14 million, T-Series’s Bhushan Kumar was just about to pop the champagne (something he had been waiting to do for the last few months), when he found about a channel called Sharma Ji Ka Beta Vlogs, that surpassed the top 2 channels to amass a subscriber base of 99.9 million.

Bhushan Kumar looked visibly furious as to how a channel about tips to be an adarsh baalak had overtaken his rich repository of Hindi film songs. Owning about 70% of all the copyright of Hindi film music since the 1980s, Kumar has built a massive business empire based on many abhorred remixes. He’s built a fortune with the billions of hits from his millions of subscribers, has now been toppled by Sharma Ji Ka Beta Vlogs, that has gained over half its subscribers over the course of the last month. 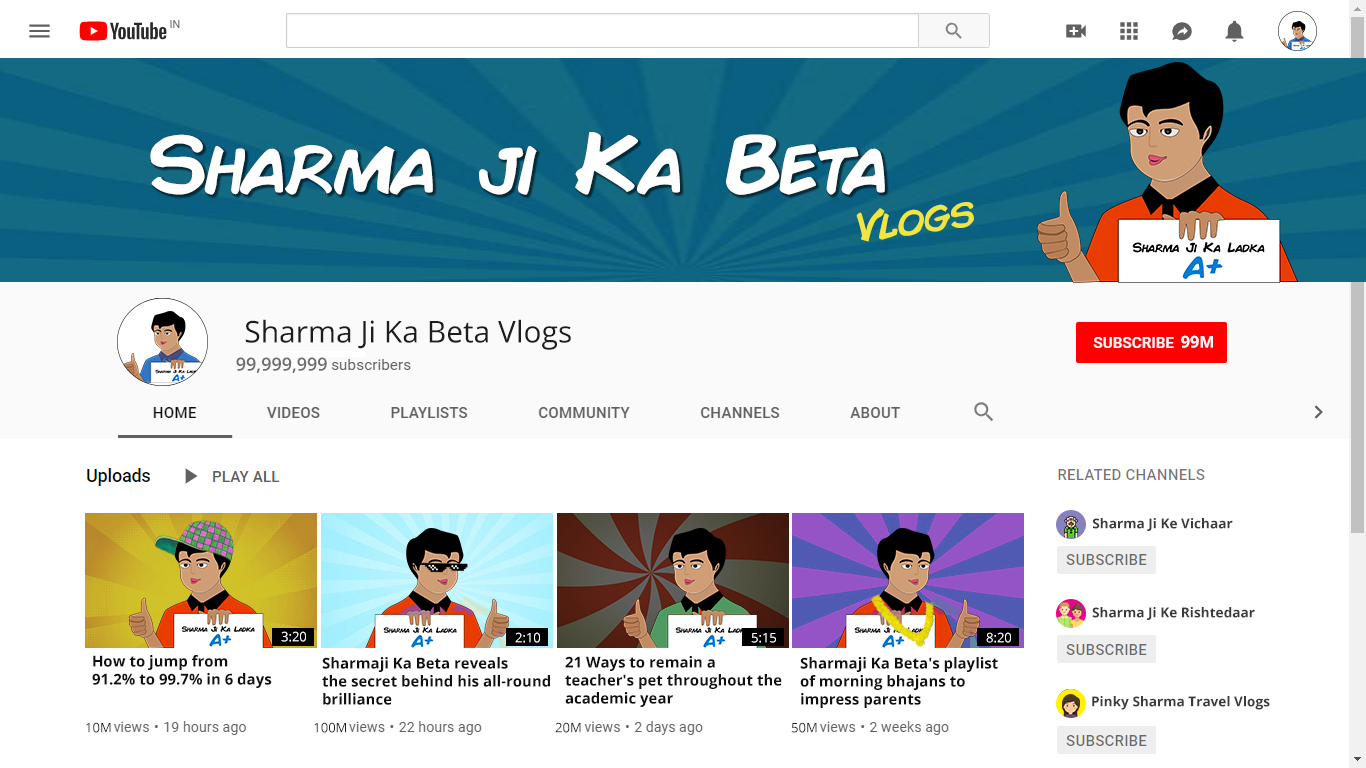 Many public intellectuals are theorising this astronomical surge in subscriber base, because of the current government’s unfailing focus on sanskaar. And therefore, with only a little over a week to go for the elections, many young members of the Indian electorate are looking upto the Sharma Ji Ka Beta VLogs to be on their ideal behaviour during election season.

Bhushan Kumar was seen stepping into one of Arijit Singh’s wailing sessions with Jeet Ganguly, to get over the shock of having to chase yet another channel. Kumar has used up a significant amount of his clout into getting movie stars to endorse his YouTube channel among the general public, Kumar even went so far to evoke nationalism by asking his fellow Indian citizens to subscribe to the ‘swadeshi’ channel – T Series. And yet, it somehow feels poetic that a YouTube channel peddling sanskaar is at the top of this pile. Both Bhushan Kumar and Pewdiepie can learn something from Sharma Ji Ka Beta.

Disclaimer: At this point, we would like you to check the calendar and not hit the report button.  T-Series IS the biggest YouTube channel as of today, and Pewdiepie isn’t crying in some corner. Check out his video congratulating Bhushan Kumar on his alleged tax evasions and the many plagiarism allegations against his company. It’s vivid.