Ekta Kapoor’s digital entertainment platform has till now entertained viewers with its content. Contrary to what Ekta’s previous shows have been like, ALT Balaji saw an array of different shows. Now, she has announced that ALT Balaji will air Ragini MMS 3, and you ‘ll be surprised to know who is playing the lead role. Karishma Sharma has been roped in for this role and the first still from the show is definitely steamy.

Karishma Sharma played the role of Raina Singh in Yeh Hai Mohabbatein. Her character has shades of grey in the hit serial. Karishma also appeared in Pyaar Ka Punchnama 2. Apart from Karishma, Riya Sen has an important role to play in Ragini MMS 3. The story of the series revolves around two girls who witness eerie happenings in a deserted college. They find a scandalous MMS CD which helps them solve the mystery. 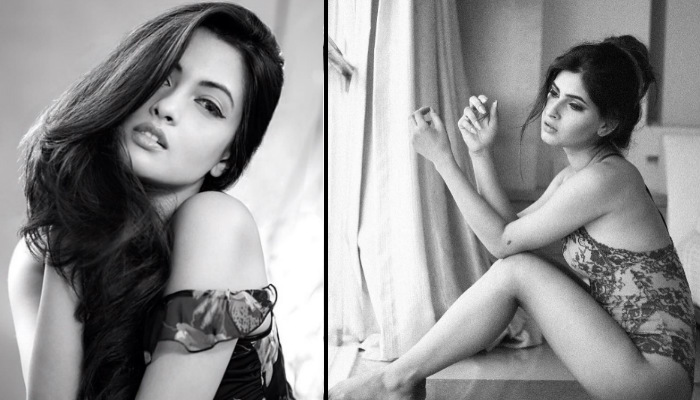 Also read: Ekta Kapoor explains why talking about sex cannot be taboo. Yes, even in 2017

The first look of Ragini MMS 3 confirms the series will be high on sex appeal. In the picture which Ekta shared, Karishma can be seen striking a sultry pose as she bares her back. Here is the picture Ekta shared:

ALT Balaji has been in news for a long while and was seen as Ekta’s move to revolutionise entertainment. Taling about the digital format, the TV czarina had once said:

Thank God I got a chance to tell such stories. You wouldn’t believe the amount of stories we have and wanted to tell, but due to lack of short format on television, we couldn’t. Digital space has given me, as a creative person, the second lease of life. I am eternally grateful to be able to tell these stories

As viewers, we are also glad Ekta is bringing such good stories to us. We, for once, are excited for Ragini MMS 3. While tou wait for Ragini MMS 3, check out these pictures of Karishma: