The first episode of ALT Balaji’s new show The Test Case is finally out. Starring Nimrat Kaur, the web series chronicles the struggle of a woman officer in the armed forces. It is after a long time that a woman is seen donning a uniform on the small screen. Directed by Nagesh Kukunoor of Iqbal fame, the show has an ensemble cast comprising Atul Kulkarni, Rahul Dev, Rituraj and others. Juhi Chawla plays a cameo role as India’s defence minister.

The episode of the much-anticipated web series begins with the introduction sequence wherein the cadets including Captain Shikha Sharma (Kaur) aspiring to be inducted into the Indian Army’s Special Forces are paraded on arrival and asked to do 100 push-ups. They are supposed to undergo grueling training session under the supervision of Kripal Bhatti (Rahul Dev), jiska maksad un sab ko todna hai (motive is to ‘break’ them). After a strenuous test of strength, the young blokes in uniform are made to stand in sun while facing crude jibes from the Big Boss, Commandant-Special Ajinkya Sathe (Atul Kulkarni). Sathe is a typical badass army official who will not compromise with discipline.

Captain Shikha Sharma is a Test Case, reason we choose not to reveal. The 41-minute long episode chronicles her first day at the academy, wherein she realises that a course to be inducted into the elite squad of the armed forces is much tougher than she had imagined. Nevertheless, Sharma tries her best to gel with her peers and proves her mettle before Commandant Sathe, who is indifferent towards her. 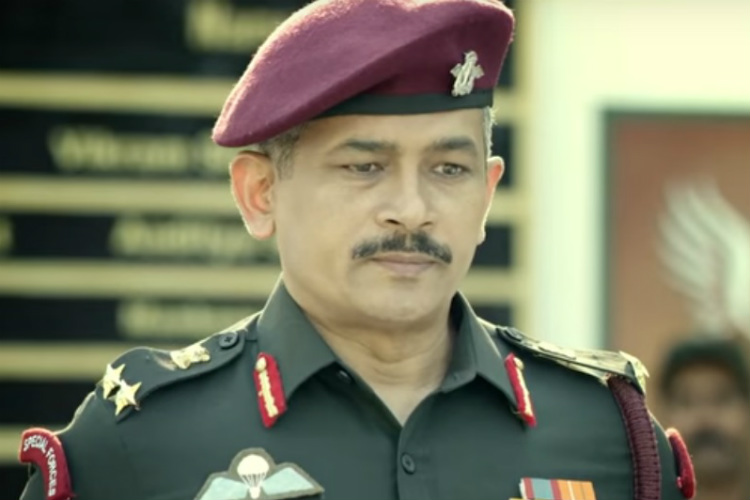 Atul Kulkarni in a still from The Test Case. (Courtesy: YouTube/Bollywood Movie Trailers)

Nimrat Kaur shot to fame with her role of a housewife in The Lunchbox and earned further praise as Akshay Kumar’s wife in Airlift. In this series, we get to see another shade of the actor who dons olive green with elan and does full justice to her role. Her body language including the manner in which she stands on her toes to salute her superior is damn perfect. The first episode portrays how women find it extremely hard to make their way out in the armed forces. Kukunoor has got his casting right as both Rahul Dev and Atul Kulkarni have gone into the skin of their characters. 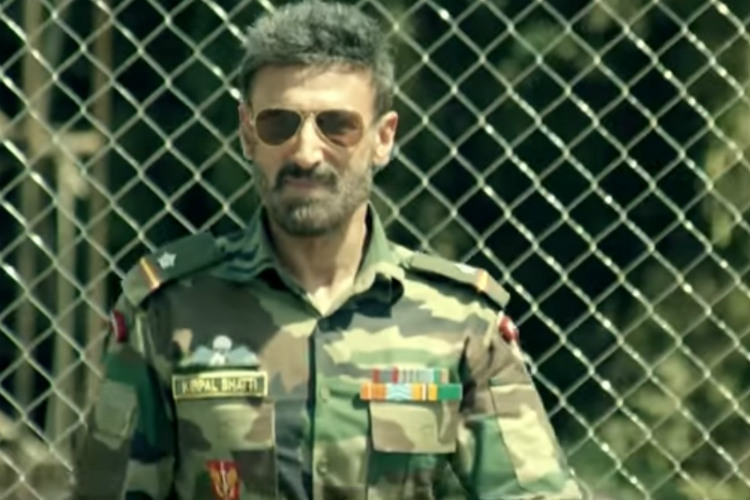 Rahul Dev in a still from The Test Case. (Courtesy: YouTube/Bollywood Movie Trailers)

Dev has mostly been essaying negative roles in his film career and with TTC, we hope to see another shade of his personality. Kulkarni was last seen in Shah Rukh Khan starrer Raees and 1971 Indo-Pak war drama The Ghazi Attack.

#TheTestCase, a story like no other for a service like none other. Overwhelmed with all your love, this one will be special forever. #Proud pic.twitter.com/mfpKg9k2yK

There is a crucial scene in the episode about a dejected cadet which is a bit too long. The director could have shortened the sequence which puts you off for a while. Let’s hope such minor misses are avoided.

Meanwhile, watch the trailer of the web series here.

Also read: Watch: Nagesh Kukunoor and Nimrat Kaur want The Test Case to inspire Indian women to get into combat roles
For interesting entertainment and lifestyle videos from InUth, follow us on Youtube.com/InUthdotcom