If there ever was a show that could trigger mass hysteria within the sanskari (and sexually repressed) folds of Indian society, it would be Netflix’s Sex Education. Curiously enough, the first season of the show escaped the usual calls of ‘boycott’ from this lot. Perhaps the word ‘education’ was too confusing? Jury’s still out on this one. 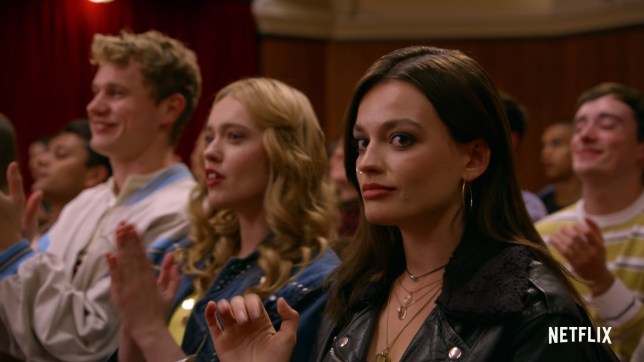 In fact, for the most part, Season 2 seems to be holding itself back. Where Season 1 was a wild, bumpy joyride of straight, gay, lesbian, bisexual teens trying to live their best life, Season 2 is more of see-saw that blends teenage love stories with sexual health PSAs, with less success than before. It’s still outrageous, still endearing for the most part, but sadly, not as funny.

A brief summary of the first season, in case you missed it: Two teens, Otis and Maeve (Emma Mackey), start a sex clinic for their batchmates, navigating their way through high school’s sexual histrionics (viewer discretion advised for Indian parents). Together they ‘shrink’ their way through sexual trials of the teens, teaching not only the audience about sexual health, but also the audience. For instance: Vaginismus. Look it up.

But as the school year progresses, keeping up the clinic along with the drama in their own lives, gets increasingly difficult.

Season 2 falls through the same cracks as most returning popular series do. The showrunners clearly took note of all the characters who connected with the audience in S1: Otis, with his inability to be at peace with his own body, his mother — Jean Milburn (Gillian Anderson) — a sex and relationship therapist, whose refusal to filter her comments deserves a stand-up special of its own, Otis’ out and proud gay best friend Eric (Ncuti Gatwa) who is so completely owns his role, someone should give him a spin-off of his own, and of course Maeve, with her complex trailer park toughness and instant bond with the viewers.

Unfortunately, in their attempt to make the show more about thee journeys of these characters, they’ve lost much of the quirkiness and hilarity a large pool of hormonally charged teens bring to the playing field.

In a society where sex is only openly referred to in drawing rooms under one circumstance: to check if a married couple is fulfilling their obligation towards the national population, it would be interesting to note how they react to a show that not only talks about straight and LGBTQ sex, but also indulges in it.