From the time it was announced, Ragini MMS Returns, the web-video series of ALT Balaji has been making a lot of noise. A few days ago, the first poster of the series was released featuring Yeh Hai Mohabatein actress Karishma Sharma. The actress was seen in a rather bold avatar flaunting her bare back. And just when we thought, the posters couldn’t get any raunchier, the second one proved us wrong. If you have already seen it, you will know what we are talking about, and if you haven’t, well!

Now after the posters, the web-series is back in the news because of a video leak. Apparently, a clip from Ragini MMS Returns featuring a love making scene of Riya Sen and her co-star, Nishant Malkani, has been leaked. Needless to say, the clip has been going viral on social media. 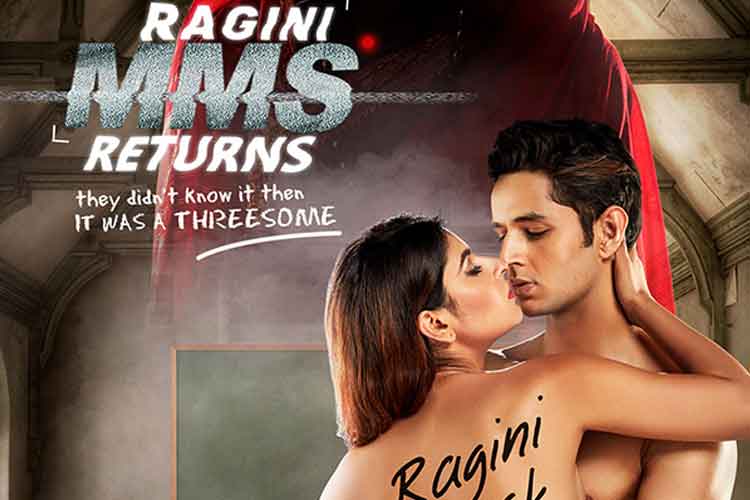 In the video, Riya can be seen telling Nishant she is about to get married and they should end their relationship, but instead, Nishant and Riya get intimate.

Reportedly, Riya, who recently tied the knot with her longtime boyfriend, Shivam Tewari, was not comfortable shooting such explicit scenes. In fact, she reportedly went to the director Suyash Vadhavkar and spoke about her reservations. Apparently, Riya said:

I have reservations (after marriage) about shooting intimate scenes

The series is about two girls (played by Karishma Sharma and Riya Sen) who witness eerie happenings in a deserted college. They find a scandalous MMS CD which helps them solve the mystery.

A few days ago, Riya Sen became the internet hottie when she shared a picture of a lip lock with husband Shivam Tewari from her honeymoon in Prague. Expectedly, people found it too hot to handle. In case you missed it, here’s the photo of Riya and her husband, Shivam sharing a passionate kiss:

Also read: All the inside photos from Riya Sen and Shivam Tewari’s wedding

Well, with this video leaked, we wonder what the makers of Ragini MMS Returns would do to keep a check on such incidents.