The Viral Fever or TVF as it is popularly referred to has revolutionised entertainment because their idea is to tell stories that are relatable and spot on. No wonder all TVF shows enjoy an immense fan following among the youth. But if we were to point out one man who can proudly take all the credit for the heights TVF has scaled in the recent years, it is Jitendra Kumar. Jeetu, as he is called by his fans, is an engineer by profession and a known face in TVF.

Out of all the marvelous works he has done, his ‘Conversations with Dad’ and the parody of Arvind Kejriwal are vividly remembered by fans. But Jeetu’s talents are not just restricted to acting, obviously! He is also a writer and admits to being a lover of words. His Twitter handle goes by the name of ‘FarjiGulzar’ in which he shares his creations. In a telephonic conversation with InUth, Jeetu spoke about making viral content, the love he receives and more.

All the videos which TVF makes go viral instantly. Is there any formula which you guys follow while creating something?

Well, we are also trying to learn the formula which we use (laughs). I think it is all about enjoying the process. If actors and writers are having fun in creating something, then it works. Also, it is important to keep an eye on trends. You should keep in mind what is in news and how you can make it relatable for viewers. If you follow these, then you can make viral content. 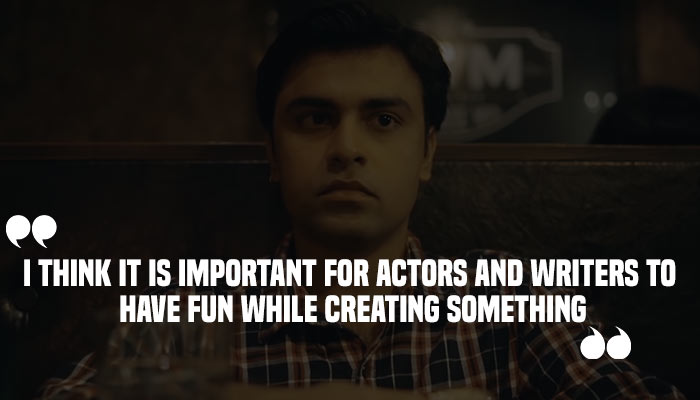 Jeetu in a still from TVF Pitchers (Treatment by InUth, Chetan Kamal)

Jeetu, you are seen in many videos of TVF. What do you think while shooting a scene- be it as iconic as the ‘Tu Beer Hai’ sequence from TVF Pitchers or any other video?

Before any scene, I get really nervous. I try to rehearse a lot. So, while people around me are doing other stuff, I take out time to practice my lines. My goal is to say lines as realistically as possible. I think rehearsing a lot works for you. 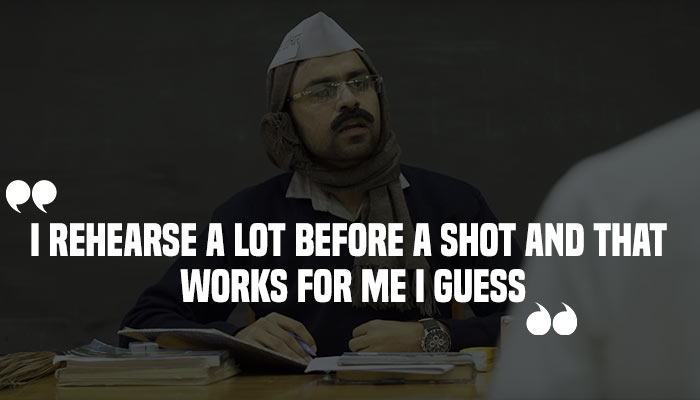 Jeetu in a still from a TVF video (Treatment by InUth, Chetan Kamal)

So, tell us more about the Tu Beer Hai scene. Whose idea was it and how did it happen?

When the story was written for the first time, a scene in which a senior talks about his plans was very much a part of the series. It was Biswa’s (Biswapati Sarkar) thought. His idea was to add a creative tinge to philosophy because if said in a normal manner, the lesson doesn’t leave an impact. He wanted to make it entertaining. So since everyone was sitting in a bar and the most basic thing available was beer and he used it to give a life lesson. When I heard it, I knew it was going to be very popular. It was appealing and I am glad people still remember it.

Jeetu, you are seen as a millennial entertainer, how does all the attention feel?

I love the appreciation which I get. I think this love keeps an actor going. Personally, for me, there is nothing which would force me to get out of bed every morning. There is nothing entertaining in an artists’ life. It is all about meeting the same people and rehearsing. If one gets appreciation from time to time, it becomes overwhelming.

Talking about experiences, you were recently a part of Airtel Live with TVF. How did it feel to be locked in a house for three days with no connection to the world?

Well, it was fun. The entire concept was unique. There hasn’ t been a single incident when someone stayed online for 3 days. You know cricketers take a break even after a test match, it gets over in the evening. I was online for every second in those three days. It was a huge challenge for me and I used to get frustrated after 5-6 hours. But no complaints, I loved it.

Also read: Dharmesh Sir is an institution of his own kind and here’s why you should be his fan

If you had to give tips to engineers who wish to take on a new career path, what would that be?

I would urge everyone to finish their college first. And then start writing. Keep scribbling and tearing pages till you are satisfied. If you wish to become an actor then rehearse a lot. Once you have done it enough, take your camera, shoot and put it on YouTube. If people like they will watch it and then come up with suggestions. It is really important to understand your audience and pay attention to what they are saying. 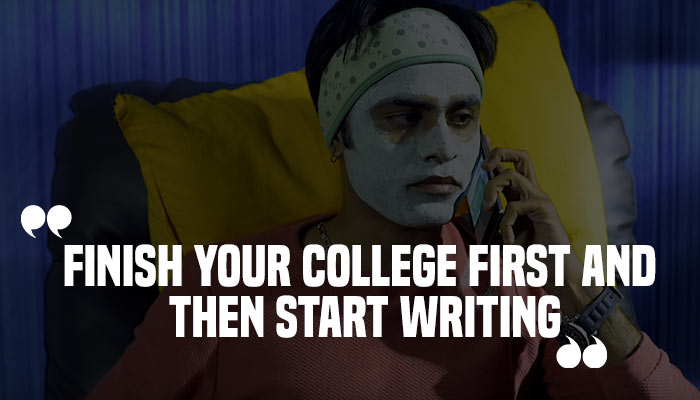 Jeetu in a still from a TVF video (Treatment by InUth, Chetan Kamal)

Jeetu, you are also a poet and your social media profiles boast of your writings. Tell u  something about it.

Well, these are things I wrote during college. I was inspired by Gulzar saab and Javed Akhtar saab. These are not new lines but the ones I wrote in the past. There are many who think I should not do that and stick to acting, but I like writing. (laughs).