If you thought only Bollywood is capable of churning out mega budget flicks, think again. The filmmakers from neighbour Pakistan will entertain their audience with an upcoming war film Yalghaar. Yes, it has nothing to do with Sanjay Dutt-starrer of a similar name. Directed by renowned Pakistani filmmaker Hassan Rana, the film will release this Eid.

Rana is known for the 2013 flick Waar which had gained a lot of popularity in Pakistan. An ensemble star cast comprising Shaan Shahid, Humayun Saeed, Sana Bucha, Adnan Siddiqui and others, the film is based on Pakistan Army’s operation against Taliban militants in Swat region of the country. During the trailer launch of the film in Karachi, Rana told to a Pakistan daily that he had made Waar to instil a sense of nationalistic pride among his countrymen. 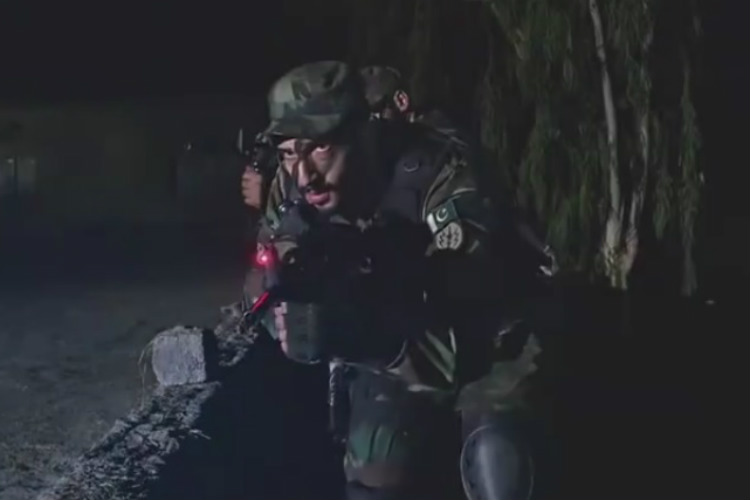 A still from the trailer of Yalghaar. (Courtesy: Facebook/Yalghaar)

Talking about the film, Rana had said that he wanted the people to know what goes in the mind of a soldier who protects his country along the border. The filmmaker’s previous venture Waar had turned out to be a commercial success in Pakistan. It was based on the army’s counter-terror operations in the country. You can watch the film’s trailer here.