The city of Los Angeles was inconceivably brighter on the night of January 29 as it hosted the 23rd Annual Screen Actors Guild Awards. The ceremony was held at the Shrine Auditorium where we have seen some pretty strange things go down. Undeniably, strange things have happened here, no stranger would it be. But surprisingly, stranger things did happen at the SAG Awards 2017. Like, actress Winona Ryder’s face looking totally mysterious as Stranger Things co-star David Harbour delivered an acceptance speech for the Outstanding Performance by an Ensemble in a Drama Series award. 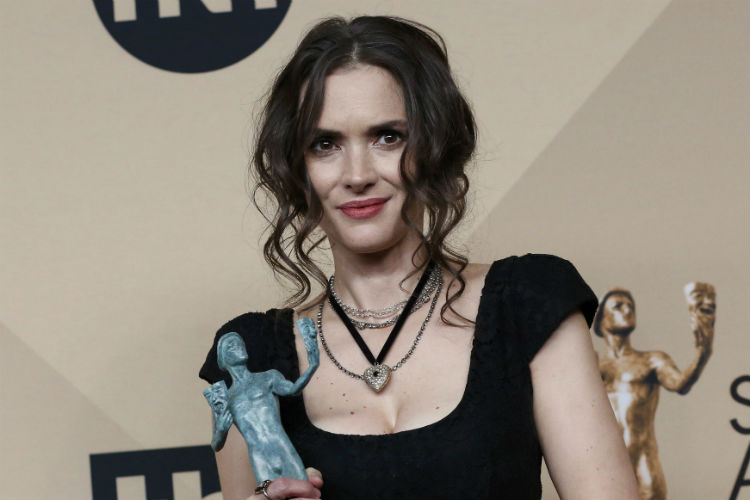 As Harbour spoke on behalf of the entire cast at the stage (it was a very moving speech by the way), Winona Ryder had instantaneous responses all ready. No, she didn’t utter a word (except about how heavy the statuette was). Except she didn’t need to! Her face said it all. 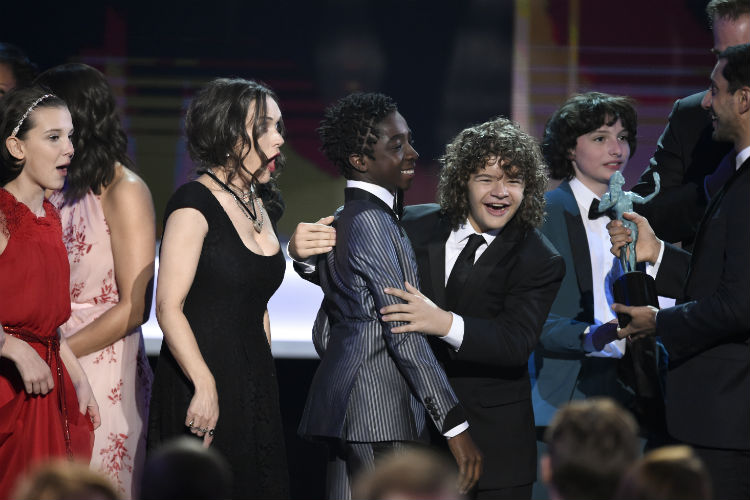 “Wow! This is unreal. I’m supposed to start talking. I’m sorry, I’m sick,” as Harbour began, Ryder looked startled and kinda wobbly when she was handed the statuette. She handed over the trophy to Harbour and thus began the deluge of perfect meme-worthy expressions!

“On behalf of this fearless and talented cast, we’d like to thank Netflix, Sean, Matt, Ross and the amazing casting director Carmen Cuba. And I would like to say that in light of all that’s going on in the world today, it’s difficult to celebrate the already celebrated Stranger Things. But this award from you, who take your craft seriously and earnestly believe, like me, that great acting can change the world, is call to arms from our fellow craftsmen and women to go deeper, and through our art to battle against the fear, self-centeredness, and exclusivity of our predominantly narcissistic culture. And through our craft, to cultivate a more empathetic and understanding society by revealing intimate truths that serve as a forceful reminder to folks that when they feel broken and afraid and tired, they are not alone.”

As Harbour, who plays Police Chief Jim Hopper, delivered this perfectly-worded, meaningful speech, Winona Ryder’s expressions in utter contrast made the speech more humourous than it should have been. Matthew Modine struggled to keep her standing upright as he held the actress by her shoulders. 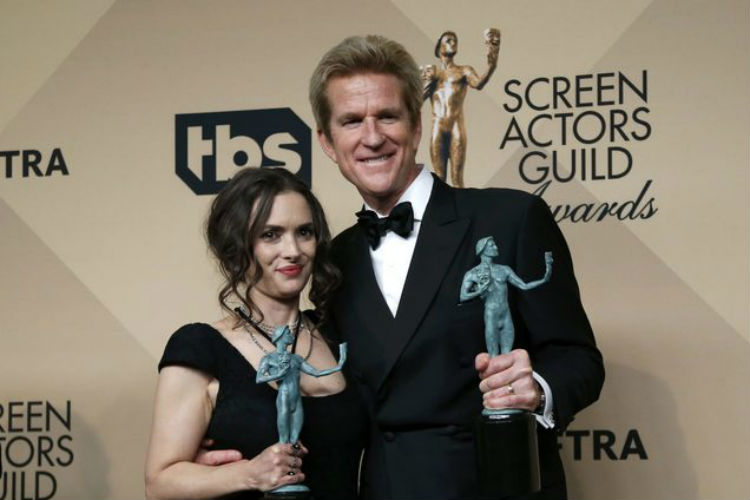 Winona went from startled, to confused, to smiley, and went on to exhibit every expression humanly possible as Harbour continued with his speech. “We are united in that we are all human beings and we are all together on this horrible, painful, joyous, exciting and mysterious ride that is being alive. Now, as we act in the continuing narrative of Stranger Things, we 1983 Midwesterners will repel bullies. We will shelter freaks and outcasts, those who have no home. We will get past the lies. We will hunt monsters! And when we are at a loss against the hypocrisy and casual violence of certain individuals and institutions, we will, as per Chief Jim Hopper, punch some people in the face when they seek to destroy the weak and the disenfranchised and the marginalised. And we will do it all with soul, with heart, and with joy! We thank you for this responsibility. Thank you.”

Drunk or not, she was hilarious and after Trump’s Presidency (did you all read that bit about White House Press Secretary Sean Spicer retweeting The Onion?), this may just be the comic relief America needed.