When the trailer of Sanjay Leela Bhansali’s Padmavati was released, the buzz was about two things – Deepika Padukone’s unibrow and Ranveer Singh’s savage look. Many argued that the trailer of the magnificent period drama did not do justice to Shahid Kapoor who plays the role of  Raja Rawal Ratan Singh. For the first time ever, Shahid explained why his screen time was brief and how the trailer was just the tip of the iceberg.

Speaking about his character, Shahid said it was deliberately underplayed in the trailer. The actor said: 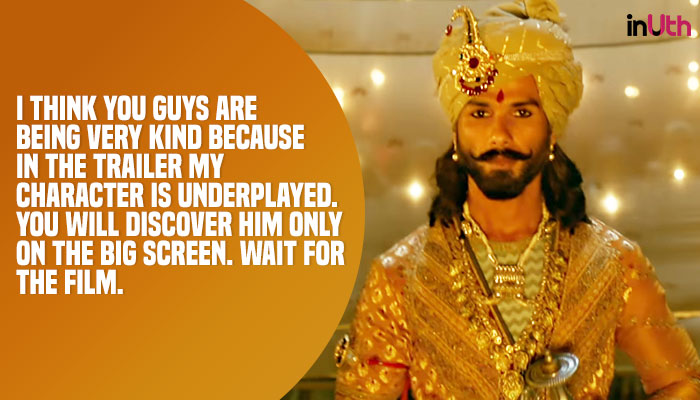 Shahid added that he has given 200 percent to the movie and it is a privilege he is playing a Rajput king. He added: 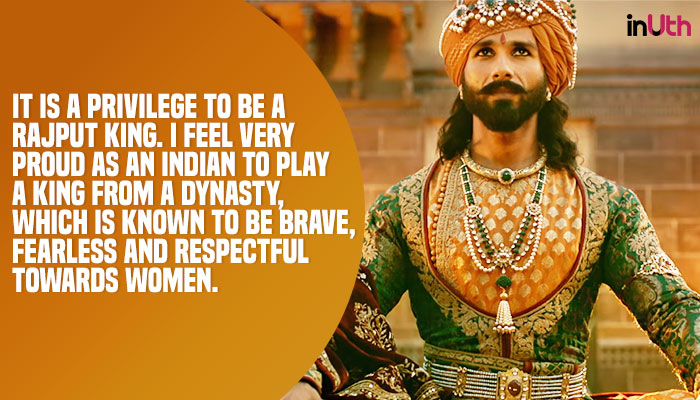 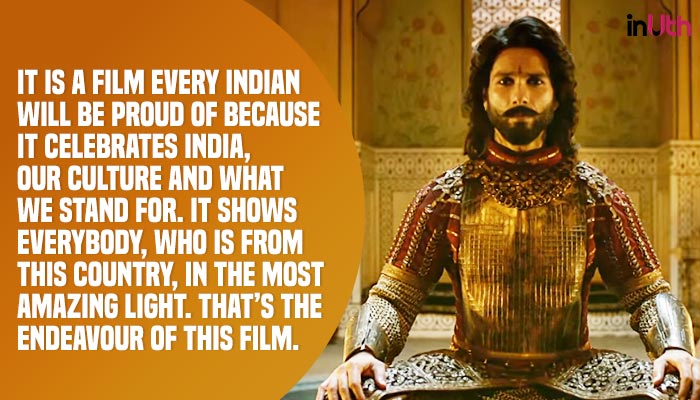 Speaking about the barrage of controversies that have engulfed the movie, Shahid said he really can’t talk about it but maintained that people should watch the movie. He said: 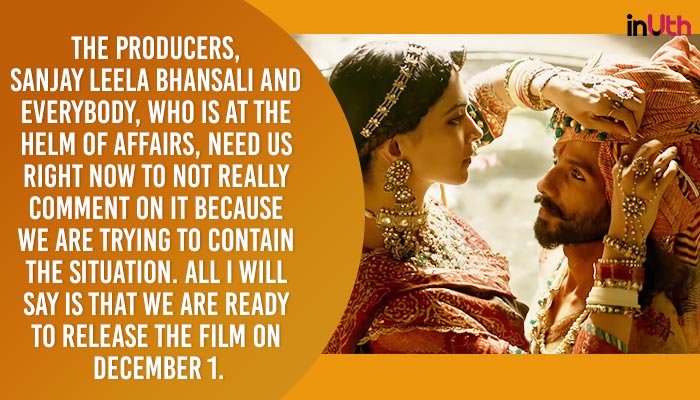 While Shahid chose to stay quiet on the controversies, his co-star Deepika Padukone shunned the rangoli incident on Twitter. A few days ago, a rangoli inspired by Deepika’s look from the magnum opus was destroyed by goons. The artist- Karan, took to Twitter to reveal that it took 48 hours to make it and goons destroyed it in seconds. A furious Deepika then took to Twitter to condemn the incident and also requested the I&B minister Smriti Irani to take action. Here are her tweets:

Who are these people?Who is responsible for their actions?For how long are we going to let this go on? pic.twitter.com/2WFN0jcdua

allow them to take law into their own hands & attack our freedom & right to individual expression time & again!? pic.twitter.com/jlR5p3seds

this has to stop NOW & action must be taken! @smritiirani pic.twitter.com/o5RGhDTHPJ

As Shahid said, we hope Padmavati has a smooth release. If you haven’t seen the trailer yet, here it is: