The ongoing reports of scuffle between stand-up comedians Kapil Sharma and Sunil Grover on board a flight has left everybody shocked. Kapil took to social media to clarify the incident as an argument during journey from Australia to Mumbai. But the reports suggest that Sunil, who plays Dr Mashoor Gulati in The Kapil Sharma Show, might not be a part of the show anymore.

It is not the first instance when Bollywood celebrities have clashed with each other in public. In an industry which brings in a lot of fame and money, ego clashes are inevitable. In recent times there have been reports of unruly arguments between the tinsel town celebs. Let us take a look at some infamous fights.

Shah Rukh Khan and Salman Khan: They were friends, fought and are now pals again. But the differences between these two superstars changed the dynamics of the industry during their seven-year-long feud. According to reports, Shah Rukh and Salman almost came to blows during a heated argument at Katrina Kaif’s birthday bash in Mumbai in 2008. They used to avoid each other at various public events. Although the duo maintained that everything was cool between them, but media could not stop talking about it. They however hugged each other at Baba Siddiqui’s iftar party in 2014. Now, they are BFFs once again and SRK will be doing a cameo in Salman Khan-starrer Tubelight. Meanwhile, have a look at their reunion at the famous iftar party three years ago.

Salman Khan and Vivek Oberoi: No one messes with Salman Khan. And Vivek Oberoi learnt it the hard way. The Company actor started dating Aishwarya Rai (now Bachchan) after she broke up with Salman. The Dabangg actor could not digest the fact and allegedly called up Vivek, threatening to kill him. Vivek called up a press conference and went on record to level allegations against the Sultan actor. However, his relationship with Aishwarya did not last long. Since then, Vivek has tried to several times to bury his hatchet with the superstar. But the latter is unmoved and avoids talking about him in public.

Kapil Sharma and Sunil Grover: Kapil Sharma and Sunil Grover share a wonderful chemistry on-screen. The Kapil Sharma Show is doing well and audience are left in splits to see both of them taking jibes at each other. However, the duo was reportedly involved in an ugly scuffle on board a flight from Melbourne to Mumbai. It is alleged that Kapil in an inebriated state abused Sunil and mocked him for the show Mad In India which flopped. Later, Kapil in a Facebook post dismissed the news stating that both the actors do argue but in healthy spirit. Here is the Facebook post written by the comedian.

Shah Rukh Khan and Shirish Kunder: Shah Rukh Khan is known for his terrific sense of humour and friendly nature. However, things turned ugly during a party in 2012 when King Khan in a fit of rage slapped filmmaker Shirish Kunder. It is said that SRK had nursed an old grudge against Farah Khan’s husband who had made fun of Ra.One which did not go well at the box office. Later, the duo patched up at SRK’s residence Mannat.

Ronit Roy and Aditya Pancholi: Bollywood’s seasoned actors Aditya Pancholi and Ronit Roy almost came to blows at suburban bar in Mumkbai seven years ago. According to TOI, both the actors were engaged in an animated conversation which suddenly turned into an ugly argument. The onlookers had to intervene to pacify the duo. However, the duo refuted the news reports with Pancholi claiming that it was a friendly bout of arm-wrestling. 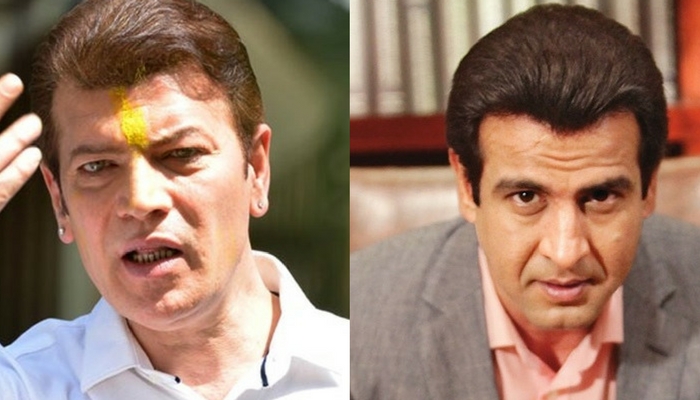 Aditya Pancholi and Ronit Roy almost came to blows at a Mumbai bar in 2010.

Also read: Kapil Sharma opens up on his fight with Sunil Grover; says “its our family matter”