A first of its kind fully painted animated film, Loving Vincent is a masterpiece of its own. The 88-minute long film was animated with some 65,000 frames painted by hand. It’s a movie that has been created by drawing inspiration from the Van Gogh’s own style so it gives the effect of looking at the artist’s life through his own eyes or, canvas if you will. Dorota Kobiela and Hugh Welchman, who have written and directed the film, have also included interviews of real-life characters in the film.

Loving Vincent will outline the life and works of the painter and his puzzling death. The film has been created by the animation studio BreakThru Films based in Gdansk, Poland. BreakThru has even won an Academy Award in 2008 for its rendition of Peter and the Wolf. 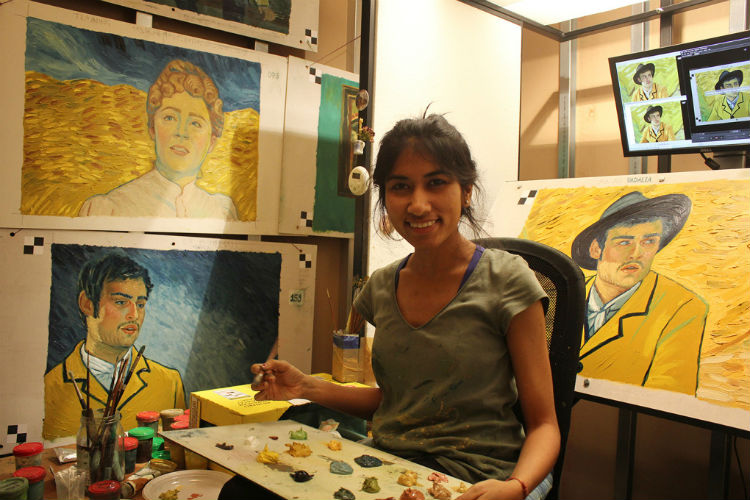 The animation for Loving Vincent was completed over two years by a team of 115 painters across the world, two of whom were from India- Hemali Vadalia and Shuchi Muley. Vadalia and Muley were selected from over 5,000 applicants from across the world based on their ability to reproduce Van Gogh’s style.

While Vadalia is from Mumbai, Muley is based in Bhopal. Both the artists were software engineers by profession until they made the call to explore their talents with the brush.

Vadalia had taken up Animation Design for her post graduation. She then traveled to Florence, Italy to study classical realism at Ateliers. She further went to Grand Central Atelier in New York to finish a semester of the classical arts. Muley, on the other hand, started working on her interests in art simultaneously as she continued in her profession as a software engineer. 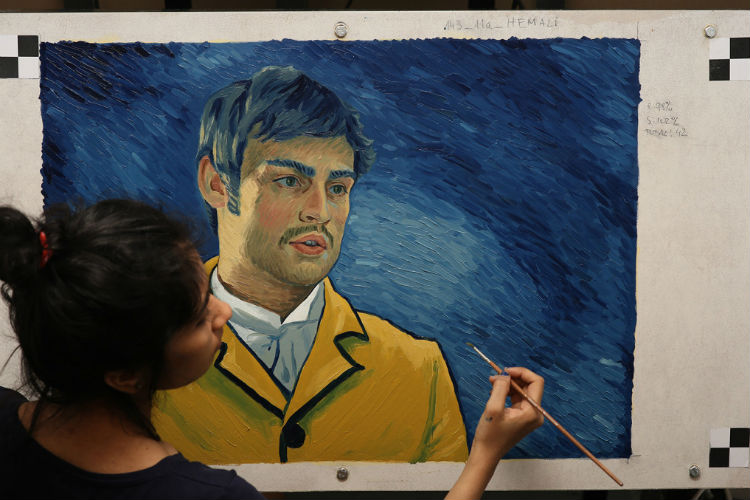 Both the artists moved to Gdansk to work with BreakThru Films where, for three weeks, they extensively studied Van Gogh’s style to near perfection for the film. They would then spend the next few months contributing to the movie. 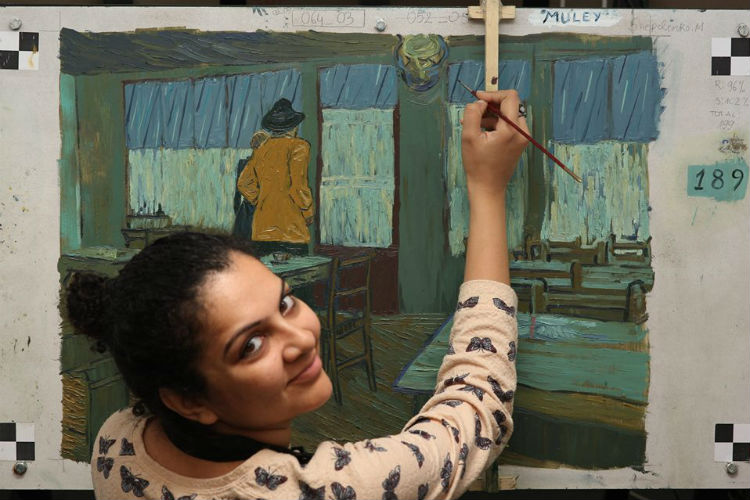 As part of the procedure, each frame of the film would first be projected at the artists’ workstation. They were then required to paint over it using Van Gogh’s vivid, thick brush strokes. Each painting, which would compose of one frame would then be photographed. Complete with nearly 62,450 frames, the film was ready to be born. 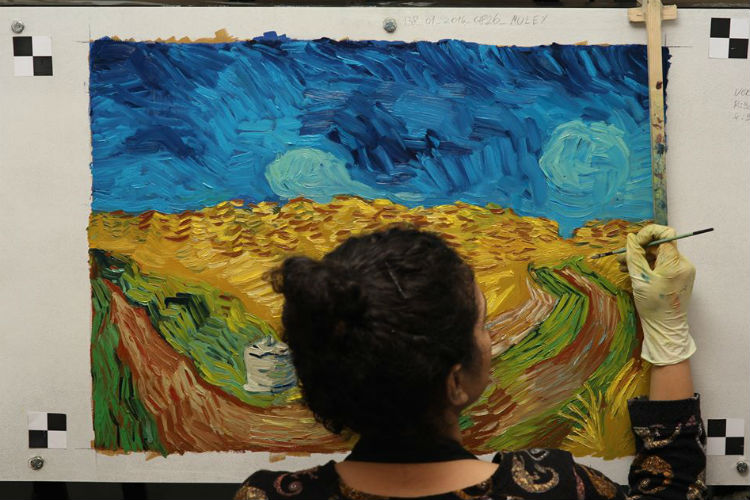 Shuchi Muley painting the Wheatfield with crows scene- the scene where Vincent Van Gogh shoots himself.

Here are a few behind the scene photos from the film: