Salman Khan’s upcoming movie Tubelight has become the talking topic since the first looks of the movie were released. The posters give quite the sneak peek into the character of Salman Khan. Now, a little information about the movie has surfaced that was hidden till now. Apparently, Salman Khan’s mother Salma Khan has a special connection to this Kabir Khan directorial.

Now, it is not hidden from anyone how much Salman adores his mother. In an interview to TOI, Salman Khan had once said, “It’s a different kind of love for both my parents. I get my energy and strength from my father. My mother, because she dotes on all of us and the amount she cares, protects and is all the time tensed for us. That makes us feel a lot more for her health. She is so lovely and that is not only with us but also our friends, the wives and with whoever there was in my life. With everyone, she is just the same. She is a simple Maharashtrian lady. She is funny, noble and very correct.”

The poster of Tubelight is another gesture that proves Salman’s love for his mother. Check out the poster here: 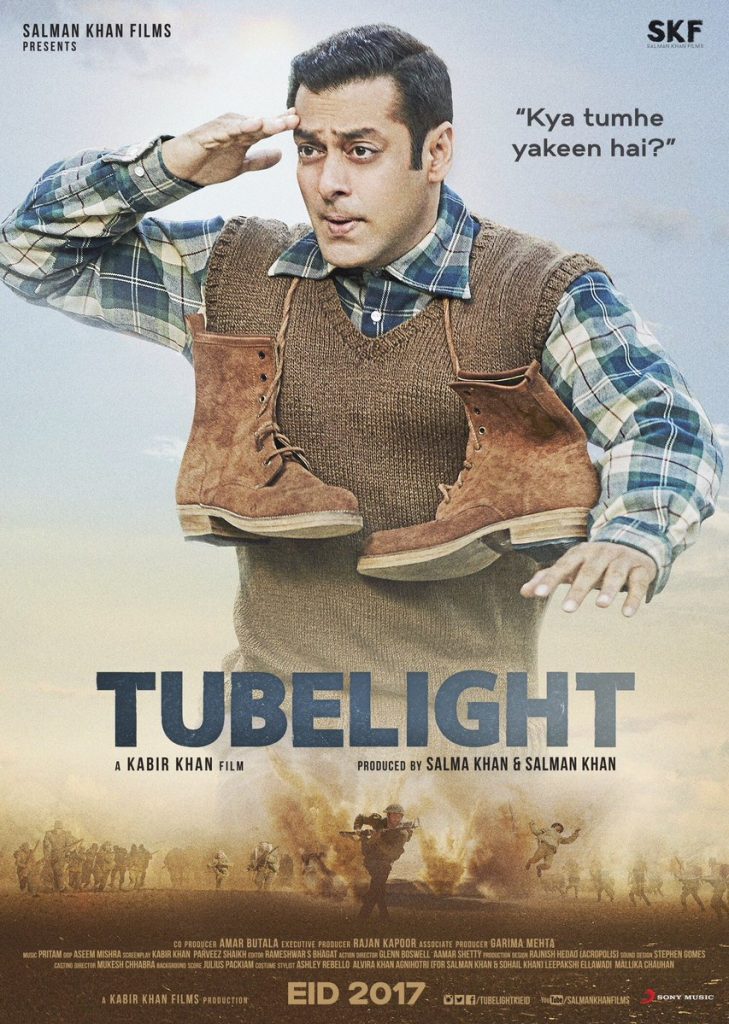