Bollywood Salman Khan is in trouble again for the Chinkara poaching case as the Rajasthan government has decided to move to the Supreme court. The state government has challenged  High Court’s decision to give a clean chit to Salman Khan.  Earlier, the Rajasthan High Court acquitted Bollywood actor Salman Khan in two 18-year-old chinkara poaching cases. Salman had appealed before the Jodhpur bench of the high court challenging a lower court verdict in 2006 handing him a one and five-year term in the two separate cases of poaching. Salman and the state government had appealed before the high court challenging the lower court’s verdicts on various grounds.

Justice Nirmaljit Kaur while allowing Salman’s appeal, acquitted him of all charges and also dismissed the state government appeal for enhancing the sentences. The hearing was completed in the last week of May and the order reserved. “He has been acquitted in both the cases by the high court,” Salman’s counsel Hastimal Saraswat told IANS. Khan was accused of killing chinkaras in two separate incidents. One animal was said to have been killed at Bhawad on the outskirts of Jodhpur on September 26, 1998 and the other at Ghoda Farms on September 28, 1998. 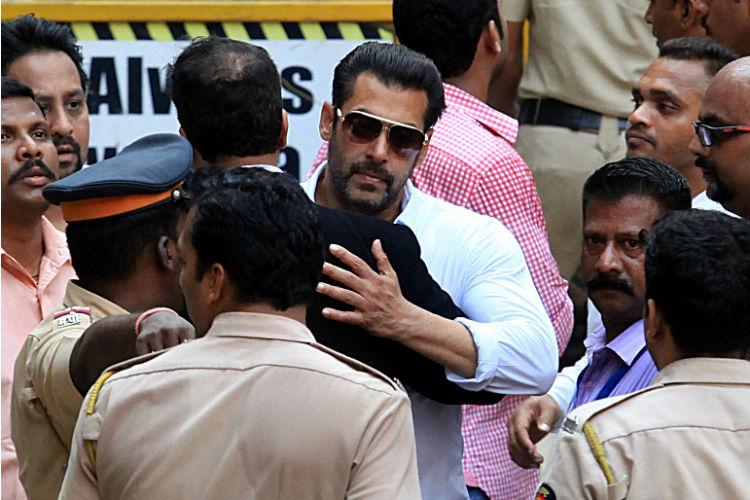 Salman Khan was shooting for the film “Hum Saath Saath Hain” at the time. He was earlier lodged in the Jodhpur jail over the cases. Salman’s sister Alvira was present in a jam-packed court-room when the judgment was pronounced. “We will study the judgement in detail first and then decide on future course of action,” Rajasthan’s Additional Advocate General, K.L. Thakur, told IANS. Sources in the state government said the Supreme Court might now be approached. Salman Khan is currently shooting for Kabir Khan’s ‘Tubelight‘. This is the third time actor is working with the ace director. The duo had worked together in ‘Ekk Tha Tiger‘ and ‘Bajrangi Bhaijaan‘ in the past.