Recently, PadMan actress Radhika Apte spoke about the importance of fathers talking to their daughters about menstruation. Talking about the responsibility both parents should take in educating their daughter about periods, Radhika said, “Men and women are sometimes equally responsible for this. Daughters are told about periods by their mothers. But that’s because a father is very uncomfortable talking about it. Why don’t fathers talk about it?”

Way back in 2015, director Surya Balakrishnan made a five minute short film, Arre Baba, which dealt with the same topic. A short yet evocative film, Arre Baba shows how a single father and his daughter talk about menstruation. Starring Girish Kulkarni of the Dangal-fame as Baba and Gauri Deshpande as his daughter, Arre Baba is a nuanced portrayal of a rather difficult and awkward conversation between a father and a daughter about periods. 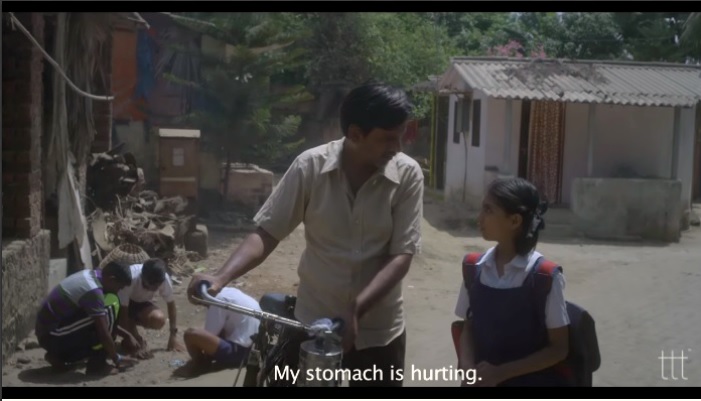 A conversation that generally takes place between a mother and a daughter in a ‘usual’ household because fathers feel awkward talking about it, has been dealt with beautifully here. The movie portrays that sense of uneasiness and awkwardness surrounding such a conversation ease off.

While walking back home, Devika (Gauri Deshpande) tells her father that her stomach is hurting. After her Baba thinks it’s an excuse to skip school next day, she briefly gives up and says ‘Never mind, you won’t understand.’ 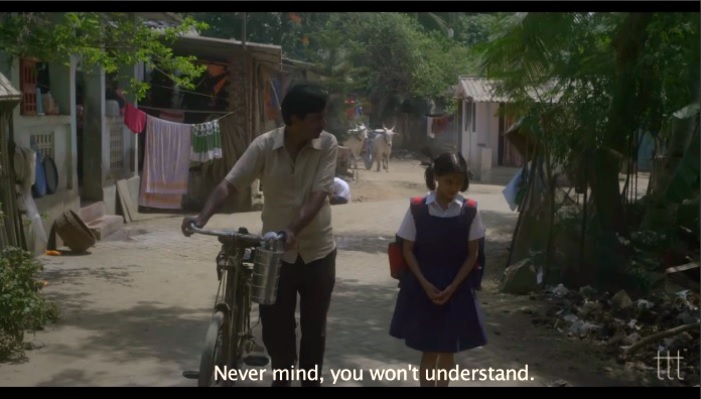 As her father goes on to make plans for an off day, Devika whispers in his ears what the problem is. What follows will definitely make you smile. The gentleness in the father’s tone is endearing when he asks Devika whether it’s hurting her a lot, and if she wants him to carry her bag instead.

These are the type of conversations every household needs to have.

While PadMan and the social media challenge yet again started a conversation about menstruation, a lot has still to be achieved on the subject, which is still considered to be a taboo. Although not many movies have been made around the topic, but before PadMan, Abhishek Saxena’s Phullu (2017) also dealt with the topic of menstruation.

Also read: PadMan challenge’s given us everything from celebrity photos, to talk of organic pads