Every year, a nip in the air in Kolkata ushers in the much-awaited Kolkata International Film Festival (KIFF). But one of the most-awaited cultural events in the city seems to have been painted with streaks of blue and white (the ruling Trinamool Congress government’s colours for public places). A news clip, doing the rounds on social media, has been lauding filmmaker Anik Dutta for standing up to this unholy meddling of politics in culture.

The political propaganda has stuck out like a sore thumb in creative circles as a recent panel discussion, which was part of KIFF, made it amply clear. When it was filmmaker Anik Dutta’s turn to speak, he said, “In reality, cinema doesn’t belong to the director or the producer. It belongs to the person whose pictures are splashed all across the Nandan and around the city.” His remarks were met with thunderous applause. 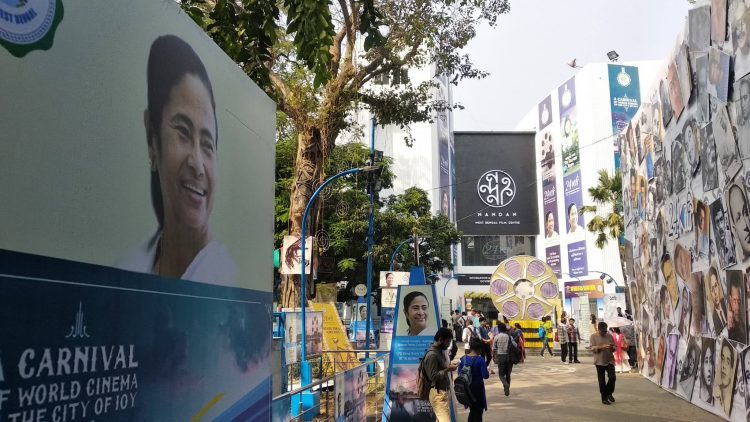 He further added that he was aware of how his comments would be perceived and that they might annoy a few people, but he asserted how he needed to say his piece. Datta made no attempts to conceal his annoyance as he said, “No festival in the whole world has ever had a picture of a politician on the hoardings. This is only possible in the Kolkata film festival.”

Mamata Banerjee has been repeated attempts to align politics with cultural events. Every year, Durga Puja pandals have been inaugurated by her as she bestows funds and awards on the best ones. The chief minister has always taken onus for making KIFF successful. 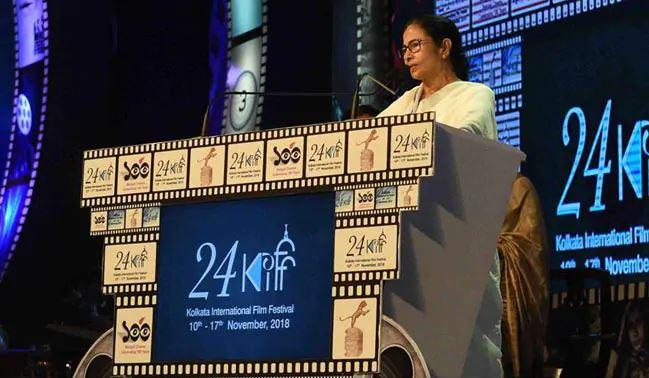 At the inauguration of the 24th Kolkata International Film Festival, Banerjee said, “The status of the KIFF was on a downslide before we (TMC) came to power (in 2011). And we restored the lost glory. We will support organising every festival with equal enthusiasm. Durga Puja, Kali Puja and Diwali had just been celebrated across Bengal with enthusiasm. Chhath Puja, Jagadhatri Puja and Christmas are coming, and will be celebrated with equal enthusiasm by the people of the state,” NDTV reported.