Did Bollywood invent the phrase ‘dancing around the trees’? I find myself wondering some times. As someone who grew up watching Shah Rukh Khan in Yeh Kaali Kaali Aankhein and Govinda leading a dozen colour-coordinated kids in Meri Marzi, I thought films were an alternate universe where you danced when you felt like and people on the streets spontaneously joined you.

Until  Aamir Khan carelessly flung his sweater, leaped on a milestone and then jumped off it. Only after Jo Jeeta Wahi Sikander (1992) and Farah Khan did  I appreciate the work that goes into making an actor look good in a song.

ALSO READ: We dare you to decipher the lyrics of these 1990s songs

Which basically means Govinda AND his pelvic were dancing to someone’s tune and Anil Kapoor’s thrusts were not ruled by his libido. My world changed and I am sure yours will too once you get to know about the men (and women) who shaped my childhood.

1. Chinni Prakash-Rekha Chinni Prakash
An institution by himself, this man has been working since 1962. Having been working for close to six decades, he was responsible for some of the most famous steps of 90s Bollywood. He made Sunny Deol do this now very famous step in Raj Kanwar’s Jeet.

And also this beautiful step from the song Mera Dil Le Gayi Oye in Guddu Dhanoa’s Ziddi. This was when his wife Rekha, a choreographer herself, teamed up with him.

The duo are one of Bollywood’s most prolific choreographers with a combined body of work spanning twice my lifetime. They won the National Award for their work in Azeem-O-Shaan Shahenshah in Ashutosh Gowariker’s Jodha Akbar.

2. Saroj Khan
One of the most recognisable faces among choreographers of the 90s Bollywood, she made  Madhuri Dixit an overnight sex symbol with this number.

And then again in Choli Ke Peechhe Kya Hai. She even devised the moves which made Saif Ali Khan an overnight star with Ole Ole in Dil Tera Aashiq.

Oh, let’s not forget Saroj Khan’s contribution to Raveena Tandon’s career in Mohra. She won three National Awards for her work including for Bhansali’s Devdas, where she made Madhuri Dixit and Aishwarya Rai dance in sync for Dola Re Dola.

3. Farah Khan
The most celebrated choreographer of our times, Farah Khan came into this profession by accident. When Saroj Khan didn’t show up to choreograph Pehla Nasha in Mansoor Khan’s Jo Jeeta Wohi Sikandar, he instructed his assistant Farah to take over. The reason being? She had a dance troupe of her own. And that triggered a decade-long career with the biggest superstars, before she moved to direction full time in 2004.

Farah is responsible for this iconic song of the 90s

And even this one, which kind of caught on with the audience.

4. Longinus Fernandes
Starting in the late 90s with films like Oh Darling! Yeh Hai India and Border, Longinus choreographed one of the most famous songs of the late 90s – Musu Musu.

But his most famous work would only come in the mid 2000s, when he would get the privilege to choreograph for Sunny Deol in Arindam Chaudhari’s Rok Sako Toh Rok Lo. 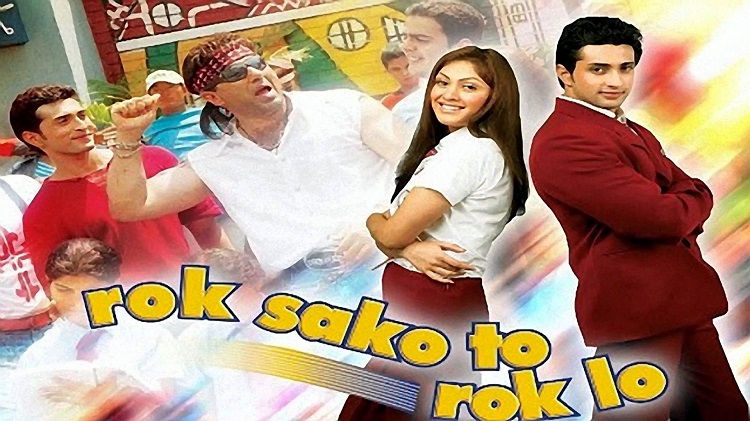 The most stunning part of Longinus’ career is probably being thanked on the Oscars stage by none other Danny Boyle for choreographing the steps to Jai Ho in his film Slumdog Millionaire.

His troupe is famous for producing the next Bollywood star in the form of Shahid Kapoor, Sushant Singh Rajput, Darsheel Safary and Ruslan Mumtaz.

6. B.H. Tharun Kumar
The cousin of Chinni Prakash, he’s famous for choreographing the moves in a film that has forever haunted former CBFC chief Pahlaj Nihalani. He got the steps for a song called Khadaa Hai, pretty bang on. No pun intended.

He collaborated on many Govinda movies like Hero No. 1, Haseena Maan Jaayegi and Bade Miyan Chhote Miyan, but his defining work would come with his original muse – Anil Kapoor. In this ‘peppy song’ from Judaai.

Another prolific choreographer of Bollywood, Raju Khan has enjoyed a full-fledged career longer than I have been alive. Even though he’s worked in recent films like Golmaal Again and Mohenjo Daro…

…it’s his steps from the 90s one remembers with more fondness. Whether it is Shah Rukh Khan lip-syncing to Ghungte Mein Chanda in Rakesh Roshan’s Koyla or when he had the privilege to choreograph steps for the Hindi rip-off of Macarena.

One of the busiest choreographers towards the late 90s, he made a mark with his sheer effortlessness that reflected in the steps. Whether it was making the job of Salman extremely easy in Tan Tana Tan Tan Tara

Or if it was making DJ waale Bobby do this brilliant step which went on to find its cult nearly 2 decades after the song’s release.

Let’s all doff our hats to the thankless job that is Bollywood choreography. Rarely do we express our appreciation at an audible volume, and today that changes.