In BR Ishara’s Kaagaz Ki Nao (1975), Sarika, playing Helen’s daughter commits suicide after not being able to tolerate her mom’s affair with another man. Helen, playing a single mom is constantly demonised in this role, as she sacrifices her ‘motherly’ instincts and becomes a woman possessed with lust, forcing her daughter to take a drastic step. The movie had a less than ideal portrayal of a single mom, but this trope has been molded over the years, based on the whims and fancies of both the makers and the audience.

But beyond Helen’s  demolition as a woman with loose morals who wanted to exercise her agency and live her life instead of becoming the ever dutiful mother, let’s fall back on Mother India (1957), probably featuring the greatest single mom of that era and whose very presence captivated a country, who idolized her. Played by Nargis, who raises her sons, she was not merely a character. She represented the conscience of the newly freed country, facing each and every difficulties possible and yet she emerges victorious, becoming the template of a suffering yet resilient woman, who never gave up her ideals. 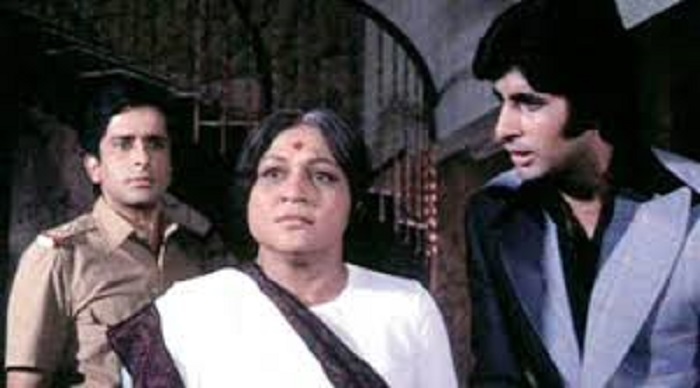 But Bollywood’s greatest tryst with ‘cineMA’ has to be Nirupa Roy, the crowd favourite. But it is interesting to note that she was never portrayed as a single mom. She was the often abandoned, laachaar aurat, whose identity as a single mom was kept under wraps from the audience. The idea was to staunchly show her as a woman who made sacrifice her modus operandi.. Be it Deewar, Suhaag or Amar Akbar Anthony or countless other movies, Nirupa Roy changed the way mothers were seen in movies. 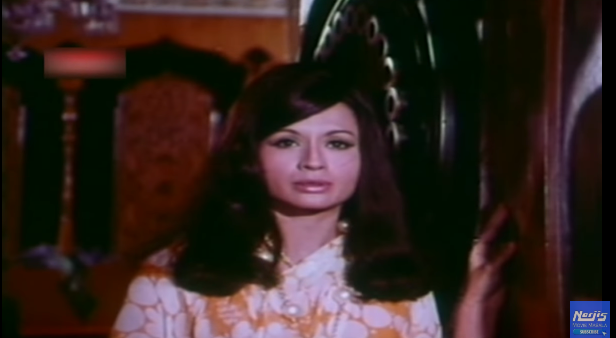 But no way did Bollywood played on the idea of single mom. It is only later movies that actually became fascinated with the idea and broke down the cultural barricade.  The single mom was of course an anomaly, and bane of the society, not following the norms at all. Helen from Kaagaz Ki Nao (1975). Though she was portrayed as a monster, all she wanted was a way out from the societal bonds. Something that we see in Waheeda Rahman in Trishul (1978) who is the driving force behind Amitabh Bachchan’s ascension, after getting dumped by Sanjeev Kumar and has to raise Bachchan alone.

In some sense, Neetu Singh from Jab Tak Hain Jaan (2012) too leaves a marriage and a daughter to be with the man she loves. She tries to appropriate the motherly role we are used to see and break away from it. For breaking the taboo has not always been the norm, but these movies at least try.  But there had to be a time, when this overtly motherly attitude had to end. This run of the mill, over-suffering, tear-jerking portrayal was coming to an end. Not that it has ended completely, but beyond the idea of single moms, came women who never gave a damn about the condition they were in.

But then again, in recent times, single mom movies have also tried to show the insecurity often faced by the children. Like in Listen Amaya (2013), Swara Bhaskar is skeptical of her mom Deepti Naval’s proximity with Farooq Shaikh. She might not show it overtly, but in her mind, probably she worries about the society. Behind the garb of liberal values, the claws of hypocrisy still tries to scratch the surface. And in a change of role, Swara Bhaskar herself plays a single mom in the surprise box-office hit Nil Battey Sannata (2016) where she is trying to make her daughter educated. 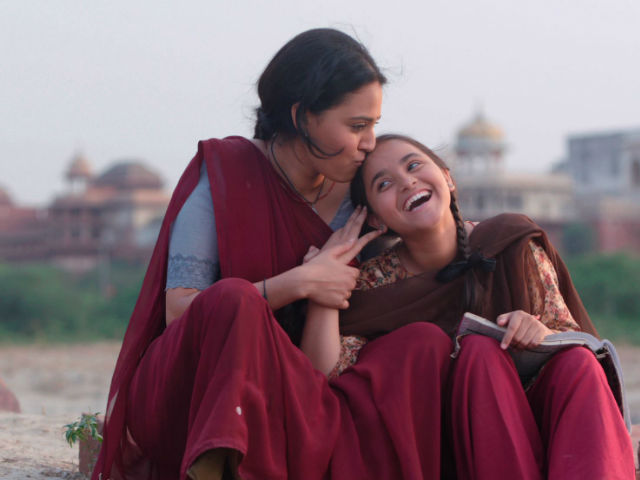 In another contrasting effect, let’s go back to the ending of Arth (1982) where Shabana Azmi decides to go free of all the men in her and take care of her maid’s daughter, thus becoming a single mom. In another relatable movie, Shabana Azmi becomes an escort to support her son after her husband abandons her in Bhaavna (1984). These are choices that no women take under free will, but she is forced to take it and then becomes judged for it. Probably, these again breaks away from the regular portrayal of the single mom. But these movies are proof that Hindi movies were breaking away from traditional roles they offered to the mother. 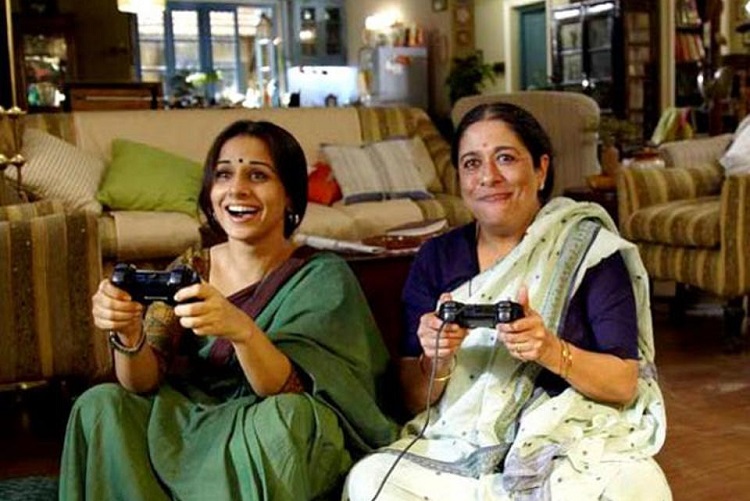 Interestingly, actress Mumtaz for her comeback vehicle Aandhiyan (1990) chose to portray a single mom with reigning Bengali superstar Prosenjit playing her son,  who was also making his Bollywood debut. In different phases of their career, superstars like Aishwarya Rai, Madhuri Dixit and Vidya Balan have all played single moms. Aishwarya in the rather forgettable Kuch Na Kaho (2003), Madhuri Dixit in Aaja Nachle (2007) and Vidya Balan in Paa (2009) all made sure that Bollywood was ready to embrace the idea of single moms without demonising or bringing down their characters.

And to end this, it is Ratna Pathak Shah’s role as the single role in Jaane Tu Ya Jaane Na (2008) that’s one of the finest  examples of a single mom done right in Bollywood. Her no-nonsense attitude, her comic timing, her serious and over-protectiveness about Imran makes her adorable yet a bit irritating. She probably deserves a movie of her own.