Ravi Jadhav’s Nude has seen more than its share of controversy in the past few months. Being taken off the IFFI Panorama section by the I&B Ministry in November last year, the filmmaker’s risqué subject was not well recieved. The team shortly dropped a teaser, which cleared any suspicion against the film.

ALSO READ: ‘My stepping down is my statement’: Sujoy Ghosh resigns as IFFI jury head after Nude, Sexy Durga dropped

Now, the trailer only seems to be making a stronger case for the filmmaker’s vision for telling us a story, we’ve never heard before.

Nude follows the journey of a woman from rural Maharashtra to the slums of Mumbai, where she finds work as a nude model for students at the JJ School of Art. The film tries to examine the recent surge of Hindu morality, the agency of women, and the disrobing of the body and the soul – through its two principal characters. 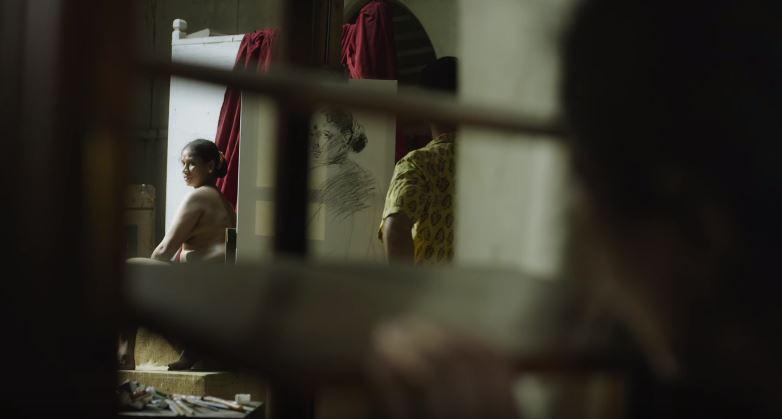 Starring Kalyanee Mulay, Chhaya Kadam and Naseeruddin Shah (in a special appearance) the film’s visuals have a dream-like quality. Director Ravi Jadhav is an alumnus of the famous Art school from South Mumbai. After his abominable Bollywood debut in 2016’s Riteish Deshmukh-starrer Banjo, this looks like a return to form for the director whose credits previously include Natrang, Balak Palak and the National Award-winning Balgandharva.

The screenplay is credited to Sachin Kundalkar, who directed Aiyaa before this.

After a tumultous fight with the CBFC, the film was finally cleared with an ‘A’ certificate and no cuts. Nude is releasing on April 20, watch the whole trailer here: