Mukesh Rishi, who played Bulla in Kanti Shah’s cult phenomenon – Gunda, was simultaneously shooting with Aamir Khan for John Mathew Mathan’s Sarfarosh. Which means, while on one hand he was stretching the last syllables of his words to make his character more menacing (or ridiculous), on the other he effortlessly pulled off the role of an upright, honest cop who was angry about the subtle discrimination he had to face on an everyday basis. Mind blown, yet?

It wouldn’t be far-fetched to imagine him nailing an explosive scene with Aamir Khan around his identity as a ‘Muslim cop’ and then walking on to Kanti Shah’s set and delivering the creepiest line used by a brother to mourn the death of his sister, Munni. 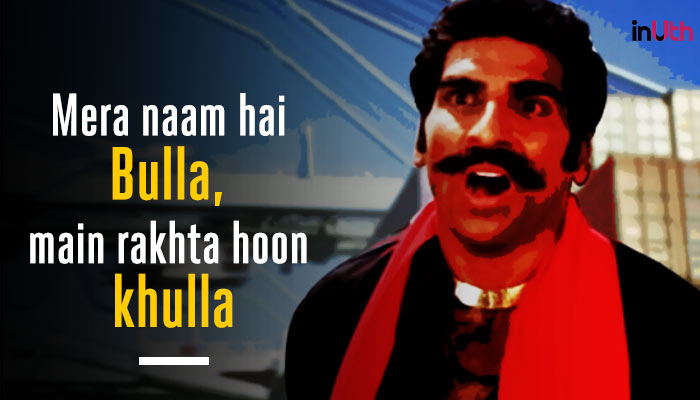 Had someone told Kanti Shah at the time of Gunda‘s release, that the film would sit near the top of IMDB’s Top 250, above films like Gandhi & Kill Bill and win him his life’s only award – then he would enthusiastically check your pockets for ‘stuff’. And yet, after two decades, the legend of Gunda not only endures, it keeps growing.

In a piece for Mid Day, noted film-critic and self-proclaimed Gunda enthusiast, Mayank Shekhar traced the film’s birth as a direct consequence of actor Mithun Chakroborty’s moving from Mumbai to Ooty. Well past his days as the lead of A-list films, Mithunda signed films that would barely take a few weeks to shoot, and would release in B-centres like rural Bengal, the Bengal-Bihar border. The same story (of Mithun’s character usually called Shankar, avenging his sister’s rape) was recycled again and again, and theatres would fill up. Back in 1998, Gunda was a smart business decision – even though it didn’t match up to the success of say, Loha. Then how did it go on to become one of the most famous films from its time?

Shekhar wrote about it more than a decade ago, where he borrowed a term from Malcolm Gladwell to describe the phenomenon as a ‘tipping point’- when something hopelessly relegated among us, suddenly becomes a thing of cultural cool. Not surprisingly, the film began to circulate on the campus of IIT Kharagpur (Bengal again) on the college’s local area network around the mid-2000s. Gunda‘s obscene dialogue and colourful characters became pop-culture references on campus, which slowly permeated their way to other colleges across India. This was also the Orkut era, and suddenly ‘Gunda communities’ began to appear. 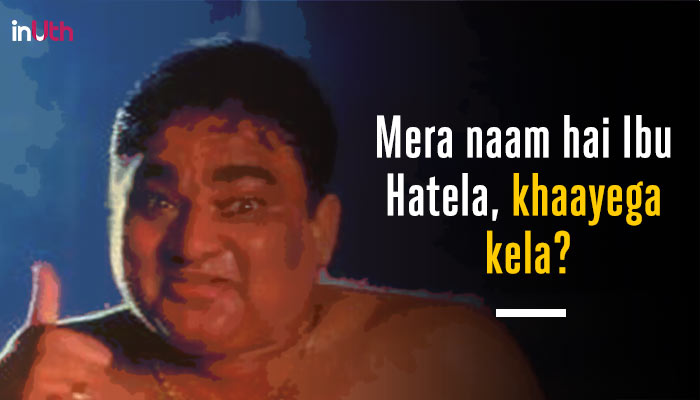 Film fanatic and author of In A Cult Of Their Own, Amborish Roychoudhury recounts, “At one point, there was a co-ordinated attempt to make Gunda the highest-rated film in the world. It made it all the way to the top 3 among The Godfather and Shawshank (Redemption) I think, and that’s how the legend began. I remember during my early days at a Digital agency, watching Gunda was a monthly ritual with beer passed around in cubicles and all that. And while the film found its own audience at the time of release, this resurgence was primarily an urban, online phenomenon. People had just about begun to admire the cringe-style of many mainstream films from the 1980s. And that’s why Gunda (even though it released in 1998) was completely ripe for these discussions.”

Featuring the who’s who of Bollywood’s supporting actors/villains – Mukesh Rishi, Rami Reddy, Shakti Kapoor, Ishrat Ali & Mohan Joshi, it could very well be dubbed the Kabhi Khushi Kabhi Gham of the B-movies. The rhyming dialogue (by Bashir Babar) seem to have caught on, especially after Pretentious Movie Reviews (by Kanan Gill & Biswa Kalyan Rath) compiled the very best of them and went viral. “I think Kanti Shah set out to make a film on the underworld in his own pulpy B-movie style, and I suppose it worked for the target audience. He quickly became the torchbearer of these sexploitation movies, where he raked in lakhs of rupees for each of them,” says Aseem Chandaver, co-founder of Tadpatri Talkies and Connoisseur-in-chief of the B-movies.

“You have to understand that creativity lies in the deepest pits of so-called ‘bad art’. Kanti tried to make this funny/unintentionally funny/so-bad-so-good funny film with a bunch of nameless-yet-familiar faces and he was successful. So Gunda definitely amounts to ‘pure art’ like that. And I also think that the film was a sweet revenge for the B-movies on the mainstream films, that managed to get these ‘character actors’ who were doing all kinds of roles, and gave them the centre-stage to shine,” says Chandaver also calling Gunda a perfect ‘induction film’ for anyone setting out to discover the B-movies.

Roychoudhury also cited a ‘viral blog‘ as the reason behind the film’s popularity around the mid-2000s. Written by Arnab Ray, under the pen-name Great Bong, the blog post was a fictional interview with director Kanti Shah. Also mocking Shah’s other films (especially Loha) and the state of film criticism of that time, Ray managed to write something so outrageous/funny that Roychoudhury described it as almost as ‘legendary’ as the film he was writing about. In an email interview, Ray calls Gunda ‘the Messi of messy movies’. He says, “it (Gunda) is art by virtue of its own grotesqueness. By challenging the very nature of aesthetics, it defines its own aesthetics.” 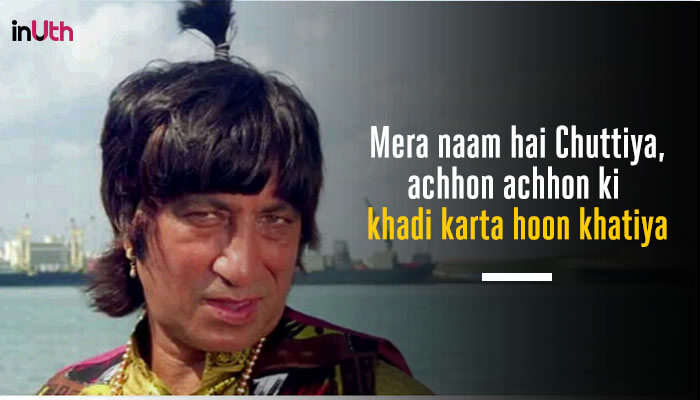 As the film completes two decades since its release, there are fascinating stories that go around the film’s making (primarily on an air-strip and on the docks). The jump-cuts, the severe continuity issues with the moustache of the actor playing Mithun’s father, the scene with the khatiyas suspended mid-air, Bashir Babar’s straight-outta-gutter dialogues (especially the ones he wrote for Lambu Aata) – it all adds to the charm of this ironic classic.

Will there be another Gunda any time soon? “You can’t set out to make a classic. The zeitgeist has to come together for that,” says Roychoudhury also going on to add, “we can laugh it off as much as we want – but one has to inhabit a dark place to execute a film like this. That’s why, there is only one Kanti Shah. If we’re talking about an auteur’s signature style, then as much as it would pain us to say it – Kanti Shah fits the definition perfectly.”

We both inhale deeply after realising the ramifications of that statement, and set out to find God.