Telugu film Khaidi No 150 has completed its opening week in a grand style. The film, which marked the comeback of Telugu actor Chiranjeevi after a 9-year line gap has done phenomenal business at the Box Office. Directed by VV Vinayak and produced by Chiranjeevi’s son and actor-producer Ram Charan, the film is a remake of Ilayathalapathy Vijay’s Tamil blockbuster Kaththi.

Khaidi No 150, which opened to a fantastic response by minting Rs 50 crore on its opening day was rock steady throughout the opening week. And now, the Chiranjeevi starrer has zoomed past in the coveted Rs 100 crore club in 6-theatrical days to become the all-time second fastest Telugu film to do so after SS Rajamouli’s Baahubali: The Beginning. The comeback film of Chiru has worked wonders as Khaidi No 150 emerges the superstar’s career’s first Rs 100 crore grosser. At some places, the film has even shattered the record set by Baahubali on its opening week.

Khaidi No 150 is doing phenomenal business overseas as well. At US Box Office, the action-entertainer has already entered into the all-time top 5 grosser list. The film has already minted $ 2.3 million at US Box Office and is set to be the second Rs 3 million grosser after Baahubali.

The film, at Rs 109 crore has already broken the lifetime collections of Mahesh Babu’s Dookudu and Pawan Kalyan’s Gabbar Singh and is all set to cross the collections of SS Rajamouli’s Eega and Allu Arjun’s Sarrainodu soon. 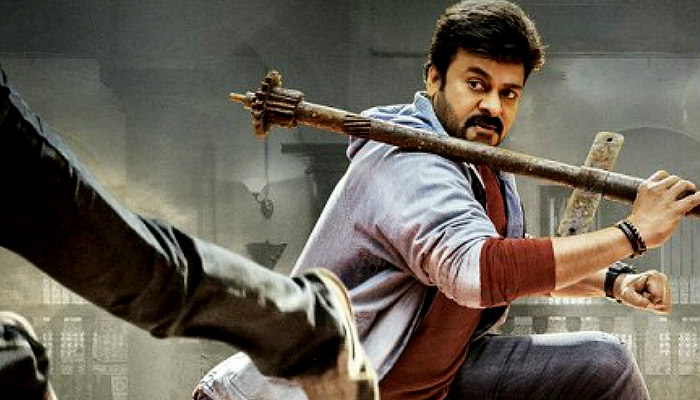