Sheldon Cooper’s childhood must have been an utter wreck for him to turn out the way that he did, don’t you think? Well, now you wouldn’t need to wonder anymore ’cause a new series titled Young Sheldon, a prequel to The Big Bang Theory, has unveiled the first look of a younger Sheldon. And, as surprising as it may sound, all of Sheldon’s classic antics that really seem to annoy us, are suddenly so adorable.

Featuring Ian Armitage as a 9-year-old Sheldon Cooper, Young Sheldon, is set in 1989 when our super intelligent theoretical physicist was still living with his family in Texas. While we have already met Shelly’s mom Mary and twin sister Missy, the trailer also gave us a first look at his elder, and much more intellectually incompetent brother and his father, of whom we have only ever heard negative things about. 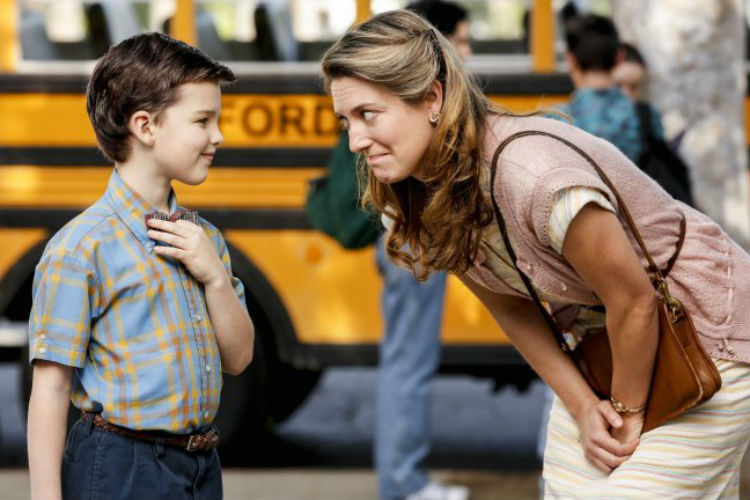 CBS has released the first look of young Sheldon Cooper from the prequel series to The Big Bang Theory (Courtesy: CBS)

Aside from the perfect casting of Armitage as Shelly, Mary Cooper, who was played by Laurie Metcalf in The Big Bang Theory, will be played by the actress’ daughter Zoe Perry in the prequel series.

From his obsession with cleanliness and his compulsive need to follow regulations (and  forcing others to do the same), it seems Sheldon hasn’t changed one bit. At age 9, the brooding scientist is already making his way through high-school where he just doesn’t fit. But, really though… Did he ever really fit anywhere at all? From hating his classmates to getting in trouble with his teachers for being too smart, Sheldon Cooper’s high school years seem like the absolute worst!