Kapil Sharma is a successful stand-up comedian, thanks to his popular The Kapil Sharma Show. Since winning the Great Indian Laughter Challenge in 2007, he has donned several hats in his career so far. He also dabbled in films with Kis Kisko Pyaar Karun, which won him a lot of accolades. Soon, he will be acting in his home production venture Firangi.

If you thought Kis Kisko Pyaar Karun was Sharma’s debut Bollywood flick, you are mistaken. Before the romantic comedy, he featured in comedian Sunil Pal’s film Bhavnao Ko Samjho. The film had a  galaxy of comedians including Sunil Pal, Raju Srivastav, Ahsaan Qureshi, Kapil Sharma and Chandan Prabhakar.

Sharma had a short screen time in the film which had stalwarts of those times. Chandan Prabhakar, who plays his servant on The Kapil Sharma Show, was also in the film. However, the duo reportedly fell out following the in-flight brawl involving Sharma and Sunil Grover. Since then, Prabhakar who happens to be the comedian’s childhood friend, has not turned up for shooting. 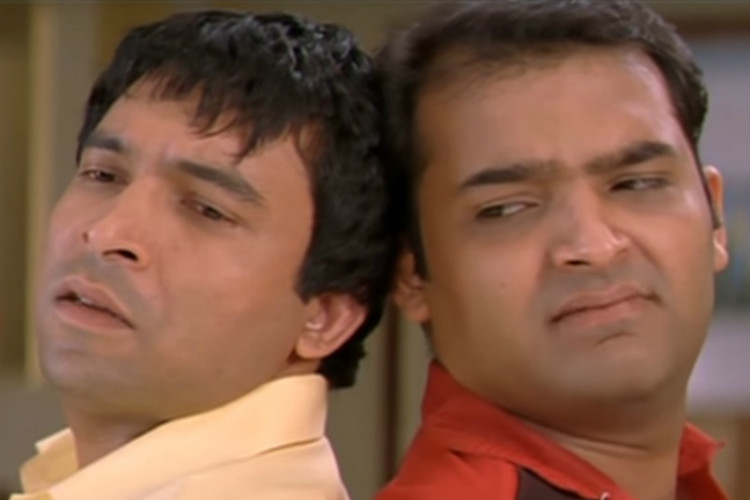 However, the film went unnoticed but he had other plans. In 2013, he set up his K9 Productions and started his show Comedy Nights With Kapil. In 2015, he acted in Abbas-Mustan’s romantic comedy Kis Kisko Pyaar Karun opposite Manjari Fadnis, Sai Lokur, Simran Kaur Mundi and Elli Avram.

Sharma, who turned 36 on Sunday, is having a hard time since TKSS is unable to draw viewers on the TV screens. The plummeting TRPs are mainly due to the absence of Prabhakar, Sunil Grover and Ali Asgar on the show. The trio reportedly boycotted the show following an in-flight brawl between Sharma and Grover while travelling from Melbourne to Mumbai. It is alleged that a drunken Sharma abused and slapped Grover leading to chaos.

Also read: Watch: Will Parineeti Chopra and Ayushmann Khurrana’s episode be able to save The Kapil Sharma Show