After much speculations, Bigg Boss 10 winner Manveer Gurjar has finally broken his silence on the whole wedding controversy. The video of Manveer’s marriage went viral on the internet recently after which, all his fans went into a complete shock after watching it.

It was also being said that Manveer kept the truth about his wedding under wraps to enter the Bigg Boss house. However, we still await an official statement from the makers of the show on the whole controversy.

In fact, his close friend Manu Punjabi and Monalisa had no clue about his marital status. After the video was leaked online, some even claimed that he has a daughter as well.

But finally, Manveer and his family decided to clear the air and spoke about the whole matter in detail. In an interview with HT, his father confirmed that Manveer’s wife and daughter live with them and said:

Yes, Manveer is married. It happened three years ago, though Manveer wasn’t ready for it. But after one-and-half-years, Manveer and his wife started having certain problems. You know like the way it happens between husband and wife. I don’t know what, only Manveer can talk about it. But yes, my daughter-in-law and their one-and-a-half-year-old daughter live with us. In fact, he spoke about his marital status on Bigg Boss. 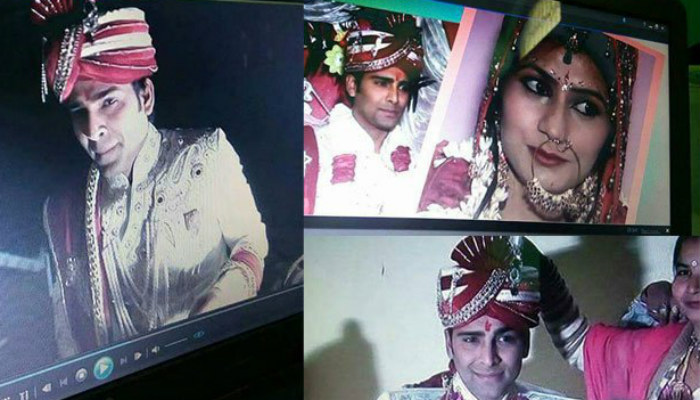 Not only his father but Manveer himself took to Instagram and posted a video of him explaining his marital status and revealed some other shocking details. Have a look:

Manveer is presently in the hospital as he is suffering from food poisoning and high fever and we really hope that he gets well soon.

But, why didn’t he tell his best friend Manu about it?