Gauahar Khan and Kushal Tandon’s romantic affair was a talking point soon after they left the Bigg Boss show. They never shied away from expressing their love for each other at public events. However, things did not work out the way it was meant to be and both decided to part ways. Though the ex-lovers have never talked openly about what went wrong in their relationship, it seems kuch toh baaki hai between the two.

Recently, the bold and beautiful Gauahar Khan did a smoking hot photoshoot for a leading magazine. The cover shot is currently going viral on social media. We can’t blame the fans for going gaga over the picture. And it seems, even Gauahar’s ex-boyfriend Kushal Tandon couldn’t help but notice it. 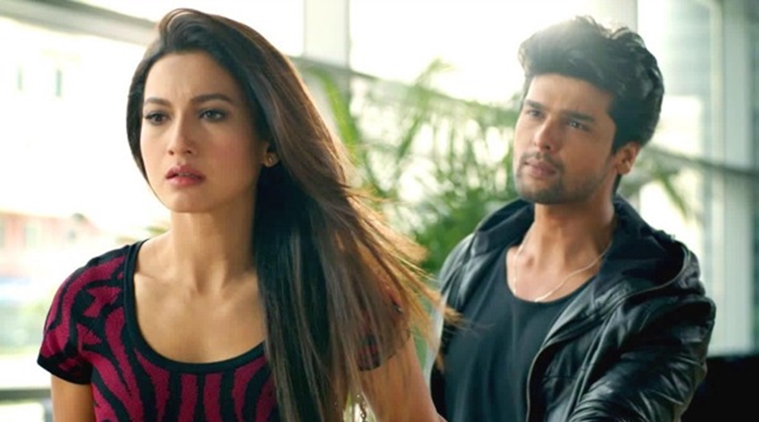 As soon as he took notice of the picture, Kushal went all nostalgic and wrote an adorable post for his ex-girlfriend. The heart touching note caught our attention. It read, “@haiderkhanhaider saw this picture … click by my brother Haider khan ….. could not risisset my self to share this picture of this stunner …. @gauaharkhan lady with grace, panache, ooomp and style with a golden heart ……”

Now that says, a lot especially all the tareef that has been showered by Kushal on Gauahar. (Wink! Wink!)

@haiderkhanhaider saw this picture … click by my brother Haider khan ….. could not risisset my self to share this picture of this stunner …. @gauaharkhan lady with grace , panache, ooomp and style with a golden heart ……

This left us wondering whether Kushal and Gauahar are planning to give second thoughts to their strained relationship? While we were wondering about this, we stumbled upon Gauahar’s Instagram post where she ensured to give a reply to her ex-boyfriend.

She said, “I loooooooove this pic !!!  @haiderkhanhaider youve [sic] always captured me amazingly…. Thank you!!!! N thank you @therealkushaltandon for not just posting this pic but for the kind words !!! You shine on !!!!✨#gratitude @stardustmagz”

The two dated for almost one and a half year before deciding to part ways. Kushal Tandon is currently portraying the role of Arjun on the show Beyhadh that also stars Jennifer Winget in a pivotal role. The show is already a hit among the masses.