If you spend hours on YouTube, the name Abhilash Thapliyal won’t be alien to you. His gig as the muffler man gained him immense popularity and made him a YouTube sensation. Ask him how making political satires felt and Abhilash would say he enjoys it. Not the one to be affected by any kind of competition, Abhilash says his work will ensure his longevity in the industry. Abhilash says he loves playing characters and feels that is how people will remember him. In an exclusive conversation with InUth.com over the phone, Abhilash spoke about his kind of comedy, being the muffler man and how he sees the trend of stand-up comedy.

First of all, tell me when did you decide to foray into comedy?

I don’t know when I decided it. Comedy happened just like that. As a kid, family members used to make me stand in front of relatives and asked to imitate people. That is when I realised I could make people laugh. Also, I think comedy works on formula which took me quite some time to decipher. Slowly, I derived the formula for observational comedy. I did muffler man and it was accepted well by the viewers.

I know for a fact that comedy is a serious business. It is easier to make people cry than laugh. In your case, you make videos for YouTube and don’t get the live reaction of viewers as it happens in stand-up comedy. Keeping the hits on YouTube aside, how difficult is it to know if people liked it or not?

What I do is political satire and with that, I know people get offended easily. I make videos and they go viral on social media like Whatsapp. That is how I get a sense of what the audience likes. The most important thing is getting reactions- be it positive or negative.

You spoke about people getting offended. Don’t you get scared for yourself, especially since you do political satire?

When I used to work in a company I was scared. I feared how the senior management would react to this. But after I quit, I don’t feel it anymore. I think this is a very personal thing. I think if you love something you should not be scared about the result. I cannot control what people think. I cannot live my life based on the opinion of others.

What is your journey of making a joke?

I don’t create jokes, I do satire. The motive is not to make people laugh but to leave an impact. With political satire, it has to be intelligent. The objective is to put your idea across. 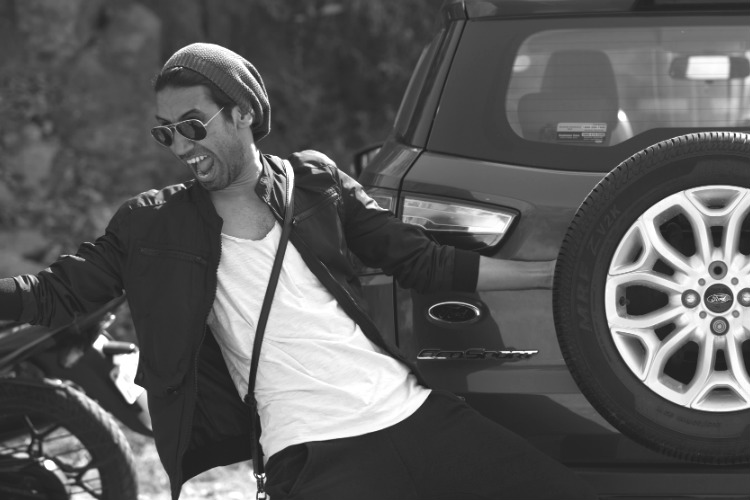 We have seen this trend of stand-up comedy in the recent years. Do you feel there is a competition for you?

No, not at all. The field of political satire is open. Right now the only thing that is working is, is stand up comedy. Talking about it, if you take out the abuses from stand-up comedy almost 90% of the jokes won’t sound funny. I want to do clean comedy. Because I think the society where we come from hasn’t made us this way. Just imagine, how would you feel if your younger sibling abuses in front of elders? The people who take the mic and abuse won’t get the kind of acceptance in their families itself. So ya, the abuses would get you views but no longevity. I would say I am more of a Sunil Grover kind of personality.

So, the web is still way from the shackles of censorship. But if it happens, do you think it would create problems for you?

I don’t think so. I don’t think censorship would be a draconian The kids aged 10-11 years see videos of beheading and jokes that have a sexual tone to it. If we want the next generation to be protected from this filth, a little censorship is required.