The controversy that broke after Kapil Sharma allegedly hit Sunil Grover on a flight, refuses to die down. Though there has been a lot written and discussed about it, it is unclear when Sunil and Kapil will get back together or not. And the latest tweet of Sunil Grover doesn’t make it easier too. In his tweet, Sunil wrote about an uncertain future and that he is nervous these days.

Sunil and Kapil’s fight gained new proportions after new details about the fight emerged. At first, Kapil wrote an apology on Facebook and Twitter. Sunil then took to Twitter to reply to Kapil and asked him to stop behaving like God. After this, Kapil said he would meet Sunil at his house and sort things out.

But, Kapil’s statements on the matter did little to resolve the issue, it seems. Soon many people from the comedy fraternity began voicing their opinion. While Ehsaan Qureshi asked Sunil Grover to do away with his tantrums, Raju Srivastav said that Kapil Sharma is finding it difficult to handle stardom.

There has also been a lot of conjecture about Sunil returning to the show. A number of reports in the media have suggested that Sunil might not return to The Kapil Sharma Show after the ugly fallout. 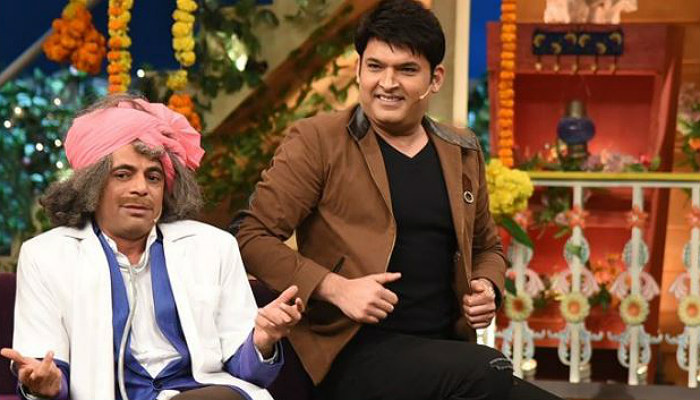 Also read: Sunil Grover on his ugly spat with Kapil Sharma: I am very relaxed, just watching all the tamasha

Here is his tweet that doesn’t give any more detail:

When Sunil was questioned recently about his views on the matter he said:

I am very relaxed, very introspective, deep in thought about my future plans…I am just watching all the tamasha that’s going on. It’s very entertaining.

Well, now that Sunil has said that he is not sure about his future, we know he hasn’t reached any decision. We are sure that fans of The Kapil Sharma Show, would love to see Sunil back on the show but guess time has the answer to this question.