The rift between star comedians Sunil Grover and Kapil Sharma is getting wider by the day. Numerous reports have spoken about how this fight will have adverse affects on The Kapil Sharma Show and the life of Kapil Sharma. Though there isn’t any confirmation about Sunil Grover returning to the show, reports have it that he has got into the skin of character Dr  Mashoor Gulati and Rinku Bhabhi.

According to a report in a leading entertainment portal, Sunil was seen as the two popular character outside a film studio. But, if you thought that Sunil is coming back to The Kapil Sharma Show, you are mistaken. He is said to have been shooting for Indian Idol. Now, we know that Sony airs both The Kapil Sharma Show and Indian Idol, so maybe the head honchos of the channel may have asked Sunil to come on the reality TV show.

Meanwhile, there are reports that Kapil Sharma was busy shooting with Raveena Tandon in Bikaner, until yesterday. So, if you think Kapil and Sunil may have run into each other during the shoot, you are hoping for a lot. The stars, apparently, were not in the same precincts.

The report in the daily said that when they asked Sunil Grover about his plans to returning to the show, the comedian sent them a picture of himself sans the get up of either Dr Mashoor Gulati or Rinku Bhabhi.

Also read: Dear Sunil Grover, get over Kapil Sharma. About time you launched your own comedy show

After the controversy started, Sunil Grover said he was thankful to his fans for their support. He also hinted towards an uncertain future and added he was not sure what life had in store for him. In the tweet, Sunil Grover tweeted a picture of his son and added he made him believe in the good. 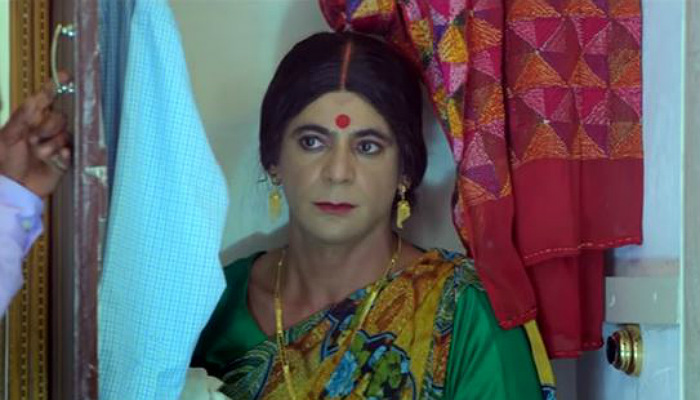 Sunil Grover in a still from the video (Courtesy: YouTube/Elephant Company)

Meanwhile, there are reports that Raju Srivastava has replaced Sunil Grover in the show.